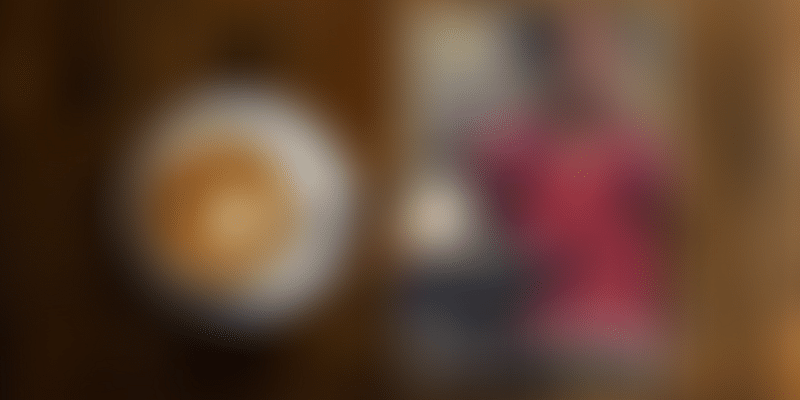 Much has been written about India’s successful entrepreneurs, and this book too begins by profiling media startups and rural entrepreneurs. But given the constraints and disparity in India, some of this aspirational energy also ends up being manifested as frustration, rage, hate, and scams.

With more than half of India estimated to be under the age of 25, dreams of quick fame, money, relevance, influence, and prestige abound. Youth activities and aspirations are well captured in the compelling book, Dreamers: How Young Indians are Changing Their World, by Snigdha Poonam.

“A wave of aspiration is sweeping through the hinterland,” Snigdha begins. “Young Indians are using their imagination to create options – economic, political, cultural – in the unlikeliest of spaces,” she adds.

Most of the case studies are of male characters in North India, but some of the findings could apply to many other parts as well. The vivid cultural descriptions of challenges like toxic masculinity and the politics of identity show that not all is well in the new India.

Hope and worry, optimism and dystopia, all mingle in the narrative. The book was obviously written before the COVID-19 crisis, whose larger implications in future will be cause for concern as well.

The book is a compelling mix of storytelling and broader cultural analysis. Delhi-based Snigdha Poonam has written for The Guardian, New York Times, Granta, and Hindustan Times. She is also a recipient of the Journalist of Change award.

The author cites a number of studies that caution that much of India’s bulging youth population is ‘uneducated, unemployed, and unemployable’. Frustration has led to agitation over job quotas in many states.

“This is a generation of Indians hanging between extremes. They are hitting adulthood with the cultural values of their grandparents – socially conservative, sexually timid, God-fearing – but the life goals of American teenagers: money and fame,” Snigdha describes.

These youth are defining their own perspectives of work, success, and morality. Unfortunately, earlier notions of the values of justice, equality, and secularism are being challenged, the author cautions.

One chapter profiles the founding team of Indore-headquartered content farm WittyFeed. It launched with the ‘clickbait’ model of viral content, appealing to the curiosity sentiments of US audiences. The focus is now on the Indian market as well, particularly entertainment and politics.

Snigdha traces the journey of its founder, Vinay Singhal, a software engineer who grew up in a Haryana village and chose the internet as a platform to become rich and famous. The company’s culture is a mixture of Silicon Valley ideas, US pop culture, and Indian values.

“For generations, ordinary young Indians didn’t have an option but to work for wages; now, every second one of them has an idea for a startup,” she observes.

Unfortunately, some of these entrepreneurs have also crossed the line into bribery and corruption. Ironically, the “ability to be corrupt is a badge of honour” in some circles, Snigdha explains.

Industries like the call centre sector drove a large wave of English-coaching centres in India from 2000 onwards. “The business of spoken English soon took over the landscape of aspirational India,” Snigdha shows.

Speaking English is seen as a route to a job as well as a broader view of the world. At the same time, this opens up some contradictions with respect to national pride; this should not lead to embarrassment about Indian culture, some of the protagonists in the book caution.

“Is it possible for an Indian to love both English, a foreign language, and the motherland? This is perhaps the trickiest dilemma the global Indian faces,” Snigdha observes.

Some of the author’s journeys take her to smaller cities and towns like Ranchi, where she grew up. Unfortunately, many Tier-II cities suffer from a mess of “traffic, pollution, crime, and sewage,” she laments.

Politics is another outlet for the aspirations of many youths in smaller towns of India, she observes, profiling a Bajrang Dal member and a gau rakshak. Sadly, extremism, and supremacism have become a prevalent ideology, particularly for “the angry young men.”

“Economic growth over social justice, majoritarian democracy over liberal democracy, cultural nationalism over secularism, boundary wars rather than friendly relations” are some paths chosen, Snigdha describes. This has spilled over into social media and street violence as well, as the youth “rage against irrelevance.”

“Every major Indian campus is a battleground today,” the author laments. For example, toxic campus politics led to the suicide of Dalit student Rohith Vemula at the University of Hyderabad.

Snigdha says many of her forays into modern Indian uncovered the “anxieties of young men” who no longer know their relevance in the world. “What they find hardest to deal with are women who do,” the author explains.

Two chapters delve more into the darker side of youth energy funnelled into scams. These include endless promises for opportunities into the world of modelling, fashion and movies, all for a quick one-time deposit.

Other unscrupulous tricksters have launched tax fraud and tech support scams targeting US consumers. They make phone calls posing as supposed IRS officers, or infect computers with malware and charge for tech fixes.

Such scammers are “unsatisfied, unscrupulous, unstoppable,” Snigdha laments. Looking ahead, the real risk is that many youths do not have a clear sense of right and wrong, fair or unfair.

Many do not care about these positions, or switch between them as convenient. Illiberal populism and hate for the ‘other’ can be serious challenges, she cautions.

In sum, the book evocatively captures the energy and drive of many of the profiled characters but warns of the risk of being suspended between dreams and reality, between a positive future and a dystopian path.