'If what you create doesn’t outlive you, then you have failed': Top quotes by Uday Kotak 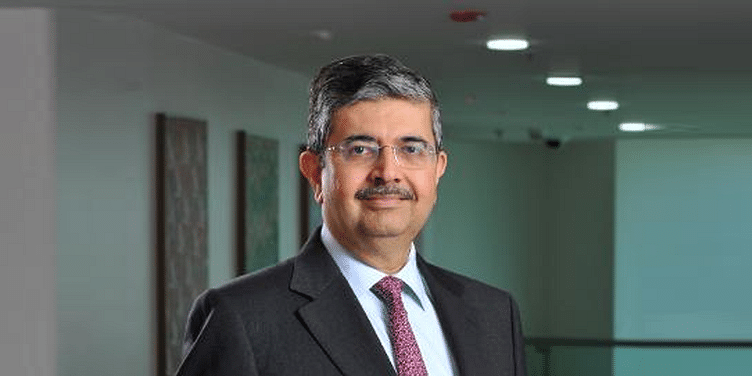 Asia’s richest banker Uday Kotak credits his middle-class values for his personal and professional growth. These top quotes by the self-made businessman are sure to inspire you today and every day.

Born in an upper middle-class family, Uday was very good in mathematics from his childhood days. It was this talent that made him pursue a career in banking. He completed his graduation from Sydenham College in Mumbai and obtained a postgraduate degree from Jamnalal Bajaj Institute of Management Studies in Mumbai in 1982.

After completing his MBA, he started a small trade-finance business by convincing his family and friends to lend money to Nelco -- a subsidiary of Tata, and provided short-term trade credit to Nelco at a rate lower than the bank’s lending rate.

After the success of this venture, Uday progressed into bill discounting proceedings. It was in 1986 that Uday established his company Kotak Mahindra, with an initial investment of Rs 30 lakh.

A huge capital was invested in his business by Indian billionaire businessman and Chairman of Mahindra Group, Anand Mahindra, which is why the finance company was named Kotak Mahindra.

In less than two decades, he created a brand name in the banking and investment industry. Over the years, Kotak Mahindra group has grown into several areas like stock broking, investment banking, car finance, life insurance, and mutual funds.

A self-made businessman, Uday’s net worth is estimated to be $15 billion as of February 2020, according to Forbes.

He was named Ernst & Young World Entrepreneur Of The Year in June 2014, and was the sole Indian financier to feature in ‘Money Masters: The Most Powerful People in The Financial World’, by Forbes in May 2016. He has established ‘Kotak Education Foundation’ to cater to the educational needs of under-privileged children.

He is also a member of the Board of Indian Council for Research on International Economic Affairs, Mahindra United World College of India, and the Indian School of Business.

“I am a great believer in Indian entrepreneurship. There is a whole set of people doing so many exciting things.”

“The single biggest resource India has is people and skill.”

“Technology is an enabler; you have to be at the cutting edge of technology - there is no choice.”

“Don’t make the wrong choice between shortcut growth and a sustainable career, and character is what will get you there.

“The trouble with opportunity is, it never announces when it comes. It's only after it's gone, you'd realise that you missed it.”

“If what you create does not outlive you, then you have failed.”

“When a lion doesn’t get its prey, it remains hungry. When the prey saves himself, he has not won, but has saved his life.”

“There’s no harm being a copycat. If someone else is doing a good job, copy. It’s free.”