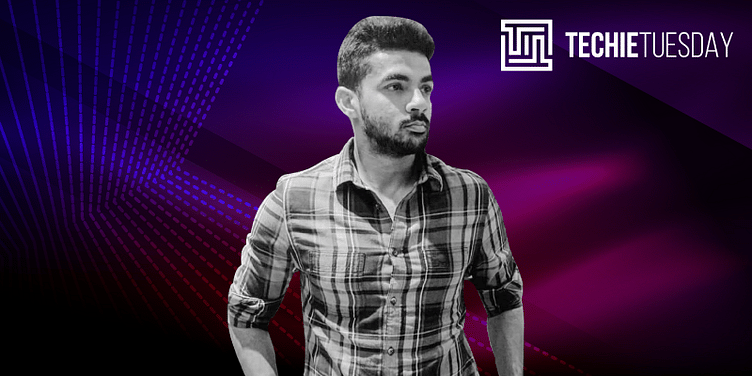 This week’s Techie Tuesday features Kanav Arora, VP of Engineering at Urban Company (formerly UrbanClap). He speaks to YourStory about his conviction in a tech-first strategy for startups and his focus on using technology to create impact.

Kanav Arora is the textbook definition of a techie. Throughout his career so far, he has engaged in and built products that stemmed from a personal pain point, and then opened up the technology to the world.

While startups build businesses and then use tech to complement them, Kanav is a strong proponent of tech being the starting point for companies looking to solve real problems and create impact.

Today, as Vice President of Engineering of Urban Company (previously called UrbanClap), he is doing just that. Leading the experience arm of technology at the home services soonicorn, Kanav has been responsible for building the core technology for the platform, the app, and its multiple micro services.

“A developer is a person who understands how to use technology as a tool to create something impactful and leverage it in the real world,” he says.

In this candid interview with ﻿YourStory Media﻿, Kanav traces his journey from India to Singapore and the US, all the great lessons that dotted the path, his tryst with some of the world’s biggest tech companies, including Microsoft, a run-in with Uber, and, finally, leveraging tech for impactful problem-solving back in his home country again.

The turtle that caught his eye

The son of an electrical engineer and a homemaker, Chandigarh native Kanav was enamoured by science from a young age. “It was all about science. I loved mathematics, physics, and everything…it was just something I gravitated towards,” he recalls.

His first tryst with computers was in Class II, when the students were taught LOGO, a simple programming language that made a small turtle move and draw a few things.  “I remember it was the coolest thing ever. For some reason, it is something I have always associated with computers and programming,” Kanav laughs.

A model student, he was academically inclined but also paid heed to his love for sports.  “A lot of my learning for my current leadership and management role comes from playing sports,” Kanav quips.

In 2002, Kanav had his eyes set on IIT, and even started his coaching classes after Class 10. But life had other plans for the youngster.

Around this time, Singapore Airlines had a programme where it chose 40 students from across India to go on a fully funded pre-university (Class 11 and 12) scholarship to Singapore.

Kanav went through the process and was shortlisted but his parents suddenly developed cold feet, wondering if he should give up the months spent in Class 11 in India and his efforts at IIT coaching.

“After a lot of deliberation, I was sent,” Kanav says, adding that repeating Class 11 did not matter in the larger scheme of things, especially given what he had to gain.

During this time, Kanav also had the opportunity to work with IBM on high performance computing to implement a powerful cryptographic algorithm (Quintal DES) using multiple clusters and distributed computing. This was at a time when parallel computing was just emerging and Kanav had good exposure to some cutting-edge technology at that time.

Next came the big decision regarding Kanav’s under-graduation.

Kanav’s computing journey began at Berkeley. “Computer engineering piqued my interest,” he says, adding that opting for it was one of the best decisions of his life. The techie was hooked from the first time he started coding on a system.

“There is a beautiful power to computing; you can create anything you want and have complete control. While creativity is rarely associated with developers, I think they’re very creative. Anything that you can imagine can be done by developers and that requires creativity,” says Kanav.

It was during this time that Kanav built what became the precursor of a sports streaming app. In 2008, he had come home on a break and was watching league matches to beat boredom.

“I would search team by team on YouTube for 5-10-minute videos and realised that I needn’t do this manually. Facebook had just come up with a developer platform to build apps, so using that I scraped a bunch of video streaming websites. I configured all the future matches to automatically scrape the video links. There were a lot of faulty links, and I wrote code to remove them. This way, for each match I was able to collect two or three great videos. This made me wonder why I cannot do it for everyone else, so I created an app where you could pick your team and it would show you the best videos of the team,” Kanav says.

While not functional now, the app worked well that year.

“I had to finish the course early as money was a constraint, but what helped was getting an internship at Amazon, Seattle. There, I worked with the dynamic landing page optimisation team to customise the landing page from Amazon’s sponsored links. I also implemented the King of the Hill algorithm to figure out the best landing page,” says Kanav.

Berkeley exposed him to a good amount of coding. He worked on building Joe-E, a subset of Java, to make it functionally pure. Kanav also worked with Turing awardee Richard Karp to provide approximate solutions in polynomial time to a NP-complete problem.

Immediately after Berkeley, Kanav joined ﻿Microsoft﻿in 2009 and started working on Office 2010. He worked to ship some key features of macro execution from client to server as part of moving Access 2010 onto cloud.

Along with the Microsoft research department, Kanav worked on a stealth incubator project to create a product to easily input and manage tasks using cutting-edge technologies of the time like speech recognition, natural language processing, and machine learning. “Think of Siri before Siri came along,” Kanav says, adding that he also was able to produce patented work at Microsoft.

As part of the core Office platform team, he had the opportunity to work on creating frameworks for all Office products to migrate from legacy desktop to modern Windows 8 apps. The first app from Microsoft Office suite to go live was OneNote Metro, designed to be used on tablets and created as a first-class interface as opposed to legacy Office apps, which needed keyboard and mouse.

Warring with dragons and starting up

Pocket Gems was a small startup at that time, with only 30 developers, and was one of the first firms to venture into mobile gaming. Here, Kanav found an ideal work setup, as it was marrying two of his personal interests: gaming and coding.

“If I had anything I wanted to do I could do it without restriction. Whatever I had done as personal projects could be replicated in a work environment,” he says.

This was around the time dragons was on everyone’s mind, with the release of HBO’s Game of Thrones. The marketing team at Pocket Gems wanted to take advantage of the momentum and the company decided to build a game around dragons.

Kanav was the lead developer for War Dragons, a game that makes the company $300 million in revenue and has 25 million installs.

“﻿Apple﻿had then come up with a turn-based solution game and I hacked it up to create a communication channel and a mock game where one person could attack and another person on another server could defend. I built it over this and people loved it. The game had three dragons. I took inspiration from Warcraft,” he recalls.

War Dragons was a key driver behind Tencent's $150 million investment in Pocket Gems. It consistently ranked among the Top 50 revenue grossing games on iTunes.

Around 2014, the startup scene in the Valley was exploding, and Kanav wanted in. He was a part of the founding team at Stuph, a community platform using social connections to create a repository of reviews on movies, books, and products.

“For this to succeed, I had to write crawlers to all major sites like Amazon, Best Buy, IMDB, Rotten Tomatoes, and Google Books, and develop algorithms to build relationships between them for similar entities. We had raised funding of $1.5 million,” says Kanav. However, the startup did not take off.

The app that got ﻿Uber﻿ire

Circa 2015, Mashable featured an app in its top-five list. Soon, Product Hunt followed suit. But it was also served a legal notice by Uber. The app was Cabalot. Its creator? None other than Kanav.

Around that time, San Francisco saw the rise of several cab companies competing fiercely with each other.

“Often, there were surge zones, and if you changed your pin location to a block or two away, the price was lower. All you had to do was walk a few blocks. After sometime I decided to make it simpler. So I hacked up the private APIs of Lyft and Uber and created a utility for myself,” says Kanav. The result was Cabalot.

The app allowed users to input their location and the range they were willing to walk to find a cheaper cab. The app automated the appropriate prices depending on these two parameters and threw up the cheapest option for an Uber or Lyft drive.

“It was a pet project, but Uber and Lyft caught on soon and Uber sent me a notice, so I had to shelve it. Things like this became a pattern. Anything that I do over and over again in real life, I find a way to fix and automate it first for myself and then open it up to the world,” Kanav adds.

Cabolot had over 1,000 DAUs before it shut down.

In 2016, Kanav was at a crossroads. Stuph wasn’t working out and Cabolot seized operations. The techie decided to return to India.

“India was booming then. The US seemed to have a lot of first-world problems. In terms of solving for and creating an impact, India was the place to be,” Kanav notes.

After coming back, he met with several startups, but it was the Urban Company founding team that had Kanav convinced.

“While it was a pure business ops startup, there was a lot of opportunity to leverage tech. I loved interacting with the founders, who seemed focused on execution. I joined the team in its early days,” he says.

Kanav has worn multiple hats here: he started off leading all the app teams and their development. He then led the web team and got deep into React framework.

“I started getting into solving for scale and paved the way for micro services at UrbanClap,” he recalls. Today, Kanav is the VP of Engineering and leads the experience arm of technology at Urban Company.

His team’s work involves a lot of data to solve capacity and assignment of jobs to the right professionals in real time. Kanav is also working with technologies like computer vision and ML to solve for safety and fraud and making sure key SOPs from the service experience point of view are adhered to.

He reiterates his belief in a tech-first strategy for startups. "We focused on the platform first and decided to build small Lego blocks with configurations on top of which the business could build up and scale. You don’t think scale and then build tech; it works the other way around. If you build a platform, any optimisation you make on the platform affects everything,” Kanav says.

He adds that while it may be a slow process initially, in the long run it can become super productive for the company and can help it achieve scale.