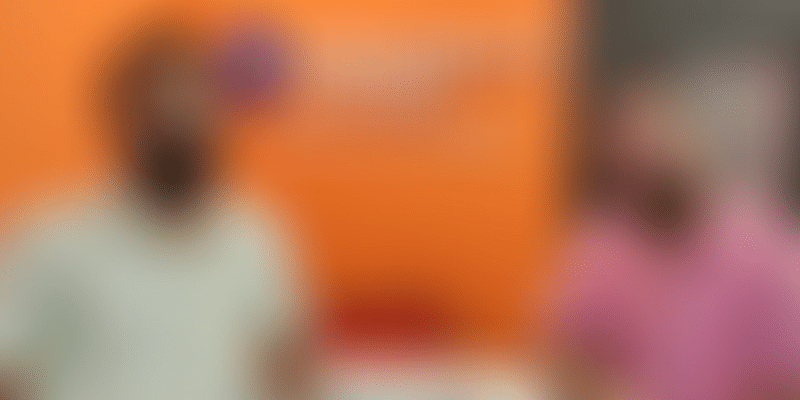 Saurabh Arora’s family was in the furniture business for generations, something he was sure he did not want to join. After pursuing a career in banking, he set up Noida-based student housing startup University Living in 2015.

Saurabh Arora grew up in Meerut, Uttar Pradesh, a couple of hours drive from the national capital, Delhi. His family was in the furniture business for generations, something he was sure he did not want to pursue.

After finishing high school from his hometown, he joined the College of Vocational Studies, Delhi University, to study economics. That is where he would meet his friend and future co-founder Mayank Maheswari, a batchmate studying commerce.

Before starting University Living, Saurabh had a career in banking and Mayank in research and consulting. Both friends happened to have had stints overseas as post-graduate students, which is when they stumbled upon the problem statement for their future startup.

An Army colonel, a fashion designer, and a CA want to keep you ‘safe’ with their startup

It was Saurabh who first went to the UK on an exchange programme to the University of Nottingham, as part of his MBA from Infinity Business School, Gurugram. While there, he struggled to get accommodation and had to stay in a hotel for one and a half months, for which he ended up paying a “fortune”. Shortly after, Mayank went to the University of Northampton to pursue an MBA and struggled with the same problem.

“The college and university-promoted accommodations were all filled when Mayank and I went,” Saurabh says. According to him, only 17 percent students manage to get university accommodation across the globe; the rest have to fend for themselves.

The duo knew there was a problem waiting to be solved. University Living was launched in 2015, with the tagline “home for every student”, and an aim to plug the gaps that existed within the student accommodation ecosystem globally.

The startup is paid by its accommodation partners from their annual marketing spends. The students do not pay University Living anything, unless they are looking for customised or specialised services beyond what is already available on the platform.

The startup acts as the marketing-cum-listing partners for student accommodation providers such as UK-based Nido, Australia-based The Student Housing Company, and Ireland-based LIV.

Noida-headquartered University Living has a footprint in 210 cities across 15,000 properties, with an access to one million beds. The geographies covered include UK, Australia, and Ireland, and it has started to make inroads into the US and Canada. The company also provides accommodation to students in India through its Indian partners.

University Living competes with a number of domestic and international startups operating in the same space. Some of its competitors include student.com, UniAcco, and AmberStudent.

Saurabh believes competition is good because the “market is deep”. The student housing market globally is pegged to be worth over $200 billion.

He adds that all of the startup’s accommodation partners are carefully handpicked to ensure there are no last-minute unpleasant surprises for the students, and that their safety and security is of paramount importance. “They get exactly what they sign up for and there are no hidden charges.”

The startup managed to break even in its first year of operations and has been profitable since, according to Saurabh. In terms of revenues, it has managed to scale consistently from the first year, where it clocked  $2.2 million (Rs 16 crore).

University Living will close the current financial year with a topline of $39 million (Rs 300 crore), Saurabh reveals. Started as a one-man show, the startup currently has an 80-member team, with marketing offices in London and Melbourne.

It also recently launched a student housing management platform for its accommodation partners as a SaaS (Software as a Service) product. “It is a property management system for student housing, to help manage properties better, plug leakages, help scale business, and create more value for our partners,” Saurabh says.

Meet the Delhi boy who failed at DU, made it to Oxford, and then set up a profitable AI startup

University Living was initially started with Rs 40 lakh from Saurabh and Mayank’s personal savings. In 2018, the company raised an undisclosed pre-Series A funding round, led by India Angel Network (IAN) and LetsVenture. Currently, it is in the market to raise a Series A round to the tune of $5-7 million.

“Talks are currently under way with both domestic and international venture capitalists (VC), and we hope to close the round over the next three to four months,” Saurabh says.

Existing investors would also participate for a follow-up round, he adds. The fresh funds would be used to go “deeper into the US and Canada”.