Why data centers are the key to India’s digital economy 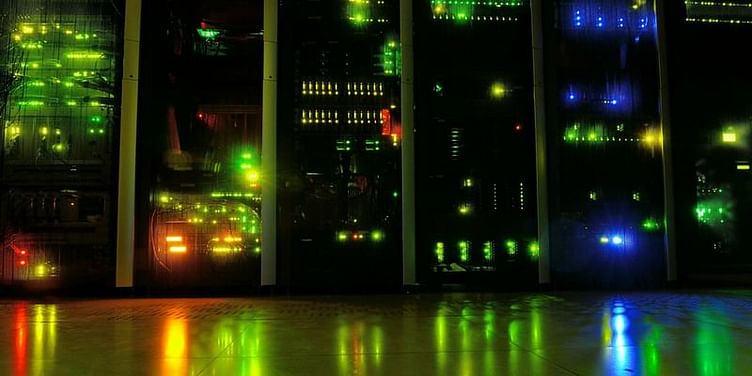 A look at edge data centers -- a new kind of data storage network that is highly localised -- and their significance in the modern business environment.

Data has become the lifeblood for commercial and governance activities in the 21st century. On a daily basis, we generate colossal amounts of data from terrestrial and extra-terrestrial sources such as satellites, space probes and space telescopes.

In this age, when technological advancement has become the norm and we have machine learning processes taking over the manual input system, the rise of a data-dominated global economy is inevitable.

Internet connectivity has seen an incredible improvement all over the world, especially in the last few years. We have leapt from 2G to 5G in a considerably short span of time. The ease of connectivity, in turn, has helped in creating technology based on bio-sensors, light and temperature sensors and a plethora of touch-less smart devices with wide-ranging applications.

The scenario is increasingly becoming like futuristic landscapes described in Hollywood superhero and sci-fi films. People stepping into their balcony parking on the 50th floor of a high-rise apartment and driving/flying away in a car or drones/robots delivering packages to your doorstep are already closer to reality. Driverless cars/trucks and other vehicles are almost production-ready. These devices have not only taken automation to an entirely new level, but with the help of cloud storage, they have also become sources of personalised data generation.

At an enterprise level, this proliferation of data touch-points requires large-scale storage facilities, which are usually provided by the data centers. Thus, the data center market is witnessing a boom, with demand outpacing the supply.

In India, the demand for data centers is also boosted by regulations related to data security and localisation. Imagine the peril that hackers can pose to personal and financial data on an individual and an organisational level.

Scenarios like Swordfish have already occurred in Bangladesh and other countries, where suspected North Korean hackers successfully stole hundreds of millions of dollars from banks by breaking into their servers. By ensuring storage of sensitive data within a country’s boundaries, the risk can be reduced to a great extent.

However, for homes, private buildings and SMEs, a new kind of data storage network, called edge data centers, has rapidly emerged in recent years. Edge data centers are highly localised storage facilities, which can effectively cater to a building, an organisation’s internal clusters of machines as well as external machines with access to the internal network. This becomes highly important in the modern business environment, where organisations have amixed workforce comprising employees located in different geographical regions or those working from home.

The current and unfortunate scenario of the global outbreak of COVID-19 underscores the criticality of data centers in the digital economy of the 21st century. Every new day, there are newer curbs on travel and physical interaction among different countries and geographical regions. Countries like China, Italy, and Spain are already going through region/nationwide lockdowns and a large number of other countries including USA, India and European nations have imposed travel bans.

With this increasing isolation, digital communication becomes more of a necessity. Regular employees are being made to work from home and given access to use data connectivity to communicate with each other. Higher volumes of data are thus being generated due to even common communication being made online.

The pandemic, uncertainty, and isolation have made storage and dispersal of digital data pivotal in preventing the global economic system from collapsing. Even before the outbreak, the global focus had already shifted to AI, cloud storage and IoT. There are far-reaching benefits of using cloud-based storage, where data is stored on collocation servers in an advanced data center. For instance, we can look at four major benefits.

The data centers have multi-layered and constantly-upgraded security systems in place to prevent data theft. Such a high degree of data security requires advanced tools and manpower, which is unlikely to be available in-house for most companies. Thus, using a local data center for storing data, a business can eliminate such concerns.

High capacity data centres offer much higher uptime compared with a legacy setup that an organisation might have internally. Further, there is unmatched flexibility of operations as a business can scale up or scale down the resources deployed by it in a data center. Thus, there is no need to make heavy investments upfront in building capacity for the future by leveraging the pay-as-you-go model offered by data center.

Advanced technologies deployed by modern data centers provide a lot of scope for automation of various processes through cloud adoption. This leads to a higher degree of employee productivity, and reduced carbon footprint too.

Geographical/location barriers notwithstanding, an organisation’s employees are empowered to communicate with each other seamlessly and perform in the same way that they would have done if physically present in office premises.

We are still far away from a scenario where Jarvis can automatically perform tasks and manoeuvres deemed impossible for human beings. Similarly, there is no unified global grid, or space-based satellite system, which could be sabotaged by a person or a group to gain control of the world power.

Localised data centers hold the key to the future. They are going to provide impetus to the global digital economy while keeping data secure locally. Hence, these are exciting and opportune times for you to make the cloud adoption and enjoy the data center empowerment.