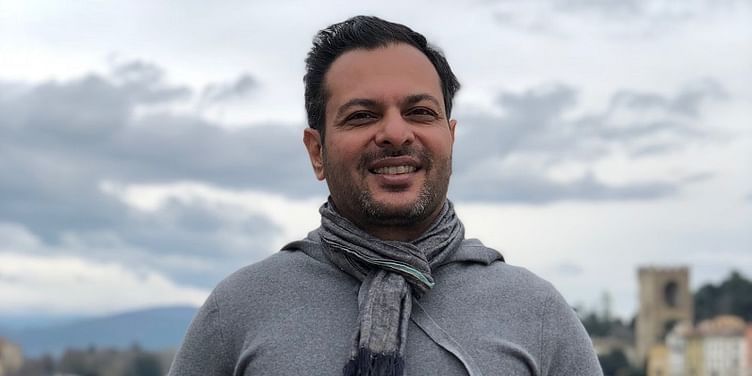 Satyen Kothari needs no introduction in the fintech industry. He co-founded ﻿Citrus Pay﻿ in 2011, a time when fintech wasn’t the catchphrase it became later.

By the time he exited the company in September 2016, after Citrus got acquired by Naspers-backed PayU in what was then the largest deal in Indian fintech, the former had grown 2.5X bigger. Digital payments had taken off in the country, and two months after the Citrus buyout, demonetisation gave the sector a dramatic push.

“Payments was a big wave then but with UPI coming in, there was no business model. The lending craze happened some years later. Now the pendulum has moved towards a consumption versus savings pattern,” Satyen tells YourStory.

The entrepreneur, who went on to launch Cube Wealth in 2018, believes that savings and investments will gain from the current coronavirus crisis. “Due to the lockdown and lower discretionary spends, people have more money in their bank accounts, and they like that. New habits will form due to this,” he says.

And, Cube is ready to feast on this new consumer behaviour.

What is Cube and what it offers

Cube is an app-based wealth management platform, which wants to make investing and financial planning simpler for ‘busy professionals’.

“We’re saying ‘busy professionals’ because this set of people likes simplicity, don’t want to drown in data, but also respect their money and want to stay informed about it,” explains the Founder-CEO.

Cube lets users invest in 12+ asset classes, including stocks, mutual funds, foreign equities, P2P lending, digital gold, and even charitable investing to build a well-rounded portfolio or what Satyen calls a “perfect portfolio”. Users pay no charges for India investments, and can start with as little as Rs 5,000 in SIPs.

Cube’s key differentiator is ‘wealth coaches’ who offer personalised guidance to users based on their current investments, cash flows, risk appetite, investing goals, and so on.  Cube users can also access the fund managers’ profiles on the app.

“These are handpicked advisors with over years of experience in investing. They are advising people on what to do with their money. They analyse the market and advise users on what to sell and what to buy. The wealth coaches help users rely on us.”

The platform has top-tier SEBI-registered advisors and RBI-registered asset providers such as Alchemy Capital, Ambit, Marcellus, Zerodha, SBI Mutual Fund, Faircent, Motilal Oswal, Mirae Asset, and more. “We are distributors of their products, and we earn when those get sold,” says Satyen.

In about two years, Cube customers generally invest in three instruments, and the average portfolio per user is $10,000. “That is 7X to 8X larger than the industry average, and it is because of the asset options users have,” says the founder.

Without disclosing overall assets under management, Cube shares that they are growing at 25 percent quarter on quarter. The startup claims that its portfolio has remained steady even in the last few months, which have been trying and uncertain.

“I’m actually surprised that people haven’t pulled out. This shows that they know the value of long-term investing. But they can track equity performance and liquidate with the press of a button if they want.”

“About 90 percent of our users are male. In India, most investing decisions are controlled by men. But we’d love to change that,” Satyen reveals.

Cube rolled out foreign equities and other alternative asset classes like gold and P2P lending, going beyond the traditional asset classes of mutual funds and stocks.

“With the historical depreciation of the Indian rupee, a lot of users wanted their wealth in US dollars. These are people who want to send their kids to foreign colleges. They are globally aware and want to invest in the global economy. From a user perspective, separate apps don’t make sense. They have one pool of money to invest and want one platform with a unified view of their entire investment portfolio.”

The platform gets customers from India’s top 30 cities, and seven foreign markets. It also launched NRI investing in 2019, and is witnessing significant uptick on that front.

In October 2018, Cube raised a Series A round of Rs 14 crore (approx. $2 million). Singapore-based venture fund Beenext, Japan-based Asuka Holding, and US-based VC fund 500 Startups participated in the funding round.

Incidentally, Beenext was also one of the early backers of Citrus Pay.

Teru Sato, Founder of Beenext, said, “I enjoyed working with Satyen when he was managing Citrus Pay, and we are excited to back him and his team again at Cube. His passion for doing what’s right for the consumer in terms of design thinking and customer-centricity makes him a special entrepreneur.”

The startup is not planning to raise any capital this year. “We’re a tight ship and will raise money only when we have to grow,” explains Satyen.

In April, Cube launched gamified investing on its app. “The idea is to cultivate an investing discipline in people. They get to pick any amount they are comfortable with, and we give them cash prizes to create a positive investing habit. It is an incentive on their investment,” the founder explains.

Given the sustained growth in the wealth management space, creating a differentiation is almost imperative. Gamification not only serves as a differentiator, but can also improve customer engagement on the Cube app.

India's wealth management sector is projected to grow at 27 percent for the next five years to Rs 400 trillion, according to Capgemini’s World Wealth Report. Cube Wealth competes with the likes of Paytm Money, ETMoney, Kuvera, Groww, INDWealth, Scripbox, Vested, and others in this rapidly-growing segment of fintech.

The startup has also embarked upon a new product, which will enable 50 different nationalities to start investing in the Indian market. It is slated to roll out in the last quarter of 2020, the founder reveals.

Satyen believes that the overall fintech space will see some systemic changes post the coronavirus pandemic. He says,

“The pandemic has shown that digital is no longer a nice-to-have thing; it is a requirement. Now providers and regulators are also saying that digital signatures will be allowed for multiple asset classes. And once you go digital, there is no reason to go back.”

So, the next few quarters could see the growth of players that had been on the fringes so far, as segments like payments and lending were taking off.

“It needed a trigger event — what demonetisation did for payments, coronavirus will do for e-KYCs and fintech infrastructure,” says Satyen.