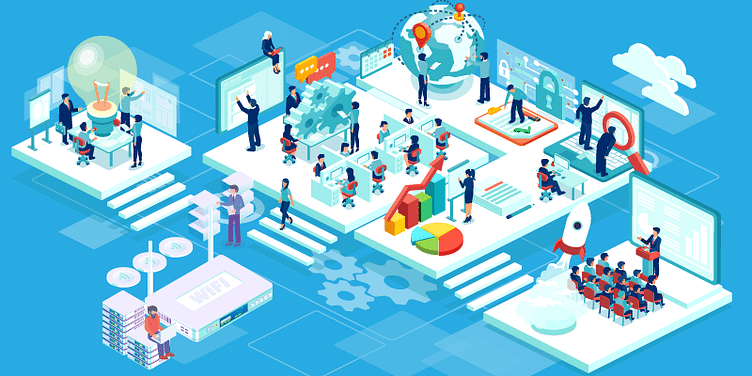 Entrepreneurs from Jammu and Kashmir unanimously agree that the lack of internet infrastructure in the region is the biggest challenge for tech startups.

Dal lake, lush green valleys, and the snowcapped Himalayas — Jammu and Kashmir makes one of the most preferred tourist destinations in the country. However, political disputes and terrorist activities have dealt a severe blow to the J&K startup ecosystem.

Last year, the Indian government revoked the special status of Jammu and Kashmir under Article 370 of the Indian Constitution, and also dissolved it as a state, making J&K and Ladakh the Union Territories of India.

Following the amendment, the internet was suspended in the region for almost 198 days, and currently, the mobile internet speed is restricted to just 2G.

Speaking to YourStory, entrepreneurs from the state agree that the lack of internet infrastructure in the region is the biggest challenge for its startup ecosystem.

However, this conflicts with what the Finance Minister Nirmala Sitharaman highlighted during the Union Budget 2020 presentation earlier in February – deep technologies such as artificial intelligence (AI), IoT, quantum technology, and data analytics will drive the growth of the country in future.

Now, without the availability of high-speed internet in the region, the startup ecosystem of Jammu and Kashmir is facing a major hurdle in helping the country progress in innovation.

According to Internet Shutdown Tracker, Jammu and Kashmir have observed a total of 184 internet shutdown instances since 2012.

Ubair Shah, Founder and CEO, efruitmandi.com, an agritech startup based out of Lassipora in J&K, says that whenever one talks about technology, one needs to talk about the internet, which in itself is a major challenge in the state. “Not only the internet, but phone services also sometimes get suspended in J&K, making it very difficult for startups to sustain,” he adds.

At present, one cannot imagine staying in a world without the internet, and for startups, it is imperative to have both high-speed internet and technology to sustain innovation.

While it took him 17 hours to develop the portal, with access to 4G speed internet, Onkar claims the website would have been developed in five to six hours.

Siddarth Gupta, Founder of SID07 Designs, says, “Internet is the basic thing missing in J&K, and right now, I am working on 2G speed. I believe it has been nearly six to eight months that we have had access to high-speed internet here, but I hope this is a temporary issue, and someday it will get fixed.”

Jammu-based startup SID07 Designs is engaged in building novel solutions in the form of physical and tangible products to solve problems faced by the masses, and has 11 innovations so far in different sectors. Owing to the internet disruptions, he claims that he has also faced challenges in finding good employees and skilled labour for his startup.

Similarly, entrepreneur Abid Rashid, Co-founder of FastBeetle, a logistics startup headquartered in Srinagar, says, “Being a tech-based logistics startup, the only challenge we face is internet shutdowns. We were doing well last year, but our sales took a blow after the internet was suspended in the region, and we had to shut down for almost eight months.”

Investors, too, are wary of the lack of high-speed internet connection and shutdowns that keep happening regularly in the region, resulting in their reluctance to invest in Jammu and Kashmir-based startups, says Abid.

He adds that his startup FastBeetle was in talks with investors for funding. “While the business model and progress of the startup was liked by them, the possibility of suspending operations during internet lockdowns made the investors unsure,” Abid claims.

Further, he adds that Jammu and Kashmir is a region of unrest and dispute, and that might also be a reason for investors to not be interested in the startups headquartered here.

“Investors are not very big on J&K startups most of the time, because not many startups have come up and made big from this region, for one. Secondly, for someone to invest in a startup, they would expect basic infrastructure and facilities to be available. For India, the curfew is happening now because of coronavirus. But in Jammu and Kashmir, it is a very normal thing and can happen once or twice every month. In instances, when the curfew goes up to a week, manufacturing companies will need to suspend operations. And this is a big loss for the stakeholders,” Siddarth says.

Jammu and Kashmir came up with its startup policy in 2018 after it got an approval by the State Administrative Council in September. In a bid to promote entrepreneurship in the region, Jammu & Kashmir Entrepreneurship Development Institute (JKEDI), outlined a few policies for startups.

According to the nodal agency responsible for the implementation of the policy, a monthly allowance of Rs 12,000 will be given to the startups for one year, during its incubation period. Further, recognised startups will receive one-time assistance of Rs 12 lakh for product research and development.

“As of now, not many angel investors or venture capitalists are coming in to support startup in Jammu and Kashmir, but we are working on setting it up. However, the conditions have not been favourable since last one year,” says Irtif Lone, Incharge of the Centre for Innovation Incubation and Business modelling at JKEDI.

He explains that while several investors do not find Jammu and Kashmir-based startups attractive, the startups, too, need to “rise above the occasion”, and get to a level with other startups to be recognised.

According to Irtif, with the help from the central government, Jammu and Kashmir is progressing at a speedy rate, and within the next two years, it will definitely reach up to the startup ecosystem across major cities in India.