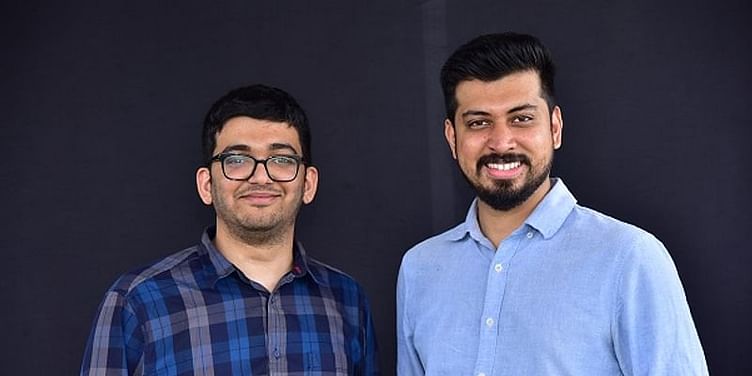 Never before has voice automation been more in focus than in the post-COVID-19 world, where physical distancing, work from home, and contactless interactions have become the new norm. And one voice automation startup – Vernacular.ai – is riding this wave.

Vernacular.ai – which helps enterprises automate call centre queries using its multilingual voice automation platform VIVA – is seeing a pronounced increase in demand and new client signups, both in India and overseas, as the ongoing pandemic accelerates the adoption of automation across sectors, says Co-founder and CEO Sourabh Gupta.

At a time when companies across India grappled with the abrupt move to a remote working environment, many were inundated by a surge in customer support queries that forced enterprises to consider a product like VIVA as their own customer contact centres’ operations remained disrupted.

“So, the roadmap has changed; the priorities have changed. This is a good tailwind for vernacular,” he adds.

Its Vernacular Intelligent Voice Assistant, or VIVA, is currently being used by its clients in different sectors such as banking and financial services, food and beverage, and travel and tourism to automate up to 80 percent of their call centre operations.

“Earlier, it was a few sectors, but now, everyone wants automation. As of today, you name a sector and we’re working with them,” Sourabh says.

VIVA, which uses cutting-edge natural language understanding (NLU) and speech recognition technology, supports around 10 Indian languages, and enables hyper-personalisation of customer calls with its ability to understand the various characteristics of the speaker.

Enterprises use VIVA to boost efficiencies and improve customer loyalty through its capacity to resolve inbound queries quickly. Also in a time of crisis like this pandemic, VIVA’s ability to understand the customer’s context and intent helps enterprises stay customer-centric and exercise empathy and sensitivity in their messaging.

Last month, Vernacular.ai was among a select group of Indian startups that were still able to raise money from investors, despite the ongoing uncertainty that has negatively impacted funding in the ecosystem.

Vernacular.ai raised $5.1 million in a Series A funding round, led by Kalaari Capital and Exfinity Ventures, with participation from Angelist syndicate led by Aaryaman Vir Shah from Prophetic Ventures and LetsVenture syndicate led by Sense AI.

The startup, which is planning to use these funds to invest in research and development as well as expand into Southeast Asia and the US, is seeing “great traction” in these overseas markets and is already in the final stages of closing a few deals, particularly in Indonesia, Sourabh reveals.

“What we're also seeing is that because of COVID-19, you are no longer expected to be there in person for closing these large enterprise deals. So, you might as well be sitting in Bangalore, instead of travelling to San Francisco, New York, or Jakarta because this is how the world is communicating right now. So, the cost of selling globally has also reduced,” adds Sourabh.

As it looks to expand globally, Vernacular.ai is also enhancing its multilingual AI platform to add more languages, including Southeast Asian languages, US English, UK English, and Australian English. It is also building more speech attributes in the system, Sourabh says.

For Vernacular.ai, which is setting its sights on becoming a global voice AI company, its expansion into the Southeast Asian and US markets may well be the first of many.

As it expands, the SaaS startup is employing strategies learned from operating in a diverse market like India, including adopting a consulting approach when selling the product.

“In a lot of Southeast Asian markets too, what we are seeing is that there is no product like VIVA. We are the first ones introducing this, which is very similar to how it was in India,” notes Sourabh.

Despite being among the pioneers to introduce the concept of voice bots for large enterprises in India, Vernacular.ai was still able to win over clients in various sectors, including online gaming, travel and hospitality, banking and insurance, and food and beverages.

“We've been able to figure out how to win the first few deals and build a strong foothold in the Indian market and that’s something we’re already replicating in other geographies,” reveals Sourabh.

In the next few quarters, Vernacular.ai will boast clients from outside India, he adds.