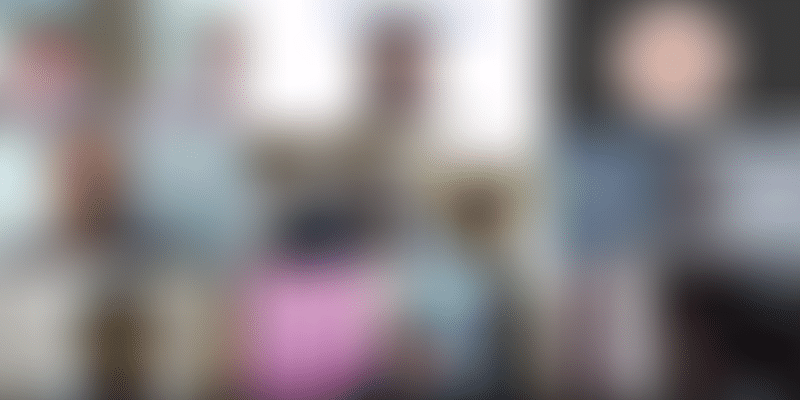 The Qualcomm Innovation Fellowship (QIF) is an annual initiative by Qualcomm that aims to recognise, reward, and mentor research students working on a broad range of technical research areas, based on Qualcomm’s core values of innovation, execution and teamwork. QIF enables graduate students to be mentored by Qualcomm’s engineers and supports them in their quest towards achieving their research goals. This is a global programme, which is being executed across few countries where Qualcomm has a presence.

As is the nature of the programme, QIF is open to student/faculty teams from preselected higher education institutes. In India, after the completion of the Fellowship, a super-winner team from the QIF winners for that year is selected who will then be supported by Qualcomm to further the research as stated in the winning proposal. In addition, the other key iteration to the QIF programme in India is that the Fellowship is open to students pursuing their Bachelor’s in the preselected institutes, in addition to those pursuing Masters and PhD programmes. The universities of the winning teams are awarded a fellowship grant of Rs 10 lakhs to fund the teams, team members and faculty advisors for conference travel and research expenses.

The programme was launched in India in 2016 and has so far awarded the fellowship to 43 teams. This year, 12 teams from prestigious Indian institutions like IITs, IISc, Indian Statistical Institute Kolkata and IIIT-Hyderabad have been selected for the Fellowship.

On July 14, 2020, these 12 teams selected for QIF 2020 were given an opportunity to share an overview of their research with Shri Ajay Prakash Sawhney, Secretary, Ministry of Electronics and Information Technology (MeitY), through a virtual platform. Also present were Shri Saurabh Gaur, Joint Secretary, MeitY.

The interaction began with Rajen Vagadia, VP and President- Qualcomm India & SAARC giving an overview of Qualcomm and its operations in India. In his opening address, he said, “As a global leader in wireless technology, we have invented foundational technologies that have transformed the way the world connects and communicates. Today we are the major driving force behind the development, launch and expansion of 5G.”

He also highlighted that this has been possible because of Qualcomm’s focus and investments in R&D, and that Qualcomm is among the very few companies in the world that invests more than 20 percent of their topline in R&D. “We own over 140,000 patents which have been filed over the last 35 years.”

Rajen also deep-dived into some of Qualcomm India’s contributions to the growth of the technology landscape in India and key milestones. He says. “We are proud to say that we were the first to work with ISRO to bring the Made In India Navigation with Indian Constellation (NavIC) to the smartphone. We were also the first to bring local language support on mobile platforms and even before the government made it mandatory.” He explained that Qualcomm played a key role in the massification of 4G.

“If 4G came to India the way it did, we were the key anchors that made it possible. And, with it we brought the internet to the masses. Today, we have over 100 million smartphones that work on Qualcomm platforms. And, this was developed bottoms up, wherein we worked with a mobile phone operator to make this possible.”

He also highlighted that one of the key areas of focus for Qualcomm in India is to make technology available to everybody. “Voice technology was premium technology service in developed countries. But today, even a person from a village from a developing country can use that very technology at almost zero cost. And, in due modesty, we take pride in catalysing and making this happen.”

Dr. Dhananjay Gore, VP Engineering, then detailed about the Qualcomm innovation fellowship. He shared that Qualcomm has always had a very close engagement and collaboration with academia. “We have a very active University Relations programme. Globally, it takes many forms. We have direct engagement with faculty. We support conferences. We sponsor lectures. And, here, the QIF is a student-focused effort.”

He explained that the QIF started way back in 2009 in the US, expanded to Europe and then made it in India in 2016. “In India, we started with four pre-selected educational institutes, which has grown over the years. Today, we have tripled the programme’s reach. This year, we have 12 educational institutes which are participating.”

QIF 2020 saw over 90 high-quality proposals. Dr Dhananjay explained that the final selected research proposals cover a wide spread of subjects - from ML models in multimedia to security and will play an instrumental role in expanding cutting edge research.

He shared, “This year, we have seen that the applications have a lot of scope for practical development. We are excited to support that as well. It was extremely tough to select the final 11 proposals for QIF. They went through extensive vetting from top researchers from Qualcomm India as well as from our global teams.”

Recognising the potential and contribution of researchers

Shri Ajay Prakash Sawhney, who keenly engaged with the research fellows, shared that the research proposals were fabulous and displayed potential. He appreciated Qualcomm for driving the initiative. He shared that due to the long gestation period of research work, researchers are often underrepresented and do not get enough limelight and that’s why an initiative like QIF becomes significant.

He shared, “I am a believer in the potential of Indian institutions. Thanks to Qualcomm for not just recognising some of the extraordinary work that is underway, but also providing mentorship and taking it towards maturity.”

He congratulated the QIF 2020 winners and said that they would now be embarking on yet another milestone in their research journeys. “I hope to revisit them and understand the progress that has transpired in the time to come.”

In his address, Shri Ajay Prakash Sawhney highlighted how the government has been working in the last few years to build nationwide sectoral digital platforms and how there is a potential to bring them all together under one platform to achieve scale and impact. “The one harmonised nationwide platform can integrate all the sectoral projects systematically into one large ecosystem, where the efforts of government can be supplemented by the industry, startups and research groups.”

He added that the electronics and manufacturing industry is seeing a fast-paced growth.

“It started with enabling the assembly of mobile phones in India. Today, we also have good schemes that are attracting some of the largest manufacturing companies and its operations to India. Today, it’s not just mobile, but the entire ecosystem of assembly components across different verticals of the electronics industry, all of this has given a new stimulus to manufacturing in medical devices, defense electronics, consumer electronics and other related verticals.”

Ending his talk on an encouraging note, the MeitY Secretary asked the research community to aim high and work towards achieving them. “I read somewhere that there are only two kinds of failure. Failure of imagination and failure of guts. Since you are all in the knowledge business, there isn’t any scope to fail on the imagination front. So, let’s look forward to the highest possible ambitions and then go all out to achieve those.”