Best of Weekender: From a candid chat with wildlife photographer Shaaz Jung to a ringside view of boxer turned politician Vijender Singh 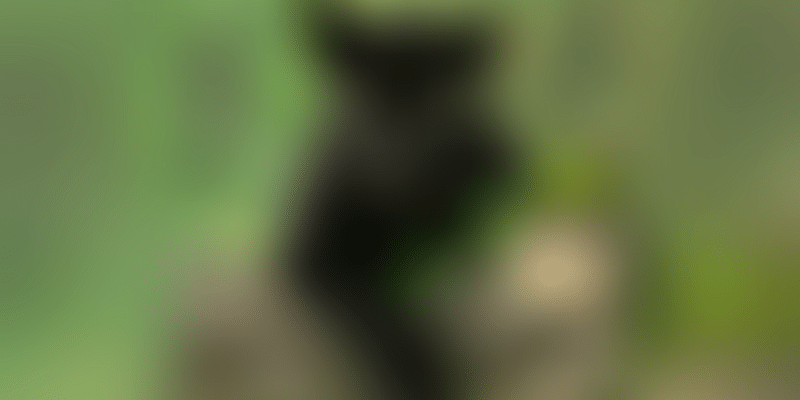 Have you been hearing about the photographs of a black panther and watching the videos that have gone viral across social media? Taken by brilliant wildlife photographer Shaaz Jung, these are the clips of the panther, Saya, which resides in the forests of Karnataka. It is one of the most magnificent beasts in the jungle, and one of the rarest animals in the world.

The video garnered two million views on social media, but only a few people know that Shaaz spent three excruciating years trying to film the panther.

In an exclusive interview with YSWeekender, Shaaz talks about his love for the jungle, how he captured Saya on film, and also offers advice to budding wildlife photographers on how to get the perfect picture on their cameras.

Akull is a multi-talented singer, composer, and producer born and brought up in New Delhi. With previous hit tracks such as ‘Laal Bindi,' ‘I Love You,’ and ‘Laal Chunariya,' he recently released a new song titled, ‘Bahana,’ which is a three-part story series, that follows his previous years hit ‘I Love You.'

His new song is dedicated to all the couples who are away from their lovers, and captures their profound yearning to meet one another amidst the lockdown.

Read our interview with singer and composer Akull, as he talks about his new lockdown single, the inspiration behind the song, how he created a niche for himself in the Bollywood industry, and his message to fans coping with the COVID-19 pandemic.

In 2010, Vijender was awarded the Padma Shri, the fourth-highest Indian civilian award, for his contribution to Indian sports. The amateur-turned-professional entered a multi-year agreement with Queensberry Promotions through IOS Sports and Entertainment in June 2015.

Don’t miss our interview with Vijender as he talks about his boxing career, joining politics, and backing an e-gaming startup.

A chance invitation to a local festival brought Delhi-based photographer Udit Kulshrestha face to face with the Wanchos, a Mongolian-origin headhunting warrior tribe settled on the Indian side of Arunachal-Myanmar borders. Since his first encounter with them in 2012, Udit has been meticulously documenting the Wanchos ethnographically and sometimes, anthropologically.

Despite the onslaught of all things digital, Udit loves print photography, and his work is print-based even now. In his endeavour to make images last for at least 170-300 years without yellowing or fading, he has taken extra care with the Wancho relics, by printing them on organic wood slices to improve the longevity of the images.

Read all about Udit’s craft and his passion for photography, his documentation of the Wancho tribe, and his new adventures after the lockdown restrictions were relaxed.

With the COVID-19 pandemic taking the world by storm and not leaving anytime soon, coping with a restrictive life in lockdown has been challenging to say the least. During the lockdown, singer-songwriter MILI composed a single at her home studio called, ‘Keep the Hope Alive.' The intent of this song was to reach out to everybody out there with a message of hope.

Known for her unconventional voice, a beautiful blend of jazz in Indian music, MILI is the melodic voice behind the hit songs like Amit Trivedi’s Meethi Boliyaan (Kai Po Che) and A R Rahman’s Parakka Seivaai (Ambikapathy), amongst others.

Check out our interview with MILI as she talks about her new single ‘Keep the Hope Alive,’ the dedication and passion that went into her previous studio album ‘Written in the Stars,’ and her message to fans dealing with the COVID-19 pandemic.

Are your favourite writers Elif Shafak, Ashwin Sanghi, Kahlil Gibran, and Shashi Tharoor? Are your real-life heroes the living saints who are labouring tirelessly to bring mankind back on the path of spirituality? Would you like to live in Chennai more than any other city in India?

If so, meet Manish Hathiramani, Founder of Deen Dayal Investments, a technical analyst, music lover, orator, horologist, and adventure sports enthusiast, who feels the same way. As a strategist, he has a keen interest in stock markets and trading.

As for his motto, ‘Seize the day, put very little trust in tomorrow,’ he believes it is an axiom that can make each day productive and fruitful.

Don’t miss reading all about Manish's greatest loves, heroes, journeys, treasures, and more in his responses to our Proust questionnaire.