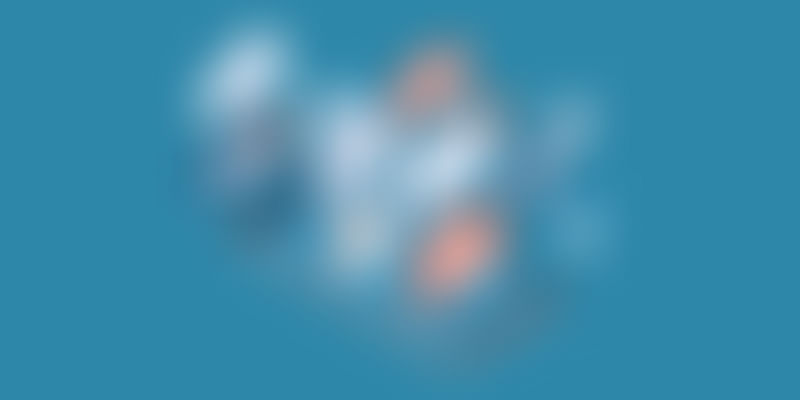 One of the key trends that emerged from the lockdown brought about by the COVID-19 outbreak was the significant rise in people seeking entertainment online. According to data released by Carat India, smartphone usage increased by 1.5 hours a week and social media consumption nearly doubled to 280 minutes a day. Of India’s 670 million internet users, a significant percentage live in rural areas, which saw a surge in demand for local language content.

ShareChat was founded by Ankush Sachdeva (co-founder and Chief Executive Officer), Farid Ahsan (co-founder and Chief Operating Officer), and Bhanu Pratap Singh (co-founder and Chief Technical Officer), in 2015. In an earlier interview with YourStory, the founders said that they wanted to build ‘a social media mobile platform that is 100 percent desi, where the majority of semi-urban and rural population do not get intimidated by the urban elite, and can be themselves without being judged.” Today, the platform offers content in 15 Indic languages representing the length and breadth of the country.

In a recent conversation with YourStory, Bhanu spoke about content consumption during COVID-19, how they are reaching out to the country’s vernacular audience and their recent transition to Google Cloud.

He said that one of the key trends the ShareChat team noticed was an increase in demand for content where people could ‘learn something new.’

“Education and recipe communities have seen a significant increase in engagement. We are also seeing an increase in the overall time that people are spending online.”

With limited external interaction, more people are engaging with other users via chat and comments. Bhanu believes that this increase in interaction is not likely to be a short-term trend, but one that will continue even after the lockdown has lifted.

Bhanu says that data has been key to helping them understand their user base better.

“When people like something, share something, or communicate, there's a lot of data that is generated into the system. So, we track this data and any kind of query that we want to run on this data, which results in a certain action in the system. We take this very seriously because it is very difficult to just get user feedback from 120 million MAU. So, we have to look at implicit ways of getting more insight into their behaviour,” he says.

ShareChat also takes feedback seriously as there are several aspects that are not available solely from the system. “We have a really good backbone in terms of tracking data and making it available for our product managers to use. This means we are able to iterate faster and come up with the right solutions.”

How Cleartrip.com is leveraging Google Cloud to survive the slump in the travel industry

In mid-June, ShareChat migrated its entire 60 million active user-base (now 120 million) and tech infrastructure to Google Cloud. Bhanu says that Google’s simple, yet comprehensive, solution was the key factor that influenced this decision.

“They offer really strong technologies, and a simple and manageable portfolio of services, which offers a lot of flexibility to build almost anything, right, when you start using a lot of different technologies.”

He says that Google’s scalable yet cost-effective offerings were an added advantage.

One of the key challenges that come with having a user base that is spread across the country, is connectivity. With many subscribers still on 2G and 3G networks, Bhanu says that being on Google Cloud has been able to cater to the extreme set of users which are spread out across networks, and has even been able to give us an improvement on the earlier architecture of their previous provider.

“So there are two aspects here – how much scale you are handling at the back end and where your users are and what kind of networks they are on. Once you hit a certain scale, you have to split it into microservices and you need a system, which is able to distribute microservices over a big cluster. Google Cloud has had these technologies for a long time now, which made it easier for us to pick these solutions and implement them right away,” says Bhanu.

He adds that the impact was immediate.

“We saw an improvement in latencies at the same payload size of the media that we are serving. This proved to us that Google Cloud is able to cater to a wide set of users, who are spread out across 2G, 3G, and 4G networks, and offered an improvement on the earlier architecture.”

In the early stages of their discussions, Bhanu said both teams only had simple conversation around solving some key issues. “We were not even talking about their services or taking our entire infrastructure to Google Cloud; however, we got a lot of information and support from the Google Cloud engineers. That gave us the confidence that these are the sort of people that we need to be in touch with when we want to solve a really challenging problem.”

The teams were able to devise a strategy of migration, which saw Sharechat running their system both on Google Cloud and the previous provider’s cloud simultaneously. They started doing a gradual migration, and measured business metrics at every stage.

“During the migration, there were certain bugs, which saw a minor drop in business metrics. But we fixed them. We soon saw an equal level of metrics and that signalled the go-ahead for us to do the complete put over. Since then, we have seen performance improve because Google Cloud’s technologies are architected really well and they give us the maximum performance possible.”

Bhanu says that the observability tools in Google Cloud were also very helpful. “The configuration is dynamic, so you can choose to log everything or log nothing within minutes. So, whenever we saw an issue, we could switch on the logs, only pay for the amount of time we debugged it, before returning to the initial state. So this was really good, both when it came to controlling costs and also gave us a very easy way to observe the system.” In terms of cost, he believes that the migration has resulted in bringing costs down by 50 percent.

The ShareChat team is optimistic about the future. He says that the team managed to capture a lot of trends using their existing tools during the lockdown, which led to an increase in engagement. “We will continue to build new features, which are able to capture new possibilities,” he says.

His advice to newer startup founders is to ‘keep it simple’.

He also says that modularity ‘between your own application code, and the services that you're using’ is essential. “It’s important to build certain conventions into your application site to make it easy to move to a different service or make any kind of change.”