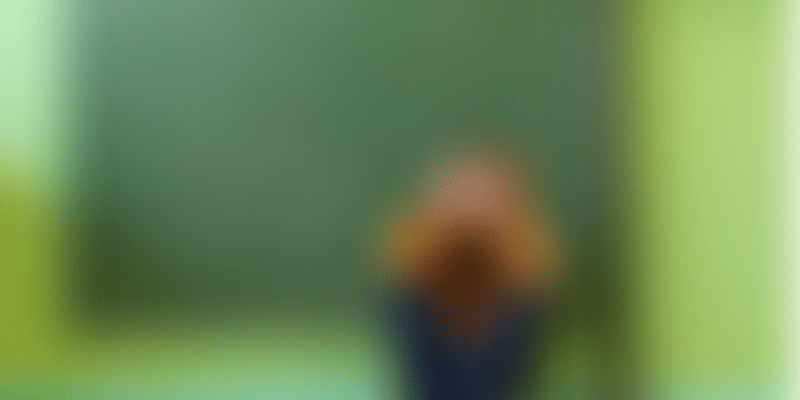 To help students learn mathematics the right way, these five edtech startups have stepped in to help them better understand the concepts and deal with maths anxiety.

American writer Rick Bayan once said, “Math anxiety: an intense lifelong fear of two trains approaching each other at speeds of 60 and 80 MPH.”

For many, solving a mathematical problem is quite a task. While subjects like Social Studies and languages can be learned by ourselves, concept-driven subjects like Mathematics needs thorough practise, tutoring, and assistance.

Moreover, a lot of students deal with ‘Math anxiety’ — a term that defines the emotional reaction students feel with the subject, or while solving a mathematical problem.

How Cuemath is redefining the concept of learning math

According to The Cambridge Faculty of Education, and the Centre for Neuroscience at Cambridge, one in 10 children suffer from ‘despair and rage’ at the subject. About 1,700 British pupils — aged between eight and 13 — were surveyed about their feelings towards the subject, and researchers found that 10 percent of children suffered from Math anxiety, saying it is a ‘real concern.’

The university has also set up a Math Anxiety Trust to raise awareness of the issue.

While reports from the World Economic Forum state that critical thinking and problem solving will be the most important skills for jobs of the future, a weak foundation in Math may lead to a majority of such jobs becoming inaccessible.

To help students learn the subject the right way, these five edtech startups have stepped in to help students better understand the concepts and deal with Math anxiety.

Founded in 2013, Cuemath is an after-school Math excellence programme for children between KG and Class 10. The programme is offered through a mix of home-based centres and an online portal based on the child’s grade. These classes are managed and run by trained and certified Cuemath teachers from premier institutes like IIT and Cambridge University.

One of the key USPs of Cuemath is that it is not a regular Math tuition class, but an after-school Math learning programme that uses experiential learning methods. It uses a three-pronged approach that includes school math (workbooks and unlimited practice), mental aptitude, and creative learning.

How Cuemath is creating meaningful opportunities for educated homemakers

While there are scores of online learning platforms today, doubt solving remains the bane of their existence. IIT Delhi alumni Tanushree Nagori and Aditya Shankar set out to fix this with Doubtnut, a startup they founded in 2017.

The edtech startup offers instant video solutions for doubts raised by students on an app-based platform.

The Gurugram startup’s initial focus was on Mathematics because that appeared to be the most doubt-ridden subject for students in Classes 6-9, as well as those preparing for IIT-JEE, and other entrance tests. Soon, Doubtnut will also launch video lessons for Physics, Chemistry, and Biology to complete the ‘science triangle,’

In less than two years, the startup claims to have recorded over five million monthly active users (MAU) on its platform. Additionally, it has about two million subscribers on YouTube, and is already getting more than 20,000 queries via WhatsApp, where it launched in June.

In April, Australia-based edtech startup Matific launched an online gamified mathematics resource Matific Galaxy in India, to help students stuck at home due to the lockdown better understand the subject.

The Matific Galaxy App was launched in May 2018 to introduce a new, fun, and simple way of approaching Math that simultaneously helps young students develop a lifelong appreciation for the subject and its applications.

The platform has been designed by Mathematics professors and curriculum experts, and is aligned with the syllabus outlined by the ICSE and CBSE boards.

It features hundreds of Math games and features lessons for students in kindergarten to Class 6 for the Indian market.

Maths requires logical reasoning, and if not explained in a simplified manner, it appears to be a dungeon to the student. To tackle this problem, TruMath has simplified logic, and amplified the learning process.

It is a unique online education platform for students across the nation to study Mathematics. With the help of the digitalisation and latest technology, TruMath has replicated the best possible ‘offline study model’ on the virtual platform.

The prime motto of the startup is to ensure an easy interface and interactive platform.

Founded in 2009 by Michal Borkowski, Lukasz Haluch, and Tomasz Kraus, Brainly is a Poland-based online learning platform that aims to encourage curiosity with a flow of questions.

The app gets queries on subjects like Algebra, Chemistry, Biology, Algorithm, Geometry, etc., which are answered by experts.

In India, the Polish startup connects students to their peers and experts to help strengthen their skills, from Math to Science, History, and beyond, for free. The platform is just not restricted to students. It can also be helpful for parents and teachers who want to gain in-depth knowledge in these subjects.