How Cuemath is creating meaningful opportunities for educated homemakers 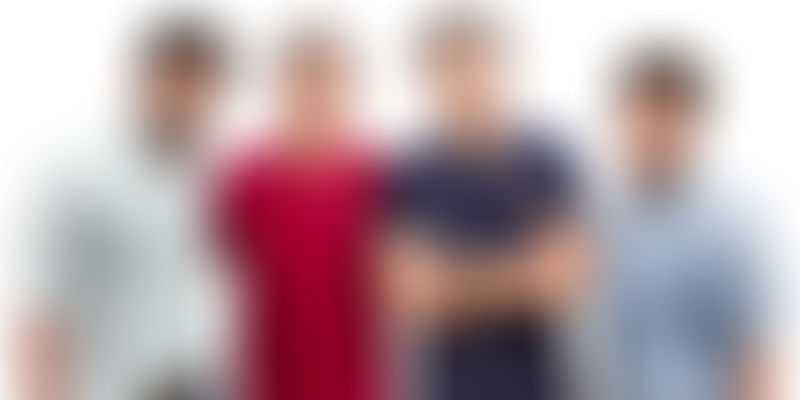 Delhi-based Cuemath is creating a home-based math learning network in India. With 2,000 centres across 9 cities, Cuemath is aiming to expand to 5,000 centres by 2018, as well as expand to Tier II and III cities.

A young, feisty Priyanka fought with her family to pursue her MBA. When she first entered the workforce, she was a step closer to the dream she nurtured since childhood; of being a fiercely independent woman. Priyanka worked steadily for six years, allowing nothing to stop her. During those years, she even got married, moved from Jodhpur to Bengaluru and started all over again. But four years ago, motherhood knocked doors and overnight, she gave up her career. She says, “I didn’t have a goal in my life anymore; I went into depression. I would relentlessly search for work from home opportunities, which were limited to data entry and recruitment. But, I wanted something that wasn’t repetitive, and would allow me to grow intellectually.”

Things changed in February 2016 when Priyanka received a congratulatory e-mail from Cuemath, a technology-driven content platform. She had successfully cleared a stringent selection process and was eligible to undertake after-school math enrichment programmes for neighbourhood children from LKG to class 8.

There were over 25,000 women who had applied across six cities. For Priyanka, being selected was a “matter of pride.” Today, she teaches eight children every evening. Next year, once her son enters school, Priyanka will have more time. She says, “I am aiming to increase my class to 40 students by end of next year and Cuemath is guiding me towards reaching that goal.”

The number of applications Cuemath receives on an ongoing basis is a testimony to an untackled, long-pressing problem - gender parity. McKinsey Global Institute's report titled, 'The power of parity: How advancing women's equality can add $12 trillion to global growth' throws deeper light into this issue worldwide and the colossal economic implications it has. The report estimates the incremental country-wise and global GDP that can be added under two scenarios – full potential (wherein women play an identical role in labour markets to that of men) and best-in-region. In a realistic scenario, if India were to perform on par with its fastest-improving neighbour (Singapore), that alone would lead to a 0.7 trillion or 16 percent increase in 10 years.

This estimated increase isn’t something that can be easily overlooked. Especially when India is projected to become the world’s third-largest economy by 2030 and women constitute nearly half of our demographic dividend.

Among McKinsey’s six intervention recommendations, the “creation of economic opportunity” naturally becomes paramount. But how do we create these opportunities when a significant number of educated women willingly leave the work force to focus on their families? They have a few hours to spare and we must tap into their potential in a mutually beneficial manner. There is a critical need to open new intellectual vistas that raise these homemakers’ aspirations, enabling them to positively contribute to our growing economy.

Against this untapped backdrop, Delhi-based Cuemath (founded in 2011) comes in as a revolutionary model. It empowers educated homemakers to deliver math learning to neighbourhood children by setting up home-based centres which are run independently; timings and intake of students are decided by the homemakers themselves. Founder Manan Khurma’s business acumen worked has exceptionally well; Cuemath’s network of tutors are running over 2,000 centres across nine cities.

But for a centre to sustain, it’s equally imperative to ensure high-quality academic output. And, this is where Manan’s decade-long experience as a Math tutor to over 5,000 students steps in. Manan strongly believes that “math shouldn’t be restricted to helping students solve school-based syllabus, but must be imparted holistically which would broaden the reasoning and analytical abilities of the children.” Cuemath’s model now becomes more appealing because it’s “not a regular tuition” but an after-school math learning programme that has a three-pronged approach – (1) school math, (2) mental aptitude (verbal, non-verbal, logical and calculation skills), (3) creative reasoning (to develop out-of-the-box thinking).

And the company is able to effectively deliver this well-rounded approach to students through its uniquely designed, in-depth curriculum which is a combination of worksheets, tab-based exercises and puzzles; giving students an immersive experience in math. While on the one hand, this eliminates subjectivity, on the other, it allows women with no prior tutoring experience to join Cuemath. Priyanka is one such woman. She says, “The syllabus ensures that a child grasps every concept completely, but in a gradual and interesting manner using different approaches. We facilitate the entire process and strategise how the child can learn effectively.”

The model is clearly scalable and impactful. It’s tackling two pressing problems at the same time in a successful manner – helping the holistic and long-term development of childrens’ mathematical abilities and empowering homemakers. Over the next two years, Manan is aiming to scale to 5,000 centres as well as expand to Tier II and III cities. Imagine the exponential impact the model would have on the lives of women and children across semi-urban and rural India – where empowerment of this kind is most needed.

While the world continues to debate, advocate and quantify the issue of gender parity, Manan is silently opening doors of possibilities for women across India.

Disclaimer : This article has been written by Shweta Vitta, Communications Lead at Unitus Seed Fund – a Bengaluru-based venture fund, investing in early-stage startups innovating for the masses. Unitus Seed Fund invested in Cuemath in December 2014.