3 Vs of prosumer marketing: future of consumer and community marketing 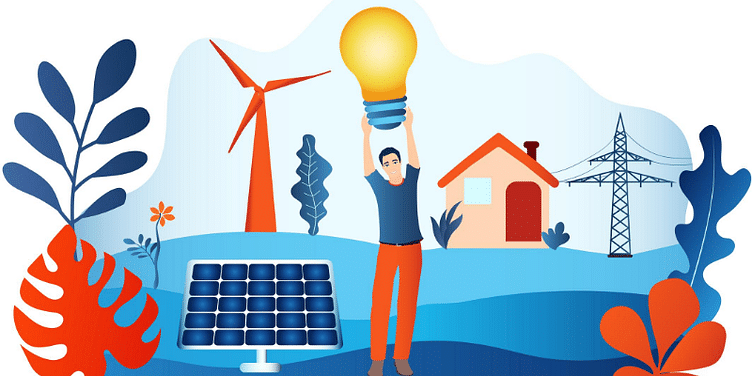 Prosumers are the new-age creators, who don’t want an end product from the marketers. Rather, they desire partnership, collaboration and co-creation to suit their needs and passions.

Alvin Toffler, one of the most acclaimed visionaries of our times, envisioned the age of the prosumer four decades ago. The term ‘prosumer’ coined by him defined a special class of consumers that could produce as well as consume a product or a service. A radical idea in those times where the consumers were still happy consuming mass-produced goods and services.

And that’s where the shift lies. The very essence of being a prosumer is, in fact, the preference to produce one’s own goods and services.

The big shift – consumerism to ‘prosumerism’

Consumers are a product of the industrial age. A category created to sell mass produced goods and services. And that’s how things stayed for the greater part of the century.

However, in the last two decades, rapid advancements in technology have paved the way for a much easier access to knowledge and information. So much so, that today, if someone is passionate about organic farming, he or she doesn’t need to attend a course in agriculture to pursue their passion.

There is enough material available on the internet and in the hardware stores to turn the passion into a reality. And that’s precisely how prosumerism is evolving.

Unlike consumers of mass-produced goods, people now want to take control of things that they would love to produce themselves, and to achieve that they are acquiring new skills. And that’s a big shift from being a consumer to becoming a prosumer.

The rise of the digital prosumer

The digital age has made the term ‘prosumer’ all the more accommodating. Companies now look at them as brand advocates who can make or break their products and services, and rightly so. However, the smarter ones among marketers look at prosumers as partners, as an important ‘cog’ in production process of their goods and services.

And that brings us to the three Vs or tenets of prosumer marketing. The golden rules that can make a company or a brand gain a whole lot more in this new age of the prosumer.

Someone who can take your product or service and mould it to suit his or her requirements is special and deserves a marketer’s respect. In this digital age, prosumers wield supreme power. If they like what you’ve got for them, they can make you famous in their communities and spheres of influence in no time.

Tesla Inc., the American electric vehicle and clean energy company believes in the power of prosumers and shows utmost veneration towards them. An emerging type of prosumers come from the energy industry. They believe in generating electricity for domestic use through solar energy.

Tesla acknowledges these prosumers and supports them by offering highly-customised Tesla Solar Roofs that make their homes self-reliant in producing electricity.

Value offering – give them what they seek

Prosumers are taking more control of what they want to be produced and the degree of customisation they can get out of it. Therefore, it is imperative for makers of products and services to understand and design their offerings to suit the needs of their prosumers. They seek distinct value, and as prosumers, they expect that.

Take the ‘open source software movement’ for example, where prosumer communities get the right pre-made tools and interfaces to collaborate, share and build upon what others have created. Linux operating system and the ‘R Project’ for statistical computing are prime examples of this.

Versatility – be adaptive to their needs

When prosumerism was in its infancy, companies felt threatened by it. They did not want the status quo to change from consumer centric production. But marketers quickly realised that prosumerism was here to stay and eventually grow even more profound. Today, it’s important for marketers to keep a pulse on what prosumers seek and be adaptive to their requirements.

A case in point would be the digital 3D printing industry. It’s evolving rapidly to suit the needs of its prosumer communities. They are the ones who get creative with 3D printing.

And the challenge lies with the manufacturers and developers of printing technologies to constantly change and deliver to the expectations of the prosumer communities.

To sum it all up, prosumers essentially are passion seekers. They are the new-age creators, who don’t want an end product from the marketers. Rather, they desire partnership, collaboration and co-creation to suit their needs and passions.

And as Philip Kotler could rightly foresee way back in the 80s, prosumers constantly seek “others with kindred interests, finding them and communicating with them through electronic media”. Prosumer communities are here to stay. How marketers collaborate with them will decide how their companies shape up in the future.