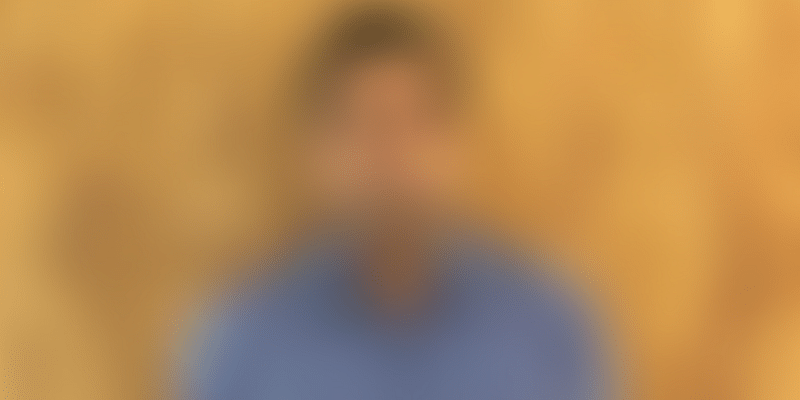 In this week’s 100x Entrepreneur Podcast, Vishesh Rajaram, Founder and Managing Director of Speciale Invest, talks about his journey from being a CA to a VC, Speciale Invest's thesis, and his learning from the last decade.

Vishesh Rajaram, Founder and Managing Partner of Speciale Invest, is a jack of all trades. The Chartered Accountant previously worked with PwC and started his investment career in 2007 with VentureEast.

Vishesh has about 13 years of experience across enterprise technologies and consumer services. He founded Speciale Invest in 2016. The early-stage investment firm focuses on seed stage investing in B2B deeptech startups. So far, it has invested in over 10 startups, including Scapic, Agnikul, and Kawa Space, among others.

In the recent episode of 100x Entrepreneur Podcast, a series featuring founders, venture capitalists, and angel investors, Vishesh spoke to Siddharth Ahluwalia about his journey from being a CA to a VC, Speciale Invest's thesis and his learnings from the last decade.

Made in India, for the world: this startup incubated at IIT Madras is an Uber for putting satellites in orbit

From CA to early-stage investment

A graduate in finance, Vishesh started his career in audit assurance and consulting at PwC. Later, he went on to work as a corporate banker with ICICI Bank. After a couple of years, Vishesh decided to get a B-School degree, and enrolled himself for a master’s degree at Indian School of Business (ISB) in Hyderabad.

Coming from a family of first-generation entrepreneurs, Vishesh had plans to finish B-School and ultimately join his father’s pharmaceutical business. However, life had other plans for him.

Vishesh lost his father to leukemia while he was still at ISB. After school, he returned home to manage the pharma company for about a year. “I sort of did a fair amount of operation re-engineering and financial engineering to lose less money as it was a startup,” he says.

One thing led to another and soon Vishesh went door-to-door, selling inventory to buyers. Eventually, one of the buyers turned out to be the acquirer of the company.

“In that one year’s time frame, we managed to transition the company to a large European conglomerate that essentially wanted to double down on India manufacturing...I sorted all of that and was essentially looking for a job,” he adds.

While still in college, Vishesh had met the founding GPs at VentureEast who had then made an offer that he refused. Post the acquisition of his pharma company, Vishesh went back to them for a job. He says he was the first employee at VentureEast’s technology fund.

After working with VentureEast for almost a decade, “It then occurred to me that if I were to continue in this business for the next two to three decades, I needed to be doing something which is more fundamental, possibly fundamental research,” Vishesh says.

Secondly, it occurred to him that even across the portfolio, the adventure was in the early or seed stage. That is when he decided to work on early stage companies with disruptive technologies.

“I was very keen on building a fund which transforms into an institution that will last beyond me,” Vishesh says.

During his course at ISB, somewhere around 2006-2007, Vishesh met his co-founder, Arjun Rao, who came with experience in the startup industry.

“In our business, outcomes are never in our control. Only the processes, the approach, and the investment philosophies are in our control. Thus, it is important to make sure that your co-founder or your partners are people that you can trust and people who have real-world experience. And that’s what got us doing Speciale,” Vishesh explains.

So far, Speciale has made 10 investments in its first two and a half years -- four in hardware and six in software. Going ahead, Vishesh reveals that the VC firm will make another seven to eight investments.

On the software side, Speciale has two broad categories -- developer tools and infrastructure. Under this category, it has the likes of Scapic, Kawa Space, iAuro, and Total Cloud. Besides investments, Speciale offers security compliance and cost management services.

On the SaaS side, Speciale has Y-Combinator backed Wingman and True Lark.

On the hardware side, the VC company has Cynlr and Astroagate. One of Vishesh’s favourite companies is IIT-Madras incubated Agnikul, which he says is the SpaceX equivalent for Indian markets.

“I think our belief is to build a portfolio of 18 companies for every fund, and every fund will invest in over a period of four years,” he explains.

Speaking on venture investing, Vishesh says, there have been advancements in the space in terms of technology infrastructure. He believes that the entrepreneurial ecosystem has evolved significantly since he started investing in 2007-2008.

Previously, a typical startup founder would be someone with almost 15 to 20 years of experience in a particular domain. However, now the spectrum is much wider and people are starting up right after graduating from college.

“I think what has fundamentally changed is the appetite for risk. There is no stigma attached to failure,” Vishesh says. “I think the world is seeing failure very differently from how it saw it two decades ago,” he adds.

Talking about his 13 plus years of journey so far, Vishesh says that nothing surprises him anymore. “There is so much going on and so much to learn,” he says.

According to Vishesh, as an investor, expectations keep changing. One needs to have a lot of situational awareness of what they are trying to do and what role they have to play.

“I have evolved and I like to have clarity in whatever we do. It is a business filled with ambiguity. Let us or the founders hold back their communication and let’s make sure we have free flowing exchange of information so that there is no information asymmetry,” he explains.

Vishesh further says that plans may or may not happen, companies may fail or succeed -- all of this is a derivative of the market, customer, founder’s efforts, and capital, among other things. One thing that is absolute and should be present is clarity and communication.