From dominance to disputes: the rise of China’s technology giants 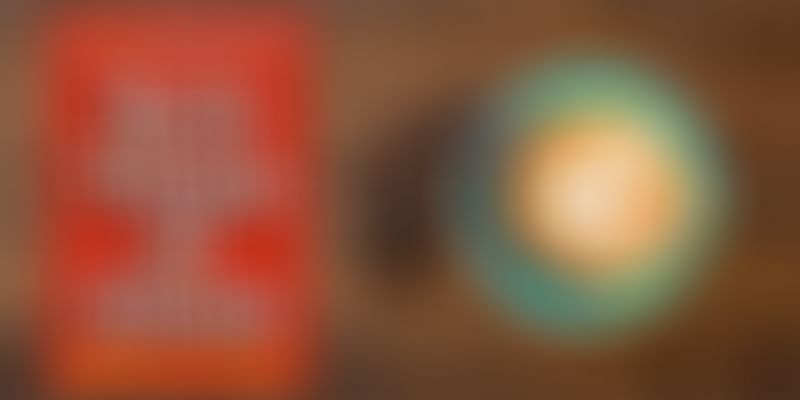 This book charts the rise of three waves of China’s technology players, along with the concerns raised over international trade and security.

China’s spectacular progress in digital technologies has also come with its share of controversy, as chronicled in Rebecca Fannin’s book, Tech Titans of China: How China’s Tech Sector Is Challenging the World by Innovating Faster, Working Harder, and Going Global.

Rebecca Fannin is an author and media entrepreneur, with extensive experience in covering China’s entrepreneurial boom. She is the founder of Silicon Dragon Ventures, and lives in New York City and San Francisco. Her earlier books are Silicon Dragon (published in 2008) and Startup Asia (see my book review here).

Her latest book examines the tech, startup and investor dynamics of China’s waves of entrepreneurs, and is well referenced with 13 pages of sources and dozens of charts and tables. The 10 chapters are spread across 250 pages, and make for an informative read for entrepreneurs, investors, and analysts.

“In less than two decades, China tech innovation has evolved and gone through three phases of development: from copy to China, to invented in China, and now today, the biggest trend to watch is copied from China,” Rebecca writes.

Here are my takeaways from the compelling book, summarised as well in Table 1. See also my reviews of the related books China's Mobile Economy, Six Billion Shoppers, China's Disruptors, and Alibaba.

“From copiers to originators, Chinese tech titans are showing the way forward with leading-edge advances that rival the West,” Rebecca begins. Though the US may lead in sectors like chipmaking, China is ahead in mobile payments, ecommerce, electric vehicles, and livestreaming, she adds.

China’s tech titans have dominated the homeland markets, and are now making their presence felt overseas in Wall Street, Main Street, and even Capitol Hill. Tencent and Alibaba rank in the top ten publicly-traded companies for market valuation. Chinese giants are setting up centres in Silicon Valley and partnering with Hollywood firms, and also expanding in Israel and other parts of Asia.

The author tracks the rise of startup clusters such as Beijing, Shanghai, Shenzhen, and Hangzhou. Other driving factors are the large population of mobile-savvy millennials, engaged global diaspora, sheer scale of the local market, venture ecosystem, and determination to recapture earlier civilisational glory.

Made-in-China business models built for a mobile-first generation are advanced and widely used. “This world-on-a-screen is extended by social sharing features baked into these apps,” Rebecca observes. A number of tech unicorns have also gone the IPO route, such as Xiaomi, Meituan (food services app), and Pinduoduo (shopping app).

The government moves include ambitious five-year plans, the “Made in China 2025” blueprint for tech leadership, China New Era Technology Fund, national R&D spending, “Internet Plus” plan, and the Belt and Road initiative. China aims to lead in STEM graduations, academic publications, and patent filings as well.

“But Tesla, WeWork, Airbnb, LinkedIn, Starbucks, and others continue to push into the Middle Kingdom, with mixed success,” Rebecca observes.

There are also accusations of IP theft and counterfeiting. “Fears that Chinese products are not safe to use is another deterrent,” she cautions, in addition to cultural differences in product usage.

The book was written before the regulatory controversies over data sovereignty and risk by Chinese tech firms in a number of countries like India. For example, India has banned dozens of Chinese apps from the local market.

As a “fast-moving, cut-throat competitor,” China’s rise is also sparking off disputes and controversy in trade and technology leadership, she cautions. The 5G race is a notable example in this regard.

There are local issues emerging as well. “Chinese culture has become more assertive, confident, and aggressive,” Rebecca observes. Stress levels are rising, and there are concerns over safety in ride-sharing.

The coming years are bound to witness more global tech disputes, chip supply blockages, and even visa restrictions between countries like the US and China. There are also concerns over military conflicts (South China Sea, Taiwan), information censorship, social surveillance, and “criticism over China-styled colonialism” (Sri Lanka port), the author cautions.

“Let’s hope that the rise of an emerging power threatening the leading global power will not lead to a Tech Cold War,” she writes. Already, countries like the US have passed the Foreign Investment Risk Review Modernisation Act, and a number of cross-border deals have been blocked.

The BAT firms (Baidu, Alibaba, Tencent) dominate search, ecommerce, social media, and gaming, and are now “supersising” by expanding into sectors and acquiring other businesses. They have benefited from local protectionism against foreign players while also raising money from Silicon Valley VCs and New York IPOs, Rebecca explains.

They have survived and thrived over the ups and downs of the last two decades, and “are regarded as superheroes in the first generation of entrepreneurs,” Rebecca adds. They parallel the US FANG giants and are expanding majorly into AI (Baidu), smart-city traffic management and fintech, (Alibaba) and medical imaging (Tencent).

WeChat is like a platform itself, with other apps being built on top of it. In overseas markets, however, WhatsApp dominates messaging.

Baidu trimmed down its moves in video streaming, online travel, and food delivery. It is going all out now on AI and autonomous vehicles. Tencent has strategic investments in the US startups across biotech, games, and robotics.

But challengers are emerging in social commerce (Pinduoduo) and short video (Bytedance’s TikTok). The book also tracks moves by other players like China’s Dalian Wanda Group, which acquired movie theater operator AMC and built the largest movie studio in the world in Qingdao.

A new wave of tech giants has emerged in China, described by Rebecca in the acronym XTMD. They represent the world’s fourth-largest smartphone manufacturer Xiaomi; AI-powered news aggregator Toutiao, and video app TikTok; food delivery app Meituan; and ride-sharing service Didi Chuxing. While much has been written about the BAT founders, the author profiles the founders of the XTMD players as well.

Xiaomi’s phones are priced more affordably than Apple’s, and other manufacturers are now copying some of its practices like pre-loading phones with subscription services. Its “triathlon business model” with a “razor and blade marketing scheme” includes handset sales, IoT gadgets, and internet VAS. But it faces fierce competition from Huawei, OPPO and Vivo.

ByteDance’s AI-curated news app, Toutiao touts 120 million daily readers, according to Rebecca. The English version is called TopBuzz. ByteDance’s rivals are Kuaishou (with investment from Tencent and Baidu’s Haokan. ByteDance has also faced controversies over “fake news and offensive content” (the book was written before the spats with other countries).

The multifunctional app Meituan (‘beautiful together’) combines features of “Yelp, Booking.com, GrubHub, Uber Eats, Kayak, Fandango, and OpenTable and even loops in a Whole Foods–type grocery store,” Rebecca evocatively describes. It merged with Dianping after a blistering war with other similar apps.

The next sectors: AI, EVs, drones

“China and the United States are racing to dominate the high-stakes AI market,” Rebecca writes. China unveiled a plan in 2017 to become the world leader in AI by 2030. “At stake is a possible shift of the world order in the global economy,” she adds.

Firms like Sinovation Ventures have raised dedicated funds for AI startups in China. “As China moves toward an AI-based economy, its venture capital investments in AI have stacked up,” she observes.

Of 32 AI unicorns worldwide, China reportedly counted nine. The author profiles a number of AI startups such as LAIX in edtech, WeLab in fintech, and LinkDoc in medical diagnoses.

“The sharing economy has arisen in China with the uptake of mobile apps and payments and a young consumer population that enjoys experimenting with new things,” Rebecca explains. Leading players include such as Didi (cabs), bicycles (Mobike, Ofo), kitchens (Panda Selected).

Initiatives are also emerging to use AI to tackle traffic congestion. Some of these firms are investing in counterparts in other parts of the world as well.

World EV Day: The roadblocks India must drive past to pave the way for an ‘aatmanirbhar’ electric future

She cites data which shows that though China has become the largest ecommerce market in the world, only 38 percent of China’s population shops online, leaving much more for future growth and new players.

China is also the world’s leading market for all-electric vehicles, Rebecca writes. It is led by Tesla challenger NIO and Alibaba-backed Xpeng Motors (both founded by digital tech entrepreneurs). China is taking on both Detroit and Silicon Valley with electric cars and self-driving technology.

“I’ve seen China’s streets evolve from bikes, carts, and public buses to VWs, Buicks, Audis, and, next, electric vehicles,” Rebecca recalls. The new wave of electric vehicles can do better with attention to quality and performance.

“There’s an enormous opportunity for China’s new-energy, pollution-fighting cars right within their own homeland,” she emphasises. The government has rolled out initiatives and schemes such as subsidies for buyers, and building charging stations. Some cities like Shanghai have all-electric public bus fleets.

China is a major player in the drone and robotics industry as well, thanks to companies like DJI, EHang, UBTech, Horizon Robotics, and support from hardware accelerator HAX in Shenzhen. “Growing confidence in the usefulness of robots and drones has led to an influx of venture funding over the past few years,” Rebecca observes.

DJI has captured two-thirds of the global drone market. “No drone company in the West comes close to DJI dominance,” the author writes. Commercial applications include crop spraying, power line inspections, and mapping.

Investments in China’s tech sector have rocketed in the past decade. Many Chinese tech firms have performed well as investor bets. Chinese serial entrepreneurs have also become angel investors. In 2018, China had 86 unicorns led only by the US with 151 unicorns, according to cited research.

Over the past two decades, investors have progressively focussed on clones, local players, and then globalising firms, the author explains. They have evolved from desktop and mobile eras to the current crop of technologies including AI, robotics, IoT, and integrated ecosystems.

Silicon Valley still remains the crossroad between East and West, Rebecca affirms. But deteriorating US-China relations over trade and technology have put a dampener on some cross-border deals.

One chapter describes the success of some US companies in China, such as LinkedIn, Evernote, Airbnb, WeWork and Starbucks. Success factors for such companies are customisation, authority for local managers, and Chinese partners, according to Rebecca.

“Game-changing technologies are being invented in China at a rapid clip, and they’re going global,” Rebecca writes. But frictions could “break apart the trans-Pacific collaboration,” she cautions.

“Power and money are being ingrained into China’s culture with a new-found confidence. It’s a pivotal moment,” Rebecca signs off.