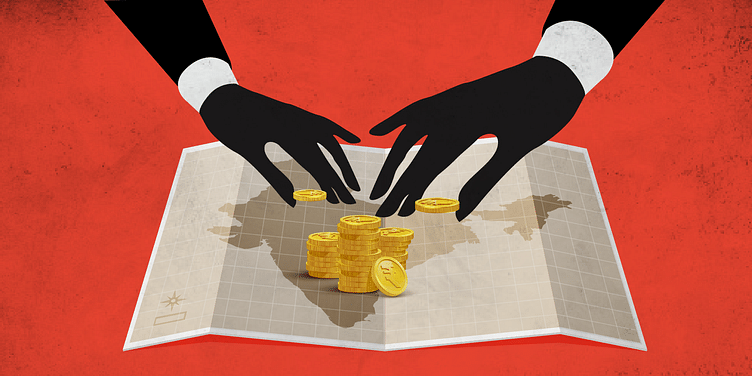 The Standing Committee on Finance has made several recommendations to reduce taxation parity between Indian and foreign startup investors. If implemented, these could increase the flow of domestic capital into the ecosystem.

Capital is the engine powering the growth of the startup ecosystem, but sometimes the taxation structure can hinder the mobilisation of this resource.

For example, the long-term capital gains tax (LTCG), which is a complex financial issue with various regulations that govern it.

But, there is a glimmer of hope as a parliamentary panel has proposed certain far-reaching recommendations that, if implemented, could increase the flow of money, especially from domestic investors.

The Standing Committee on Finance, headed by Jayant Sinha, in a recent report submitted to the Parliament, strongly batted for the startup ecosystem. One of its key recommendations was the removal of disparity between domestic and foreign investors when it comes to LTCG.

“The Committee would like to strongly recommend that tax on Long Term Capital Gains be abolished for all investments in startup companies (as designated by DPIIT), which are made through collective investment vehicles (CIVs) such as angel funds, AIFs, and investment LLPs. At a minimum, this should be done for at least the next two years to encourage investments during the pandemic period,” said the report.

This is a very welcome recommendation and would go a long way to boost the growth of startups in the country.

For long, the industry has been discussing the disparity between the taxation of LTCG of foreign and domestic investors. Under the present regulations, LTCG earned by foreign investors in private companies attracts taxation at a concessional rate of 10 percent. In comparison, domestic VC/PE investments are taxed at 20 percent with an enhanced surcharge of 37 percent.

The committee noted that the current law governing the taxation of LTCG was highly complex due to varying tax treatments of income from capital gains based on varied parameters such as holding, tax rates that range from 10 to 40 percent, and allows indexation only in respect of certain assets.

For instance, capital gains tax rates for investment in unlisted shares by domestic investors can range from 28.49 to 42.74 percent, which actually dampen the mobilisation of funds for the startup ecosystem.

The Standing Committee made a very telling observation. “Industry data indicates that more than 80 percent of startup financing is coming through foreign capital, largely channelled through the venture capital and private equity industry. India’s financial system must be strengthened so that much more domestic equity capital is available to scale up our startups. This will support our goal of building an Aatmanirbhar Bharat.”

Nakul Saxena, Director of Public Policy, iSPIRT, says, “This is certainly a very welcome recommendation from the committee and our sincere hope is that it gets implemented.”

The committee added that there should be no punishing of domestic risk capital at any level as the current tax disparity is proving advantageous to foreign capital through low tax jurisdictions and low taxes for fund management services.

According to industry observers, one of the long-standing demands from the startup ecosystem has been the reduction of the complexity of the taxation system, which could lead to better inflow of capital into the country — both from outside and within.

The committee also highlighted the growth potential of unicorn startups in the country and how capital to these companies primarily came from foreign sources such as the US and China.

“The committee believes that this dependence be reduced so that India becomes self-reliant by having several large domestic growth funds powered by domestic capital to support India’s unicorns,” it said.

Vinay Bansal, Founder CEO of Inflection Point Ventures, says, “These recommendations of the committee, if implemented, can boost investment potential for the startup ecosystem, especially for individual investors and angel platforms.”

If LTCG is one part of the story, which could improve the capital inflow into the Indian startup ecosystem, there were also other recommendations from the Standing Committee to create a more deregulated environment for the movement of funds.

It said that large financial institutions in India should be encouraged to channelise a proportion of their investible surplus into domestic funds. This would bring in the much-needed additional domestic capital for startup investments.

Towards this end, it recommended that Pension Fund Regulatory and Development Authority (PFRDA) and National Pension Scheme (NPS) may be encouraged to invite bids from professional fund managers for running a fund-of-funds programme. This is on the lines of the ongoing SIDBI programme.

The committee highlighted how OECD economies, such as the US, have hundreds of professionally managed fund-of-funds attracting institutional capital, which helps mobilise greater capital across the economy.

Although there are large pools of domestic capital available in India with pension funds, provident funds, and charitable organisations, these are not being used as investment sources in the country.

The committee sought the expansion of financial institutions that can be encouraged to invest in the startup ecosystem. “Major banks should join hands to float a fund of funds. Furthermore, the current exposure limits applicable to banks need to be enhanced and permission be granted to invest in Category III AIFs also,” it noted.

Govt looks to get insurance, trust money into venture funding

It also recommended that insurance companies in the country be given the latitude to invest in fund of funds. Besides, foreign development finance institutions may also be encouraged to participate with local asset management companies to set up fund-of-funds structure or direct VC/PE funds.

At the same time, an environment has to be created for permanent and steady flow of capital into the startup ecosystem.

The committee recommended that Securities and Exchange Board of India (SEBI) should allow Venture Capital funds to invest in Non-Banking Financial Companies (NBFCs), which would help enhance their capital base.

It also pointed out the need for Alternate Investment Funds to be allowed to be listed on capital markets, thereby creating a permanent source of capital for the startup ecosystem.

The committee was also of the opinion that more sources of capital should be made available for startup financing. Companies and LLPs should be allowed to invest in startups without being classified as NBFCs by the RBI. This can be done by allowing only debt-free companies and LLPs to be kept out of the NBFC designation.

It said the sectors in which Foreign Venture Capital Investor (FVCIs) are allowed to invest should be expanded to include all sectors where Foreign Direct Investment (FDI) is permitted as this route provides a flexible investment framework and will be able to attract significant capital in the economy.

The set of recommendations also comes in the backdrop of the COVID-19 pandemic and the kind of role the startup ecosystem can play in the country.

“India’s rapid recovery from the COVID-19 pandemic and sustainable fast growth thereafter will depend vitally on the quality of our startup ecosystem. Such an ecosystem includes incubators, startup accelerators, venture capitalists, private investors, foundations, entrepreneurs, universities, government, corporations, mentors, and the media,” it noted.

Industry observers believe that the government should look at innovative ways on how to attract and deploy capital in the country. This could be the creation of strong financial hubs and diverting the investible corpus into the startup ecosystem, which is otherwise going into stocks, real estate, gold, among others.

“Startups and innovators are driving the next wave of innovation in India. Innovative services, products, and business models are going to dictate the growth trajectory of the Indian economy for the next decade and will play a key role in helping India realise its potential as a global superpower and in achieving the goal of Aatmanirbhar Bharat,” the report said.