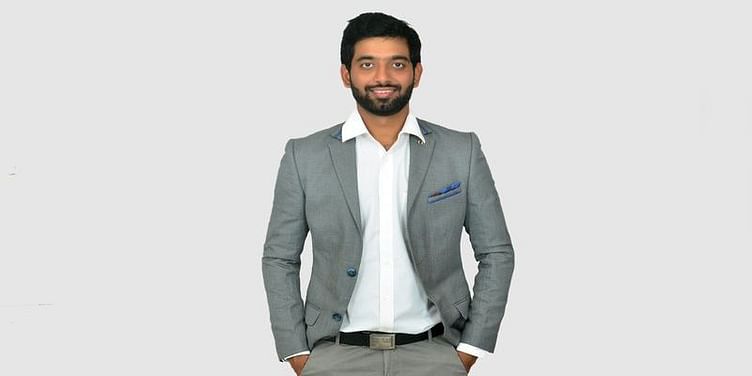 Delhi-based fantasy sports platform Playing11 is just over a year old, and has already held more than 6,000 leagues. Now, it is riding on IPL 2020 for growth.

After much ado, the Indian Premier League (IPL) kicked off last weekend, providing startups a mega platform to display their marketing muscle. While IPL has traditionally been a great stage for advertising, over the last few years, it has also been a catalyst for India’s fantasy sports ecosystem.

Not only does IPL drive awareness, adoption, and growth for startups in the sector, it also draws investor and general public attention. Delhi-based ﻿Playing11﻿ is one such platform that is riding on IPL 2020 to establish its presence in the increasingly crowded fantasy sports market.

Founded in early 2019 by 26-year-old Saurabh Jha, who gave up his cricket dreams due to a crippling leg injury, Playing11 has garnered 300,000 users in a year. These users played 6,000+ leagues and earned over Rs 30 lakh in prizes.

“I dropped out of engineering to become a cricketer, and even got selected for a state team in Assam. Because I was lonely there, I started playing fantasy games on ﻿Dream11﻿. That was the only platform. In 2015, after my injury, I began doing R&D on the fantasy gaming sector, which was gaining momentum. It also helped me stay connected to cricket. And that’s how the business idea came about.”

In the initial phase, Playing11’s growth centred on two major cricket events — IPL 2019 and ICC Cricket World Cup. Come 2020, and sports would hit an unforeseen roadblock, impacting almost every entity associated with it.

However, despite the absence of any major sporting event in India this year, Playing11 claims to have gained users during the lockdown.

These are players who engaged with smaller leagues such as European T10 League held in Taiwan, and global football events the English Premier League, Bundesliga, and La Liga to earn quick cash and/or stay entertained.

Saurabh shares, “COVID-19 had a positive impact on the entire business. There was huge user engagement as people [the 18 to 24 age group] needed something to keep themselves entertained. Many leagues got them hooked. And looking at the trend, we introduced some exciting contests for leaderboards, and gave out prizes worth lakhs to winners, including merchandise, gadgets, and instant cash in their wallets.”

Now, riding on IPL, the bootstrapped startup is looking to record its next phase of growth. It expects two key outcomes from the 50-day league: one lakh daily active users and 50 percent revenue growth.

For this, it has roped in Team India cricketer Yuzvendra Chahal as brand ambassador to improve visibility, and also launched an array of new features on the Playing11 app.

The founder says, “IPL 2020 is the biggest highlight for cricket enthusiasts this year. We expect big user engagement and have planned prizes of up to Rs 1 crore for leaderboard winners. We will also have exclusive meet-and-greet sessions for winners with our brand ambassador at the end of IPL.”

Playing11 lets users create their own fantasy teams from a pool of players by using a maximum of 100 credits. They can choose from cricket, football, and basketball leagues, apply their game knowledge and team-building skills, shuffle players, and earn rewards based on their match performance.

The app is available on Android, iOS, and web. Almost 75-80 percent of users engage with cricket leagues, mirroring an industry-wide trend. Users can link their bank accounts or Paytm wallets for cash withdrawals within 24-36 hours.

Playing11 takes a 8-10 percent cut off each winning. “We’ve kept our commission low in IPL to be able to provide players most of the prize money they earn. The fee is 15-18 percent for regular cricket leagues and 25-30 percent for other leagues, which is the industry standard,” Saurabh reveals.

To make things more attractive in the IPL season, the platform has also introduced daily live quizzes, which can earn players up to Rs 1 lakh in prize money on answering sports-related questions.

It plans to continue with the feature even after IPL in a bid to increase app engagement. Users also earn cash bonuses on joining and referrals. Playing11, in fact, plans to make referral programmes its key differentiator.

Even though referral is not a novel feature in the fantasy gaming market, Playing11 asserts that it is building something “unique” and long term.

“Fantasy gaming is a community thing. The better your community, the stronger your platform. If you like it, you tell two of your friends, they tell two more, and so on. We’re building a strong and unique referral system that can be a driving factor for the 18-to-24 group, the core fantasy gaming audience. These are mostly college students, and even nominal amounts mean a lot to them. Rs 10 becomes Rs 100 with referrals.”

Playing11 is also working on a referral fee structure to monetise the feature. Besides this, it provides users the option of spending their cash winnings on mobile and DTH recharges, train and bus ticket bookings, and so on.

The founder says, “It is our larger plan to build an entire ecosystem and make the app more user-friendly. This will help in user retention, which is our main focus now. Getting app downloads is easy. You just need word of mouth. But  retention is a challenge. We want our users to experience the app and own it.”

Future roadmap in a competitive market

Fantasy sports — and online gaming at large — has been one of the biggest gainers of the pandemic-induced lockdown. User growth and engagement surged, new apps mushroomed, and top startups are flush with funds.

There are over 100 million gamers on 70+ fantasy apps in India, according to the Federation of Indian Fantasy Sports.

Almost 74 percent of these users play leagues at least thrice a week. The abundant possibilities of making money out of passive sports consumption have made fantasy gaming a rage, especially in small towns, where people have limited entertainment options.

“The entry barrier is so low that anybody with an interest in sport and access to the internet can become a fantasy gamer,” the founder of a fantasy sports platform had told YourStory in a prior interaction.

Saurabh concurs, “Tier II and III cities are big growth drivers. We may launch regional language support in future to attract users from these locations.”

India’s first (and only so far) gaming unicorn Dream11 continues to lead the market with close to a 90 percent share. A bunch of others like Mobile Premier League, MyTeam11, FanMojo, etc. are slowly making their presence felt.

The sector has drawn funding from high-profile VCs, including Sequoia Capital, Tiger Global, Tencent, Steadview Capital, RTP Global, SIG, and Go-Ventures, among others.

While Playing11 continues to be bootstrapped, it plans to raise its first round of capital next year. It also expects to cross five million app downloads and gain 500,0000 lakh active users by April 2021 (before the next IPL season). It is also collaborating with fantasy gaming influencers to get more active users.

The founder sums up by saying, “India has many fantasy players because sports betting is illegal. So, this is an alternate option, but you need skill to succeed.”