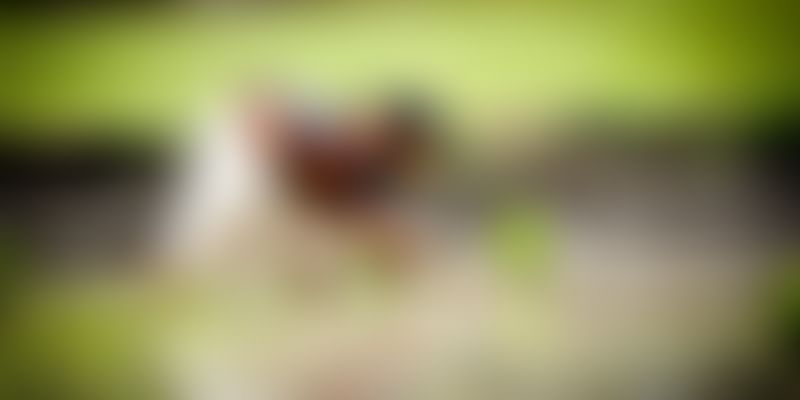 Indian agritech startups are leveraging new-age technology to help farmers connect with the market, especially during the pandemic.

The integration of technology in the agriculture sector has been a boon to Indian farmers. Thanks to the growing number of agritech startups in India, farmers can now get better quality seeds, fertilisers, timely weather information, access to markets, and financial support.

According to ﻿YourStory Media﻿Research report, the Indian agriculture sector is expected to get a boost during the year 2020 as the demand for quality agricultural produce such as grains, fruits, and vegetables is expected to rise. Further, the higher demand for online groceries in the COVID-19 environment will prove to be a boost for agritech startups.

As per a report by ﻿Maple Capital Advisors﻿, India's agritech sector attracted about $245 million in investments from venture capital firms in 2019.

In fact, to give a further boost to the sector, the Indian government announced a slew of policy measures, which are expected to strengthen infrastructure, logistics, and capacity building.

Here are this year’s five top-funded agritech startups (based on the total funding raised), who are leveraging new-age technology to help farmers connect with the market.

Headquartered in Chennai, WayCool focusses on solving the food wastage and farmer income problems since its inception.

According to Crunchbase data, Waycool has raised a total of $70.6 million in funding so far, including debt financing. Recently, in August, it raised a funding of $114,000 from a Grant round led by Dutch entrepreneurial development bank FMO.

Established in 2012 by IIT Delhi alum Shashank Kumar, and IIT Kharagpur alum Manish Kumar, DeHaat is an online platform that connects small farmers with a network of micro-entrepreneurs. These micro-entrepreneurs supply various farm inputs and equipment, procure seeds and fertilisers, as well as offer crop advisory and market linkages to the farmers on the platform.

The Delhi-based startup works with farmers in Bihar, Jharkhand, and Odisha, and enables them to access the right inputs within less than 24 hours to less than a week. Serving over 210,000 farmers, DeHaat provides access to over 3,000 agricultural inputs — combined with AI-based customised crop advisory content for pest and disease management — for major crops delivered via mobile app and call centres.

In April 2020, the agritech platform raised its Series A funding of $12 million led by Sequoia Capital. With this round, DeHaat’s total funding adds up to $19.3 million.

Founded by Nikhil Tripathi, Daya Rai, Jitender Bedwal, Mahesh Jakhotia, and Nukul Upadhye in 2019, Bijak is working on bridging the information asymmetry and lack of accountability across agricultural commodities trade.

The Gurugram-based startup enables traders and wholesalers to discover new suppliers, maintain ledgers, make payments, and access working capital through its app to scale their business.

Bijak has raised $14.3 million so far. In April this year, it raised $11.8 million in its Series A round from Omnivore Partners, Tempo Ventures, and Bi Fund, among others.

These agritech startups managed to raise funding despite coronavirus-led lockdown

Started in 2016 by Milan Sharma, Nishant Mishra, Himani Shah, and Devendra Chandani, Intello Labs uses image analytics and AI to help farmers, retailers, and exporters to access the quality of their fruits and vegetables.

The agritech startup’s mobile app uses AI and image analytics to give a complete update on whether a fruit or vegetable is under-ripe, ready to consume, or damaged. It does this by taking an image of the produce, which checks the quality of the entire lot.

Intello Labs raised its Series A round of $5.9 million in May led by early-stage investor Saama Capital, along with global agritech funds GROW (Singapore) and SVG Ventures THRIVE (US). The startup has so far raised $8.5 million.

Delhi-based agritech startup Arya Collateral provides storage services in warehouses near the farmer’s farmgate, so that they are not forced to sell their produce at a lower price, immediately after harvesting when the supply is high.

The startup charges a monthly storage fee — ranging between Rs 60 and Rs 100 per ton to the farmers — which is equivalent to a monthly fee of Rs 4 to 6 per bag.

Apart from that, it also helps them avail loans through its own NBFC. Serving close to two lakh farmers, either directly or through FPOs on a B2C model, Arya Collateral has managed 30 lakh tonnes of produce across 1,500 of its warehouses across India.

It has so far raised a total of $7.9 million. In March, the startup raised $6 million in pre-Series B funding led by Omnivore and existing investor LGT Lightstone Aspada.