Opportunities not saturated in edtech space for others, says Rahul Chowdhri of Stellaris Venture Partners 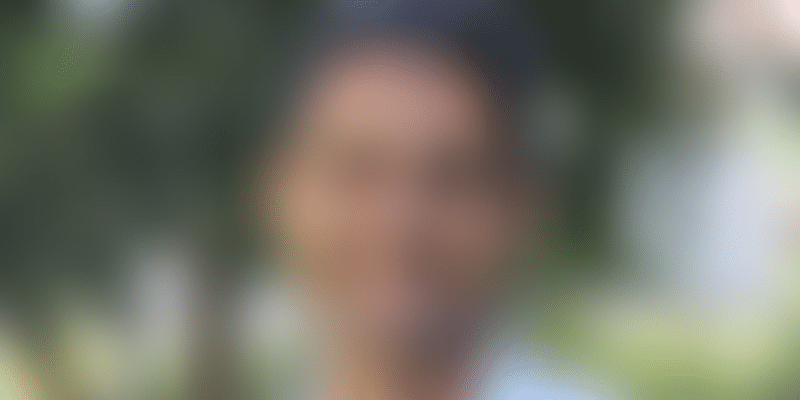 In this week’s 100x Entrepreneur Podcast, Rahul Chowdhri, General Partner at Stellaris Venture Partners, talks about his investment thesis, the immense potential of consumer driven startups, and opportunities that are awaiting to be grabbed in the Indian edtech space.

An alumnus of IIT Kanpur and IIM Calcutta, Rahul started his career as a management consultant with the Boston Consulting Group (BCG), and later held several roles in product management at Microsoft, marketRx Inc, and i2 Technologies.

In 2007, Rahul joined Helion Ventures, where his efforts were directed towards funding the ecommerce, food, automobile, and education sectors. After eight years of service, he joined hands with his colleagues at Helion and laid the foundation for Stellaris Venture Partners.

Today, the fund boasts of a portfolio that includes startups like Shop101, Mamaearth, Whatfix, Vogo, Swiflearn, Loca, Noticeboard, and many others.

In the recent episode of 100x Entrepreneur Podcast, a series featuring founders, venture capitalists, and angel investors, Rahul spoke to Siddharth Ahluwalia about his investment thesis and the sectors he has an eye on.

Rahul did not plan on doing an MBA immediately after engineering. However, he went with the trend of pursuing one and stepped into consulting later. Soon, he realised that he was not very comfortable offering recommendations to experienced professionals who had been operating their businesses for decades.

That was when he decided to gain some experience and worked at software companies such as i2 and MarketRx in the US.

Around 2005, Rahul realised his love for entrepreneurship and wanted to start his own firm.

“At that point in time, Microsoft seemed like a good soft-landing platform. I jumped in and got to interact with quite a few venture firms. I found the entire experience of working with founders and building companies very interesting. Coincidentally, Helion was looking for someone then and I began my journey with them,” recalls Rahul.

Once Rahul began working with Helion, he found his calling to be an investor. And together with Alok Goyal and Ritesh Banglani, he founded Stellaris in 2016.

The potential of consumer brands

Rahul’s love and conviction for consumer brands is quite evident considering his prolonged investment in the sector. His interest in the space piqued when he pooled in funds for the consumer brand iDfresh while at Helios. It also gave him the confidence to invest in retail enterprises such as saloon chains like YLG.

“Consumer brands not only tend to have high margins, but are also easily scalable, especially if the brand and product syncs with consumer needs. Hence, we closely started looking at companies offering personal care and fashion products as well as high value food items. Selling online both on these ecommerce platforms and direct to consumer through their own websites makes it even more exciting,” Rahul says.

He also speaks about investing in Mamaearth, one of the fastest growing firms in the baby care segment in India today. When Rahul first met Varun Alagh and Ghazal Alagh, the co-founders of Mamaearth, he sensed they had a good understanding of the brand and had online thinking. This further fueled his decision to invest in them.

Another factor that worked well in the case of Mamaearth was its ability to not restrict itself to solving only one problem, but think beyond to iron out other shortcomings as well.

“Flipkart started by selling books, then electronics and then everything else. This is a classic example. And there are multiple such examples of companies or brands that became large since they attempted to solve multiple problems. They had enough room to expand despite having certain restrictions. And that was the thesis that worked for Mamaearth too.”

The quick adoption of technology and implementation of capital efficient systems has led to consumer brands hitting the growth curve in a relatively less amount of time.

When it comes to consumer brands, Rahul believes that they have the potential to touch a 100 million ARR business five years down the line. Since many personal care and fashion brands are already making crores of rupees in revenue, he says there is a possibility. He believes that democratising distribution channels through online selling and endeavouring to build the brand on digital platforms has the potential that is required to amplify the brand’s value.

In today’s era, there is a whole lot of competition in almost every segment of the business. Therefore, it is imperative for startups and brands to set up a line of defence or a moat to fight competitors and stay afloat.

Rahul also throws light on the importance of standing out in the market.

How this baby product startup positions itself to compete against FMCG giants — Johnson & Johnson, Wipro, Dabur

The edtech sector has been making significant strides in the last few years across the country. The reduced cost of delivering online education and the increased penetration of internet as well as smartphones are identified to be some of the reasons for this. With the outbreak of the COVID-19 pandemic and the subsequent shutting down of schools, many more individuals have turned towards digital learning.

Several edtech startups like BYJU’s, Unacademy, Vedantu, and Toppr are presently clocking a lot of revenue. Recently, even Stellaris Venture Partners added Swiflearn, a startup that provides live tuitions for grades 3 to 10, to its portfolio.

“A lot of parents find it hard to figure the right tuition teacher for their children. In case they don’t like the quality of teaching, after let’s say three months of enrolment, nothing much can be done about it. The time spent cannot be brought back as well. With Swiflearn, if a particular teacher is not working out, they can be replaced instantly,” Rahul explains.

When Siddharth asked Rahul about whether the edtech space is too crowded and if there is room for any other billion-dollar company, he says,

“I feel there are multiple ways to cut the pie. It will be hard to imagine one single company ending up as the winner. Besides, there are so many areas that can be focused upon – from exam preps, tuitions, extra-curriculars, STEM subject to higher education. So, I think there is definitely space for others and opportunities are not saturated.”

Rahul, Alok, and Ritesh are known to have many conversations around the biases in investing and decision making. Some of the common prejudices that tend to crop up while making investment decisions are related to the founders, their traits, and other team-related or sector related issues.

One area with regard to which the trio has changed their mindset is sizing the market.

“We realised that the final shape of any startup could be very different from where it started. Trying to build models and say that the company will be of a certain size after five years will be totally wrong,” says Rahul.

“It is important to keep questioning biases in order to root it out,” adds Rahul.