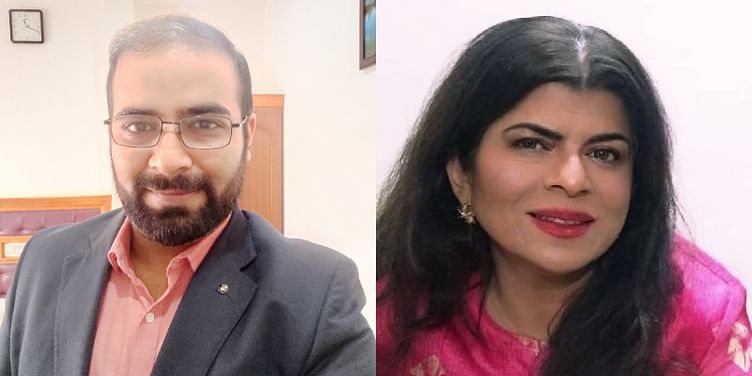 India has an ambitious target of becoming an all-electric vehicle nation by 2030. In fact, the Indian government plans to introduce 10,000 electric buses and 50,000 electric rickshaws within the next few years, which is expected to raise the consumption of lithium-ion batteries in the sector, a report by Mordor Intelligence states.

“If you talk about parameters such as waves, energy, density, or size, Li-ion batteries are much better than lead-acid ones. However, lead-acid batteries will continue to have a substantial market share because of their price,” says Rohan Singh, Co-founder of ﻿Ziptrax Cleantech﻿ — an electric cell repurposing startup.

The Delhi-based startup was one of the participants in the Responsible AI for Social Empowerment (RAISE 2020) summit, organised by NITI Aayog and the Ministry of Electronics and Information Technology (MeitY).

Ziptrax was founded by Rohan Singh Bais and Sonia Singh in December 2016, while the third co-founder, Ankur Tyagi, joined the team in 2018.

The inception and workings

After finishing his engineering, Rohan worked with e-waste companies like Sungeel India Recycling and India Energy Storage Alliance (IESA), where he came face to face with the dark realities of e-waste management in India.

“Every year, about 15,000-20,000 tonnes of Lithium-ion battery waste is generated, mainly from the mobile phone industry. If the waste continues to get accumulated, in the next five to seven years, India could be looking at a huge problem of a pile of batteries that would need to be recycled at all costs. This waste is hazardous both to the environment and mankind as Li-ion batteries heat up and can cause fires,” Rohan says.

At the time of being discarded, these Li-ion batteries have close to 70-80 percent capacity left. This prompted the Ziptrax team to recycle these batteries, thus giving them a second life, Rohan quips.

Ziptrax has developed an AI tool that helps in segregating the usable Li-ion cells from the damaged ones. Using the hydrometallurgical process, the startup then extracts chemicals, including nickel, cobalt, and manganese from the batteries.

“The maximum amount of materials that can be extracted using this process, and their efficiency stands at around 95 percent,” Rohan says.

While India imports a majority of Li-ion batteries, especially from China, these repurposed batteries can help the domestic cell manufacturers secure the raw materials, as well as boost import substitution.

Ziptrax is a new entrant to the EV space and has spent the last few years in R&D, developing prototypes of the batteries and supplying the cathode and anode materials used for making Li-ion batteries.

It has an R&D unit in Delhi and a processing unit in Ghaziabad. The startup is also looking at building a pilot facility that will recycle 1,200 tonnes of Li-ion battery materials annually, which, in turn, can also produce close to nine million cells yearly.

Rohan claims that the startup clocks an annual turnover of Rs 25 lakh.

Electric two-wheeler vehicle sales in India grew by 20 percent at 1.56 lakh units sold in 2019-20, according to the Society of Manufacturers of Electric Vehicles (SMEV).

Additionally, the government has been taking steps to ensure India doesn’t lag in the global EV market. Recently, the Department of Heavy Industries floated an Expression of Interest (EoI), inviting proposals from government organisations, PSUs, state-owned distribution companies (DISCOMs), and other public and private entities to build and operate charging infrastructure for EVs.

Rohan says that India’s EV infrastructure is in a nascent stage, with not many manufacturers able to understand the importance of a battery recycling partner. For this reason, Rohan claims to find it difficult to collaborate with Indian EV manufacturers.

However, he is optimistic that this change in mindset will come eventually since, “Tesla has proven that recycling of Li-ion batteries is a matured technology.”

Ziptrax Cleantech counts B2B companies such as Zip Scooters, MobilityX, Okaya, Nippon Recycling as its clients. It competes with the likes of Lohum Cleantech, ION Energy, and more. Bigger players like Tata Chemicals and Mahindra & Mahindra have also announced their plans to enter this space.

Ziptrax Cleantech raised $120,000 from ﻿Shell Ventures﻿and is actively looking for funding to scale its operations.

“The COVID-19 pandemic brought the spotlight on India, and the world is gradually shifting away from China. This is a good time for the EV sector in India, and Ziptrax hopes to leverage from the same,” Rohan concludes.