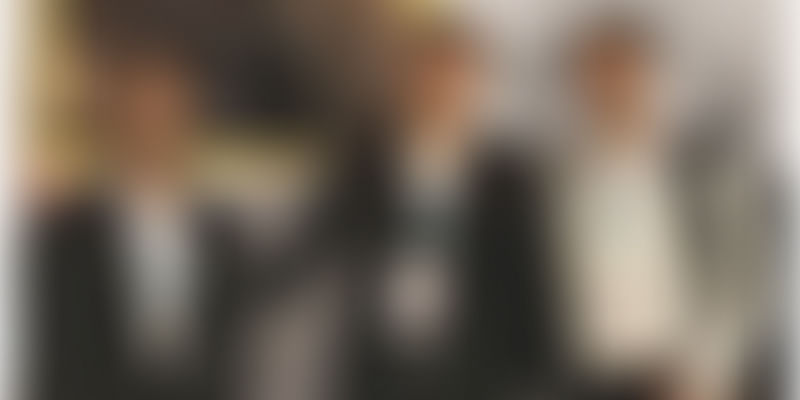 The lack of road safety in India is increasingly becoming a matter of major concern. According to National Crime Records Bureau (NCRB) data, India recorded around 4.3 lakh road accidents in 2019, which took the lives of 1.5 lakh people.

New Delhi-based deep tech startup NAYAN India Science and Technologies, founded in 2018 by Jayant Ratti, Abhishek Bose and Anuj Middha, has taken up the onus by developing a road safety and traffic monitoring solution that uses a camera, computer vision and artificial intelligence.

Jayant, Founder and Managing Director, explains, “NAYAN has developed a crowdsourcing application that needs to be downloaded by drivers on their mobile phone, which can then be kept on the vehicle’s dashboard.

“The application will constantly monitor roads, infrastructure, and traffic violation. The AI Powered algorithms analyse the video feeds and alert in case of violations, defects or dangers on the road.”

Jayant, who did his engineering from Delhi University and completed his PhD in Robotics and AI from Georgia Institute of Technology, had launched VAIRDO Inc in 2015 to provide robotic and drone-based solutions in US. He returned to India in 2017, exited VAIRDO and launched NAYAN with an initial investment of Rs 3.5 crore.

NAYAN has now expanded to work with other industries such as agriculture, insurance, defense, security, infrastructure and smart cities. The results along with live data across many cities In India and abroad can be tracked from NAYAN's official website.

According to the co-founder, NAYAN is focused on using India’s huge population to provide digital employment and solve road monitoring and infrastructure issues .

“Three big problems in India are yet to be solved - massive explosion of population, unregulated roadways and transportation, and lack of infrastructure management. NAYAN’s business model was born to marry the problems and find a solution. The startup is focused on using India’s main asset - its huge population - to solve road monitoring and traffic issues,” Jayant says.

NAYAN won the smart mobility and transportation category at RAISE 2020, the virtual global AI summit organised by the Ministry of Electronics and IT earlier this month.

How Pune-based Vendekin is using SaaS tech to enable a secure, cashless, and touch-free vending experience

Speaking about the business model, Jayant says NAYAN is a SaaS startup and charges the partner institution for the video analytics data. He adds that the startup is looking to supply services to fleet aggregators such as Uber, Ola, Swiggy, Zomato, buses, and insurance companies such as Bajaj, Tata, Reliance, ICICI and work with government institutions such as MeitY, NIC, NITI Aayog, Atal Innovation Mission, NHAI, DRDO, etc for deployment of the application.

The pricing model will depend on the kind of data or video analytics being sought by partner organisations.

Jayant explains that the startup is looking to support lower income groups by giving them access to the application so people, especially women, disabled, under privileged, farmers, labourers, villagers/suburbs dewellers, can be part of active monitoring of country infrastructure, hazards using the application and earn daily income as digital workers .

The founder says, NAYAN’s business model allows the citizens to be digitally employed to earn money by supporting the network and helping to monitor issues on roads. “For example, a driver’s AI app detects and reports a major illegal parking on a national highway, or a major obstruction on a flyover, then thousands of crowdsourced workers are engaged in the act of reporting issues quickly to the right agencies, authorities. In return everyone is digitally paid for the reports and monitoring done using their mobile devices, on a daily basis

The SaaS startup has raised seed and institutional funding from a clutch of investors and is now valued at Rs 280 crores, but the founder declines to disclose further details. NAYAN qualified for the third edition of Google Launchpad Accelerator Programme, Dubai Future Foundation and also won the Best Startup of the Year at GiTex, Dubai, last year. The startup has 100 team members working as of now.

Bengaluru-based RoadMetrics is also involved in a similar segment. The startup’s detection and monitoring system uses AI to detect cracks, potholes and damages on roads via its mobile application. It provides detailed data on the road using image processing and smartphone sensors.