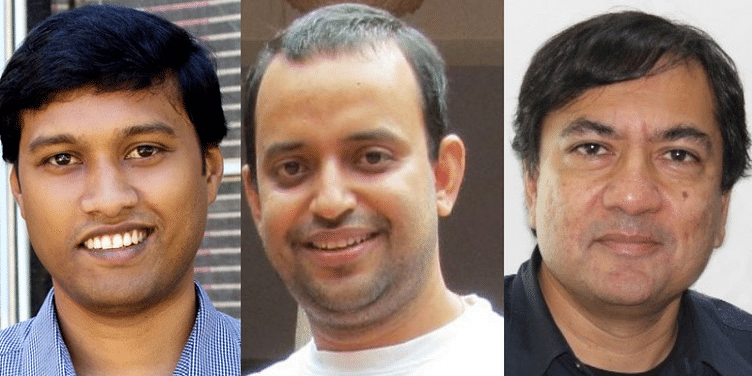 A Tech30 startup for 2020, Niral Networks’ open product framework is built using open source software that enables operators to use a vendor-agnostic networking platform that reduces the risk of vendor lock-in.

Over the years, wireless and networking technology has revolutionised the way people interact and stay connected. India has also grown tremendously with the development of wireless technologies like Wi-Fi, Bluetooth, and 3G/4G/5G networks.

While Reliance Jio has developed its own 5G technology to reduce the dependence on foreign vendors, many other startups are also working on 5G technology, which holds a strong promise for the startup ecosystem in the country.

Bengaluru-based Niral Networks is also developing curated, open, and disaggregated networking solutions that transforms the economics of networking systems for 5G and beyond. The startup was co-founded by Abhijit Chaudhary (42), Inder Gopal (58), and Subrata Debnath (42) in July 2019.

Niral finds a mention in YourStory’s Tech30 list for enabling operators to use vendor agnostic networking platform that reduces the risk of vendor lock-in.

Abhijit and Subrata did their engineering together from NERIST, Arunachal Pradesh. They had previously co-founded an engineering services company that consulted telecom companies. While consulting with telecom operators in the Middle-East, South-East Asia, India, and the US, Abhijit realised that one of the biggest risks faced by operators was vendor lock-in from incumbent OEMs, which makes upgrades slower, increases cost, and hampers innovation of the operators.

Around the end of 2018, Abhijit met Inder Gopal in Delhi, who was working on the Government of India’s Smart City Mission to launch a nationwide Urban Data platform using open source. Both realised their common interest in data networking and the eagerness to develop networking products out of India for the global market, and provide an alternative option to traditional OEMs like Huawei, ZTE, Cisco.

After multiple deliberations with operators and OEMs in India and the US, the three co-founders came up with the concept of open product framework and Niral Networks was formed.

Abhijit says, “We work with the open source community, open hardware community, and open innovation group within organisation, and we have developed an Open Source Network Operating System called NiralOS.”

“When NiralOS based products are deployed, it frees up the operator from any type of vendor lock-in, creating opportunities such as competitive pricing, more flexibility, faster innovation, and cost-effective scaling, which all ultimately have the potential to significantly lower both Capex and Opex.”

The startup partners with its customers and collaborates with them to reduce the risk of vendor lock-in. According to the startup, it is one of the few companies that develops networking products using open source software globally.

Some of its product includes Cell Site Router (CSR), Deep Packet Inspection (DPI), Cell Site Gateway and Inspection (CSGI) that can be integrated on a Whitebox Hardware or deployed as a virtual function.

Niral provides its OS either as a product pre-integrated software and hardware or as only software and integrate it with separately purchased hardware.

It charges an annual subscription fees for the OS and a one-time NRE fee for customisation and bespoke product development.

The startup is in advanced stage of trials and has commercial agreements with eleven telecom operators and ISPs in India, Asia, and Europe, including Spectra, Airtel, Rakuten, and Tata Communication, among others.

According to Markets and Markets, the 5G fixed wireless access market is estimated to be worth $46.4 billion by 2026.

To overcome the problem of vendor lock-in, telecom operators are changing their model. In 2018, AT&T Inc announced the deployment of disaggregated solutions in collaboration with open-source projects.

Niral Networks took a similar approach of openness that uses open source and no proprietary component.

The startups’ open networking software and white box products are an alternative to Cisco, Juniper, and Huawei. As part of a recent report by DSCI, a NASSCOM initiative, Niral Networks has been named as a leading 5G technology provider from India.

Niral has started its sales office in the US to expand its engagement with operators and cloud providers in North America and Europe.

The bootstrapped startup aims to raise funding by early next year to be able to support the customer with commercial deployments and expand its global sales. It is looking to generate a revenue of Rs 1.3 crore in FY 21 and grow it to Rs 20 crore by FY22.