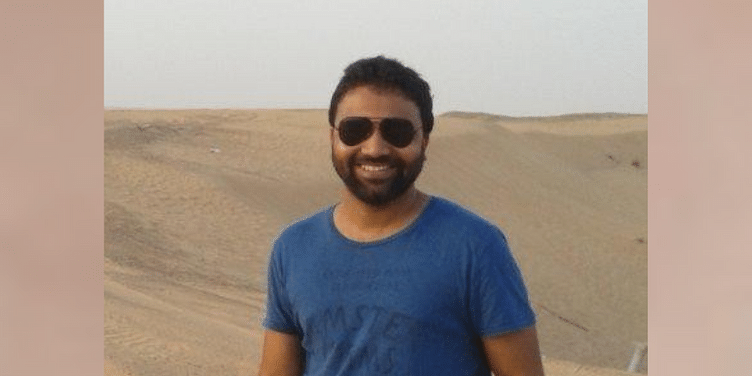 Bengaluru-based Nuclei allows digital banking platforms to seamlessly integrate with third-party product and services. The startup has been selected for YourStory’s Tech30 this year.

With India's fintech adoption rate at 87 percent, which higher than the global average of 64 percent, key players like banks cannot afford to lag behind in tech innovation.

Entrepreneur Ankur Joshi, 34, says banks need to update their legacy systems to seamlessly engage with their customers and compete with consumer tech companies.

To help banks with digital banking solutions, Ankur started Nuclei in September 2018. The Bengaluru-based financial services startup is a merchant marketplace platform that claims to “inject the tech DNA for banks”. The platform has third party merchants and service providers, which can be integrated with the bank’s mobile app.

The startup has been selected as part of YourStory’s Tech30 cohort for the year 2020.

At present, Nuclei works with 16 major banks across India, Southeast Asia, and the Middle East, and hopes to get six more banks on board in the next three months. It has been empowering banks like SBI, ICICI, Canara Bank, IndusInd Bank, RAKBANK, among others.

The startup enables banks to directly cater to their customers to avail services like flight booking, credit report generation, mobile recharge, and buy digital gold. The end customers can transact directly through bank’s payment instrument like savings account and credit card without being directed to third party payment services.

“We create the frontend customer experience after merchants or service providers are integrated and deploy our solutions on the bank’s app. The bank then distributes the service through their app to their own customers. Essentially, it is a framework for banks to go live with any third party merchants,” Ankur explains.

The idea, Ankur says, was to build a global product company in India. “It is about time the country changes its reputation as an outsourcing destination to a product destination.”

As of now, the platform claims to be seeing over three million monthly transactions across 15 categories and 40 merchant partners.

Ankur says, in the next two years 50 percent of revenue will come from outside India, and the startup hopes to have half of its client hailing from global market.

A bootstrapped startup, Ankur says adopting B2B2C model was a conscious decision. “Building B2C venture was out of question because it would require us to raise some capital to advertise and get downloads. We wanted to bootstrap and be a sustainable company,” he says.

However, as an enterprise software startup, building credibility to gain the client’s trust was the key, especially as a small and unheard-of entity.

Signing up as a global vendor of Mastercard and becoming part of Microsoft for Startup were initial efforts toward building trust. Subsequently, being selected for YourStory’s Tech30 programme will also help gain visibility.

Profitable since first year of inception, Nuclei clocks an annual revenue of Rs 6 crore, which comes from its software enterprise income from clients and commission earned per transaction from third party merchants.

The COVID-19 pandemic slowed sales for the startup in three months after April, but Ankur says it has picked up since July and hopes to achieve stability in the next three months.

The startup sees little competition in the market. Ankur says, “Big services companies could be our competitors, but given the nature of their business, they would not build it to scale and go on to build from scratch for different clients. Plus, cost of building the platform will be 10x higher than buying from us.”