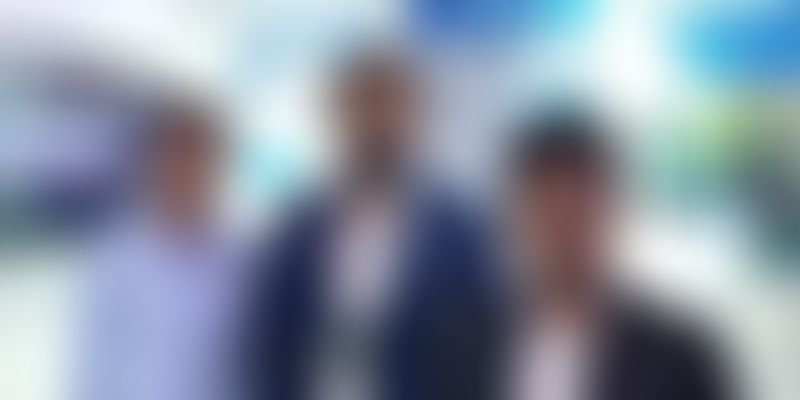 Founded by IIT Bombay alumni Tushar Jadhav and Ashtesh Kumar in 2017, Manastu Space has developed a green satellite propulsion system that is 25 percent more powerful, and 60 percent cheaper than the conventional systems.

The Indian space industry has been rapidly evolving in the past few years. Starting from launching satellites, executing successful space missions, to churning out multiple innovations — it has done it all. In fact, the Indian Space Research Organisation (ISRO) recently opened up the sector to private participants as well.

However, the downside of these innovative strides is the damage caused to the environment. Today, most of the satellites and rockets launched into space leave a hefty carbon footprint behind. The chemical propulsion driving them contains highly toxic fuels that lead to environmental degradation, causing harm to human health if not handled with care.

To counter this, Mumbai-based startup Manastu Space has developed an advanced, high-performing propulsion system known as I-Booster. The spacetech startup claims that this sustainable and safe propulsion system can reduce operational costs by 60 percent and satellite manufacturing costs by 30 percent.

Founded in 2017 by IIT Bombay alum Tushar Jadhav and Ashtesh Kumar, Manastu Space has made it to the special mentions category of YourStory’s curated list of startups this year.

While at IIT Bombay, Tushar pursued his Masters in Aerospace Engineering and went on to work with DRDO as a scientist. On the other hand, Ashtesh focussed on Mechanical Engineering and became the computer head at ‘Pratham’ — an IIT Bombay student satellite project.

The duo met while working on a 10 kg satellite, as part of the student satellite project, designed to count the number of electrons in the ionosphere. Eventually, they both realised their mutual interest in developing cleaner and greener systems for the space industry.

“Satellites need small rocket engines also called thrusters to change their orientation or orbit while in space. The fuel that is used in these thrusters — hydrazine — is extremely noxious. In fact, the European Union, as well as a few other countries, are looking to ban it. So, we at Manastu worked towards building an efficient alternative for this,” Tushar Jadhav, Co-founder, Manastu Space, tells YourStory.

Manastu Space’s I-Booster consists of an engine, fuel tank, catalyst, and other vital parts like thrusters. The propulsion system’s function revolves around the chemical compound of hydrogen peroxide, as well as a proprietary high-temperature catalyst.

The thruster in the system works on the principles of a rocket engine and runs on hydrogen peroxide combined with certain additives. The hydrogen peroxide undergoes catalytic decomposition and releases water vapour, oxygen, and heat. On the other hand, the additives combust in the presence of oxygen and tend to generate a higher temperature.

“A crucial component governing the performance and life of a thruster is the catalyst. And, we have invented a high-temperature catalyst that is capable of decomposing hydrogen peroxide and withstanding high temperatures, as well as thermal stress. This, in turn, makes the system 40 times less toxic, and 25 percent more efficient than the hydrazine fuel,” explains Tushar.

In fact, if the I-Booster system is used for any satellite missions, the thrusters will need to carry less fuel. Hence, the overall cost of launching and operating a satellite is also much lower.

Manastu's I-Booster has already undergone internal and external validation, and is in talks with ISRO for the commercial development order, following a technical review.

“So far, we have generated between Rs 1 crore and Rs 3 crore revenue per annum. Though we were initially bootstrapped, the Shell E4 accelerator programme supported us a little later. However, we are looking to raise more funding in the next two months,” adds Tushar.