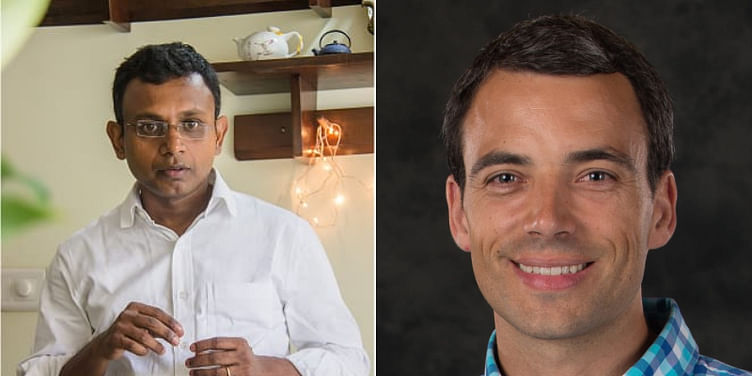 Touchless ID Private Limited helps companies verify the identity of their customers using touchless mobile biometric technology. The startup has been selected as a part of this year’s Tech30 cohort.

With the world going touchless and contactless, has anyone given a thought to identity verification going the same way?

This is what Touchless ID Private Limited is doing with its in-house developed software - IDENTY. Operating with a small team of less than 10 people, this Bengaluru-based startup has been selected as part of YourStory’s Tech30 cohort for 2020.

The startup was founded by Antony Vendhan and Jesus Aragon in July 2018. Antony worked in the Silicon Valley for 15 years and says his experience in the US taught him a lot about “building scalable businesses.”

He previously worked with Netflix and Yahoo! as a software engineer and technical lead respectively.

In 2011, he returned to India, encouraged by the growing startup ecosystem in the country. The idea of launching ﻿Identy(Touchless ID Private Limited)﻿ came to Antony in the second half of 2017 when he was applying for his ﻿aadhaar﻿ card.

He had to wait for long in line and also had to visit the centre several times to follow up on the process. “It was not a fun experience,” he says.

However, the experience also made him realise that his mobile phone’s camera was pretty powerful.

An idea germinated in his mind. Why couldn’t the phone be used to send biometric data remotely without using a scanner? “This will also foster greater financial inclusion,” he thought to himself. Thus, he started building a software that can be integrated into mobile applications of banks and other organisations for carrying out financial transactions.

The IDENTY software scans the fingers of a person and extracts fingerprints. The verification of the person happens using the software through a finger and also a newly-introduced face enrollment feature.

Identity verification holds a lot of scope in the Indian fintech sector. According to government estimates, India now runs the world’s largest direct cash transfer programme with over $35 billion now directly being sent to the bank account of the beneficiary, resulting in savings to the tune of $5 billion.

Further, the coronavirus pandemic, which has forced people to go touchless and contactless, has proved that contactless biometric systems are here to stay.

“Anyone who is applying for a credit card or wants to get identities verified can embed this software into their mobile applications and use it further,” Antony says.

The “liveness” detection is the most important feature according to Antony. It ensures that the person getting himself verified is not using a spoof or fake identity.

IDENTY follows a subscription-based revenue model. The company works as System Integrators and charges per transaction. It has around 11-50 customers with 80 percent of its customers being financial institutions. The company is operating in India as well as abroad . Some of its clients are Mexico-based Truper and Intercam Banco (Bank), Dominican Republic-based Banco Popular, among others.

The bootstrapped startup claims that it has applied for six patents of which one has been approved. The highest revenue it has generated over the years is somewhere between Rs 3 crore and Rs 6 crore. It competes with companies like  Redrock Biometrics and BioCatch in the space.

Antony says that the plan is to become the go-to company for mobile biometric verification.