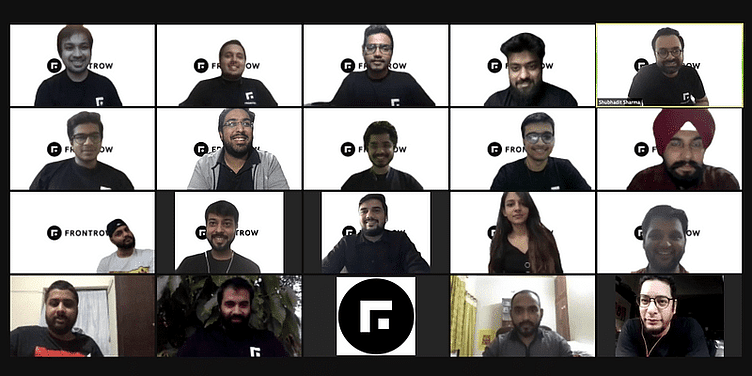 Learning and community platform FrontRow will use the $3.2 million funding to add more courses and categories, expand its community offering, and go deeper into various course formats.

﻿FrontRow﻿, a learning and community platform focused on creative arts and sports, has raised a seed round of $3.2 million led by venture capital firms Lightspeed and Elevation (formerly SAIF Partners), along with Deepika Padukone’s Family Office.

Founded by Mikhil Raj, Shubhadit Sharma, and Ishaan Preet Singh earlier this year, FrontRow said it aimed to help people learn from the very best and get better at their passion, be it music, comedy, cricket or anything else.

FrontRow claims that it offers classes taught by the biggest celebrities in the field, paired with a community platform that gives learners regular activities, competitions, and peer engagement to practise and showcase their talent.

“We’ve known this team for years and are extremely excited to back a team building a new paradigm for learning – a cross between learning, entertainment, and community”, shared Akshay Bhushan, Partner at Lightspeed.

“We’ve been early investors across these categories with ﻿BYJU'S﻿ and ﻿ShareChat﻿, and believe that a solution needs to pick the best from all of them.”

Actress Kajal Aggarwal picks up stake in Okie Gaming, says keen to get more women on the platform

FrontRow is now a 20-member multi-disciplinary team based in Bengaluru and Mumbai.

The founders were executives in the startup ecosystem before coming together to start FrontRow. Mikhil Raj led consumer product at ﻿ZestMoney﻿ after the company acquired his previous startup, Photograph AI. Shubhadit Sharma was VP Engineering at ﻿GlowRoad﻿ and previously held key roles at ﻿Oyo﻿, Vahan and Finomena. Ishaan Preet Singh was an investor at Lightspeed and a consultant at McKinsey.

There is massive demand for learning in non-academic fields according to Ishaan, who estimates “there are 26 million+ people who already pay to learn in these categories”.

The company already claims to have tens of thousands of beta users participating in its community groups pre-launch.

According to Shubhadit, “In our communities we see users from across the country, with massive pull from small towns such as Shivpur, where a user actually set up their own comedy club.”

FrontRow will use this fundraise to add more courses and categories, expand its community offering, and go deeper into various course formats.

Commenting on her investment, Deepika Padukone said, “If there’s one thing I wish I had access to while growing up, it would be a platform like FrontRow, one that gives individuals access to abundant knowledge in non-academic fields and connects them to a community of peers and professionals in their field of interest.”

Mayank Khanduja, Partner at Elevation Capital, said: “Our past investments in the education, social and creator space such as ﻿Unacademy﻿, Sharechat and ﻿CampK12﻿ have made us extremely bullish on the opportunity to create large learning and community platforms in India. Once we spoke to FrontRow’s early users, we saw similar potential, and the need for a platform like this became very clear.”