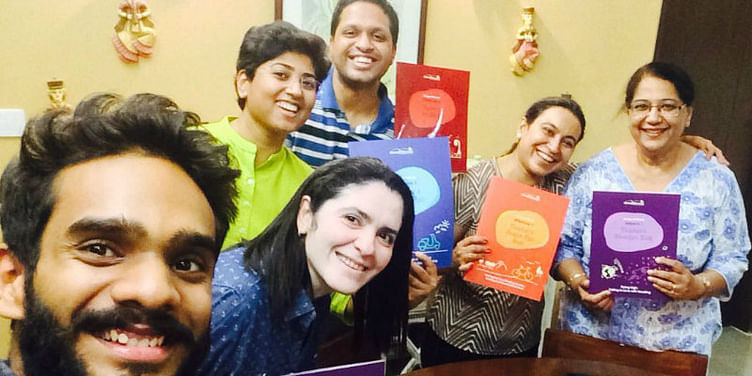 This is Unreasonable Capital's first investment in India and has previously invested in other emerging market economies such as Nigeria and Brazil.

Gurugram-based education technology firm ﻿Stones2Milestones﻿, which owns and operates Freadom, on Wednesday said it has raised around Rs 19 crore in a bridge funding round led by existing investor Unreasonable Capital and its limited partner, Goldhrish Foundation.

This is Unreasonable Capital's first investment in India, and has previously invested in other emerging market economies such as Nigeria and Brazil.

An investment banker from Singapore along with a few marquee lawyers led the angel investment share in this round along with three angel platforms -- AngelList US syndicate, LetsVenture and Faad Network, the company said.

Founded by Kavish Gadia and Nikhil Saraf in 2008, Stones2Milestones has so far raised $650,000 (approx Rs 4.5 crore) in total according to the website of Unreasonable Group.

Freadom is a comprehensive learning platform for children aged 3-10 to strengthen their English reading, speaking, and conversation skills.

"English is a second language and this segment is growing fast. We are now scaling our solution fast to reach 10 million within the next 12-18 months," said Kavish Gadia, Co-founder, Stones2milestones.

"With a product that's working for 2,00,000 plus users, a profitable business model and a mission-aligned passionate leadership team, this round of capital is well-timed for fueling growth," Gadia added.

Several other institutions participated in the Stones2milestones' past financing rounds, including Menterra Ventures, Caspian Impact, GodSpeed Ventures, and Astir Ventures.

"The company is at annualised revenue of $1.5 million (about Rs 11 crore) and expects ARR (annual recurring revenue) to cross $7.5 million (around Rs 56 crore) by March 2021. Based on the last six months of 100 percent month-on-month revenue growth, the company is on track to hit this target without even a Series A close," Stones2milestones said.

The company has also initiated the process to raise $5-8 million and two of its current investors have confirmed participation in the round, it said.