RAISE 2020: How healthtech startup SigTuple Technologies is leveraging the power of AI in healthcare 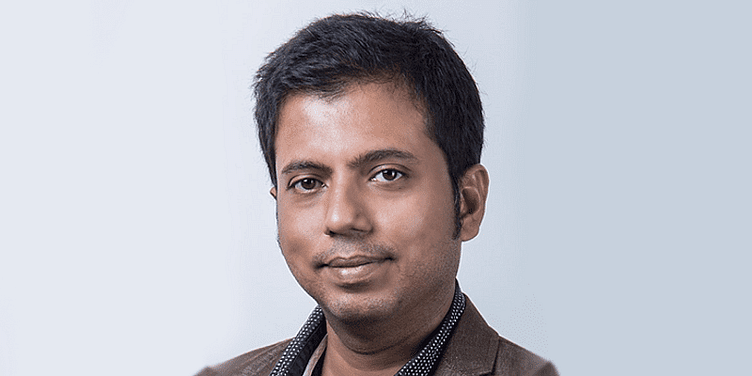 Perseverance and persistence are the two words that best describes the spirit of Tathagato Rai Dastidar, Co-founder and CEO of ﻿SigTuple﻿ Technologies.

An alumnus of IIT Kharagpur, he lost his father almost two decades ago to misdiagnosis of acute myeloid leukaemia. This led him to quit his cushiony job and take the entrepreneurial road. Despite not having a background in medical sciences, Tathagato was confident that healthcare had a lot of data, which was not being put to good use.

In June this year, Tathagato had to let go of the two co-founders. However, despite the adversities, he is set to take his startup to greater heights.

“We are actively looking to expand our footprint both pan India and across the globe,” he tells YourStory.

SigTuple is one of the 21 RAISE 2020 winners. The healthcare startup has raised $40.8 million in funding so far, and is backed by the likes of Accel Partners and Chiratae Ventures.

SigTuple was founded in 2015 with the ambition to automate the manual review of visual medical data by using artificial intelligence (AI).

“It is essentially to automate a majority of what a medical practitioner does by looking through a microscope, or a retinal image, or an X-ray film,” Tathagato says.

His aim was to make the life of a doctor simpler, eliminate manual errors, and enable telemedicine so that screening tests can be made accessible to a larger population.

In early 2015, Tathagato quit his job at Tribune Digital Ventures to found the healthtech startup. “We started off in the field of microscopic review of blood samples,” he says. Thereon, SigTuple branched out to urine and semen microscopy, and retinal image analysis. The team has published several research papers and has been granted 11 patents as well.

SigTuple operates in the fields of pathology and ophthalmology. In the pathology segment, it offers two solutions -- an automated digital microscope and an AI platform.

The smart and automated digital microscope, also known as AI100, is powered by AI. It converts a physical sample into digital images. The AI platform, on the other hand, analyses these digital images to create a report for review by the pathologist.

“The analysis automates more than 90 percent of the work of the pathologist,” Tathagato says.

SigTuple charges for its hardware and cloud services and targets hospital labs, laboratory chains, or standalone labs, and diabetic clinics or diabetic retinopathy screening centres. It has on-boarded around 20 partner clients so far.

Tathagato says that medical labs conduct up to 15 percent of blood tests for CBC require manual microscopy in all labs and that the market opportunity is huge with more than one lakh such labs being present across the globe.

SigTuple competes with the likes of CellaVision and Sight in the pathology space, and IDx-DR, EyeArt, Retinalyze in the ophthalmology space. However, Tathagato says his startup has a differentiator to offer.

On the pathology front, “We provide multiple solutions on the same hardware and at a lower cost,” he says. On the ophthalmology front, “We operate on images coming from any retinal camera, and not restricted to a particular camera. We can work on both colour fundus images and OCT scans,” Tathagato adds.

Focusing largely on geographical expansion, SigTuple is working on its USFDA clearance, which will allow it to enter the US market. Going ahead, the healthcare startup plans to on-board more than 100 partner clients.