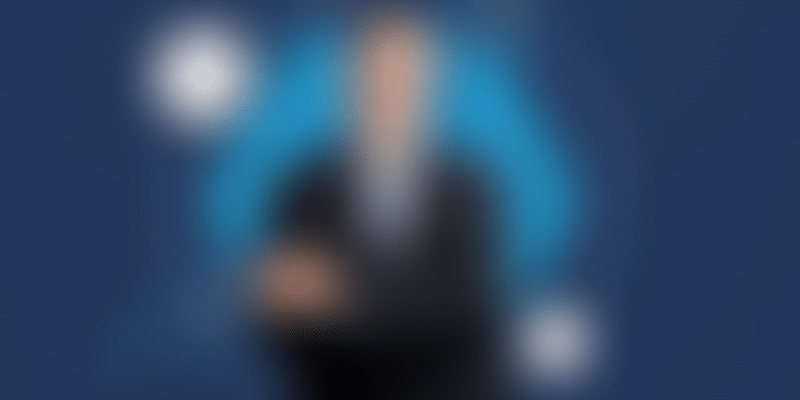 MakeMyTrip Founder, Deep Kalra, who is also an active angel investor in startups, believes there is ample money out there to fund good ideas and entrepreneurs in India, even as the economy reels under the heavy impact of the coronavirus pandemic.

“I clearly think India will have a very bright future, COVID (-19) or not, going forward, because of the quality of entrepreneurs who are coming up and ample availability of money. So for good entrepreneurs and good quality plans etc, I think there's ample money, there's no dearth of it,” Deep told YourStory Founder and CEO, Shradha Sharma, in late August.

A poster boy for the homegrown internet economy and the Indian startup ecosystem, Deep highlighted how there are “so many stories” of startups that have come up with a new idea and in just a couple of years have managed to become a “force to reckon with,” both in the B2C (business-to-consumer) and B2B (business-to-business) space.

The 50-year-old entrepreneur-investor shared that he continues to actively invest in startups and that some of his pre-pandemic investments are “doing really well.”

“It’s exciting to see how well Dunzo is doing. I think Milkbasket too has done really well, and hopefully it will augur well for them,” he said.

Deep invested Rs 3 crore in hyperlocal concierge app, Dunzo, in February as part of its $30 million Series C funding. The platform which currently serves Bengaluru, Delhi, Gurugram, Hyderabad, Chennai, Mumbai, Pune and Jaipur has crossed 2 million monthly transactions. It has turned profitable in Bengaluru, its headquarters, where it first introduced its services in 2015.

Hyperlocal delivery startup, Milkbasket, which operates in Gurgaon, Noida, Dwarka, Ghaziabad, Hyderabad and Bengaluru closed a fresh round of investment of $5.5 million led by Inflection Point Ventures in June. The Gurugram-based startup caters to over 1.3 lakh households and aims to turn profitable this year.

The seasoned internet entrepreneur has also invested in homegrown short-video app, Mitron, which raised $5 million in August as part of its Series A financing round led by Nexus Venture Partners, just a month after raising a seed round of Rs 2 crore. The Mitron app has got more than 39 million downloads on the Android Play Store since its launch in April. The founders of Mitron, Shivank Agarwal and Anish Khandelwal, are both former technology executives of India’s largest online travel booking company, MakeMyTrip.

The future is ‘super bright’

Deep is extremely optimistic about India’s future as a startup economy, despite the current economic gloom the country finds itself in and believes the government is making the right moves in supporting India’s startup ecosystem.

“I think the quality of startups today is definitely better, more evolved, more mature than it used to be. I think it's probably maturing every few years and getting better and smarter and people are very committed, very clear about what they want to build and how they want to go about it.

“So I think our future as a startup economy is super bright and so the government's absolutely rightly placed when they are actually pushing this through NITI Ayog and otherwise,” he said. NITI Aayog, the government’s policy think tank, has been given the task of developing technological products in partnership with the private sector, so as to enable India to “leapfrog” in the post-pandemic world.

At the start of the year, Prime Minister Narendra Modi had predicted that the new decade would belong to Indian entrepreneurs, while adding that the true potential of entrepreneurs would be realised when the government stands by the ecosystem as a partner.

Through the pandemic, the prime minister has often stressed on the importance of building an ‘Aatmanirbhar Bharat’ (self-reliant India).

“In order to fulfil the dream of making the 21st century India’s, the way forward is through ensuring that the country becomes self-reliant," he had said in a televised address in May.