The pandemic has accelerated a structural shift towards digital and online, says Amazon’s Amit Agarwal 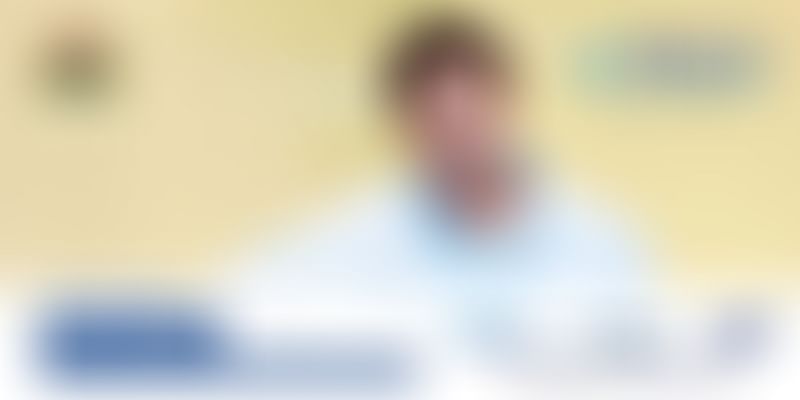 The Global Senior VP and Country Head of Amazon India was in conversation with YourStory Founder and CEO Shradha Sharma at the Bengaluru Tech Summit 2020.

“The 21st century is shaping up to be India’s century. Technology and mobile internet have transformed lives globally and India is no different. As we look ahead, it promises to be India’s moment in the world,” said Amit Agarwal, Global Senior VP and Country Head, Amazon India, during a keynote address on Day 2 of the Bengaluru Tech Summit (BTS) 2020

Amit’s view was in line with the theme of BTS 2020, 'Next Is Now'. He went on to say that technology and mobile internet will be the scalable levers which will drive inclusion and equity and have a profound impact on Indian society. “We’re at an inflection point and are likely to look back at mobile internet and e-commerce as a social and economic leveller that transformed lives and livelihoods in the country,” said Amit.

Earlier, he spoke about how Amazon’s own story in India was strongly tied to Bengaluru, a city he describes as the heart of technology and innovation. “I came here in 2004. Imagine us as a tiny, scrappy Bengaluru startup. The rapidly-growing young global technology company drew on the talent in the city. Today, Indian talent touches almost every part of Amazon’s global offerings.”

More SMBs are reinventing themselves with technology

Amit spoke about how e-commerce was blurring the line between online and offline and local and global. “It is already ushering in faster digitisation across the consumption value chain and enabling expanded access and opportunities for customers across the country, with digital payments competing with cash in convenience and trust, technology and machine learning enabling access to credit and online experiences adapting in real time to customer preferences and limitations.”

In the same breath, Amit cautioned that while the future remains exciting, we have to battle immediate challenges posed by COVID-19.

“The crisis has heightened the resilience and optimism of the Indian entrepreneur as more small businesses are embracing technology to reinvent themselves and jumpstart their livelihoods. This catapults Make in India to go global at scale and creates digitally enabled robust businesses that will eventually power millions of livelihoods and help us realise the vision of an Aatmanirbhar Bharat.”

However, this shift would only be possible in a conducive environment, he said. “India must grab this rare opportunity with both hands by focusing on enabling policies that accelerate this shift. We need to provide a stable and predictable policy framework that attracts long-term investments and proactively removes paper-cuts which would impact the ease of doing business online. We also need to prepare a uniquely large demographic by enabling universal internet access, digital literacy, emphasising focus on science and engineering, and embracing Machine Learning and Artificial Intelligence as future levers to drive transformation at scale.”

Following this, Amit joined Shradha Sharma, Founder and CEO of YourStory, for a virtual fireside chat. Talking about how the pandemic had fundamentally impacted the nature of businesses, Amit said, “We have more than seven lakh SMBs on our marketplace. We actually have an ecosystem of nearly 10 lakh artisans, weavers and women entrepreneurs who also sell on Amazon, so a lot of the ecosystem actually depends upon us for their livelihood. Then we have nearly 100-million-plus customers who shop with us.” He went on to add that the company was seeing more SMBs, small sellers and local stores reinventing themselves and moving online. “They're embracing technology and realising that the online preference for customers is here to stay.” Since the pandemic, Amit says that Amazon India has seen a 50-60 percent increase in the number of new centre signups in the marketplace.

“I’ve always said that this notion of online and offline is misunderstood. You want to attract customers, no matter where they are, and offer them the convenience to discover you and that's what's happening right now,” he said.

He shared the example of Local Shops on Amazon which allows neighbourhood stores to have an online presence. According to Amit, over 20,000 local shops participated in the recently-launched programme and found success.

The reach of e-commerce is rapidly increasing

Another trend was an increase in the number of customers shopping online which prompted them to launch services in four more languages — Tamil, Telugu, Malayalam and Kannada. He also mentioned that more customers were shopping for groceries online. “We actually expanded Amazon Pantry into 300 cities now because we were seeing increasing demand from remote towns.”

Commenting on how they received at least one order from nearly 99 percent of India's pin codes in the first 48 hours of Amazon’s Great Indian Festival, Amit said all these factors pointed to a very secure structural shift towards digital and online.

Reiterating his belief that constraints drive innovation, he shared some examples from Amazon. “One innovation is an internal tool called CRISP (COVID risk score prediction) which allows us to keep our associates, customers and our partners safe. Then we created virtual pick-up points for customers in containment zones.” Another award-winning internal innovation he mentioned was using Alexa to assist employees with their queries. “With work-from-home, they could use Alexa through an app. In the office, we had Alexa pods everywhere and employees could get answers without having to talk to anyone.”

Amit said that the liberalised regime for the ITeS/BPO sector was a welcome move which would ease compliance burden and allow companies to focus on innovation, job creation and being globally competitive. “While these are unprecedented times, they also present an opportunity to innovate and simplify long-standing processes and ways of working. The important aspect is to acknowledge that digital is the way to go and is no longer an option. I think this pandemic has allowed us to understand what kind of flexibility we can add to our working styles, so that we can actually be more productive.”

He said the pledges made by Jeff Bezos during his India visit in January - that Amazon would enable $10 billion in exports, digitise 10 billion SMBs across the country, and create 1 million jobs in India by 2025 - were even more important now, given that these would play a significant role in reviving the economy. “I think humans in general are very resilient, and the Indian entrepreneur especially is super resilient. The Indian corner store has essentially adapted itself to the entire spectrum, so I'm very optimistic about the future.” He said he was excited about Amazon getting to be a digital catalyst for SMBs.

“The need of the hour is to help SMBs, the backbone of our economy, regain ground. I'm very excited that a lot of small businesses in India are embracing technology and that we are able to play a role in getting them jump-started.”

To realise the vision of an Aatmanirbhar Bharat, Amit believed it was important to digitally empower entire communities, which would then have a multiplier impact on job creation, consumption, manufacturing growth and, ultimately promote inclusive economic growth.

Learning from failure is an important aspect of growth

On some of the lessons he learnt in his 22-year-journey with the company, Amit said, “Growing up, I would often wish that I had a job which allowed me to solve high-impact problems and deal with large scale to help society. Amazon India lets me do that. My stint as a member of Jeff Bezos’s team is also significant. Jeff’s focus has always been customer obsession, understanding their problems and inventing on their behalf, and thinking long term. I feel these are really important whether you're a small startup or a large company. Another important learning is that we have to be willing to fail and be misunderstood. As a company grows, everything needs to scale, including the size of your failed experiments. If the size of your failures isn’t growing, you’re not going to be inventing at a size that can actually move the needle.”

Sharing his vision for the future Amit said, “It's been seven years since we launched Amazon in India. We've been voted India's most trusted marketplace for multiple years in a row. As I mentioned earlier, the 21st century is going to be India's century. And the advantage of having the kind of scale that we have right now is that we can actually dream big. We believe that we have a real opportunity and responsibility to be a catalyst in what's going to happen going forward, as we digitally transform consumption, lives and livelihoods, at a very meaningful scale.”