Pivoting to space: At Bengaluru Tech Summit, India and Israel showcase how conventional startups can tap into opportunities in the space sector 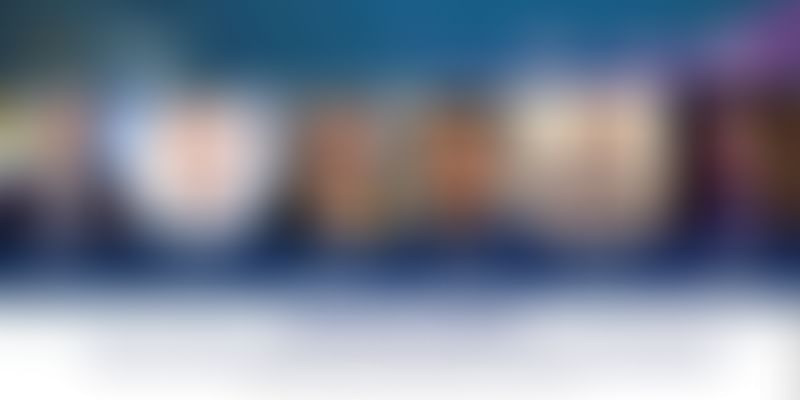 Panellists from ISRO, Israel Space Agency, and select Israeli startups came together to speak on collaborations and innovations.

Just days after Israel announced that Eytan Stibbe will be the second Israeli person to go to space, representatives from Israel led an interesting discussion on the several opportunities for startups in the space-tech sector on the first day of the Bengaluru Tech Summit 2020 on Thursday.

In his opening remarks, Jonathan Zadka, Consul General of Israel to South India, highlighted the potential for collaboration in non-space technology with space applications. Following which, Avi Blasberger, Director General, Israel Space Agency, gave a brief introduction about the agency and some of its key milestones. He shared, “About 30 years ago, Israel became the 8th country in the world to develop the capability to design, build, launch and use satellites. And since then, it has launched satellites for defence, commercial, and scientific purposes. The main aim of the agency is to support the industrial ecosystem and further academic research and development.” He also spoke about the Israel Space Agency’s agreement with over 10 space agencies, including ISRO, for further collaborations and joint efforts. “We are actively encouraging and supporting tech startups to expand their offerings to space-related use cases. We believe that with repurposing, tech startups across sectors can leverage the opportunity in space innovation,” Blasberger said.

Blasberger’s address was followed by a showcase of three Israeli startups that had ‘repurposed’ their offerings to tap into the opportunity in space.

Here’s a look at their innovative offerings:

Aleph Farms is a food-tech startup that grows meat cuts from beef cells using a 3D tissue engineering platform. The startup is working to address the larger challenge of food security with their solution. In 2019, Aleph Farms, through a joint experiment on the International Space Station (ISS), successfully completed its first slaughter-free meat experiment in space. Bovine cells were harvested on Earth and taken to space, where they were grown into small-scale muscle tissue using a 3D bioprinter. Through this joint experiment, the startup brought forward its mission to provide sustainable food security on earth and beyond, by producing meat regardless of availability of land and local water resources. In his address, Pascal Rosenfeld, Space & European programs, Aleph Farms, shared, “We often overlook the fact that Earth has finite resources. Working in space actually brings forth these limitations and constraints alive and in a far more acute manner.” He added that the successful experiment on ISS has opened up the possibility to look into leveraging the technique to provide meat for people living on the space station.

Pluristem Therapeutics Inc. is a clinical-stage regenerative medicine company using placental cells and a unique, proprietary, 3D technology platform to develop cell therapies for conditions such as inflammation, ischemia, muscle injuries, hematological disorders and exposure to radiation. Given their expertise in regenerative medicine, the startup has partnered with NASA to test the efficacy and safety of its PLX placenta-derived cell therapies for the prevention and treatment of medical conditions among astronauts during and after space missions. Efrat Kaduri, Director of Business Development & Marketing, Pluristem Therapeutics, explained that the startup is working towards addressing medical conditions brought about by radiation exposure, microgravity and muscle and bone loss that astronauts experience while on space missions.

StemRad develops and manufactures personal protective equipment (PPE) against ionising radiation. The Chernobyl disaster, and the Fukushima Daiichi nuclear disaster, that saw several casualties of frontline workers, engineers and firemen, brought in an urgency to address the challenge to design functional protective wear. Oren Milstein, CEO and Chief Scientific Officer, StemRad, “Our research showed that the body is not uniformly sensitive to radiation. The bone marrow is dramatically more sensitive. But, one needs to protect only a section of it. ”That learning enabled the startup to develop its first product - the 360 Gamma, a device that protects the user's pelvic bone marrow from gamma radiation. Given that astronauts are also exposed to dangerous radiation, the startup developed its second product - AstroRad. “This has been tested and is being currently used by female astronauts at the International Space Station as they are all more vulnerable to the radiations,” Oren said. This suit is designed to protect vital body organs and tissues which are susceptible to radiation damage, including lungs, bone marrow, and the ovaries. Oren highlighted that AstroRad will be tested again during NASA’s Orion Exploration Mission.

The opportunity beyond commercial value

The panelists at the session also highlighted that the ‘repurposing’ opportunity for startups is beginning to grow steadily. “The opportunity may not bring big monetary benefit immediately, but it will open up the opportunity to expand your use cases and thereby provide more credibility to the solution that you are developing,” Oren said.

Pascal of Aleph Farms agreed, adding,“The collaboration with NASA provided a small company like ours credibility. Moreover, because you will most often work with government space agencies on long-term contracts, you have years of funding ahead of you. This is unlike short term commercial deals which has the possibility to dry up as has been the case in the current pandemic.”

The opportunity in India

The panel also saw participation from India’s very own space agency - ISRO. Sudheer Kumar, Associate Director, Capacity Building Programme Office, ISRO, concurred that repurposing for space is the need of the hour and that it presented a big opportunity. However, Sudheer advised startups and businesses pivoting their solutions to space to pay attention to the quality of their solutions and products. “Space is suited for repurposing. But, one must understand the requirements of the space industry, the quality standards that one must adhere to and where and how they fit in.”

While applauding the Israel Space Agency’s expertise in the sector and the encouragement for joint ventures, he also highlighted the Indian government’s recent move to open up the space sector to private enterprises — from building and launching of rockets and satellites, to providing space-based services on a commercial basis. “We have made regulatory reforms that were needed. And, today startups have the opportunity to explore the vast opportunity in the space sector,” Sudheer said.