[Startup Bharat] Enterprise SaaS firm Kovai.co wants to do for Coimbatore what Freshworks did for Chennai 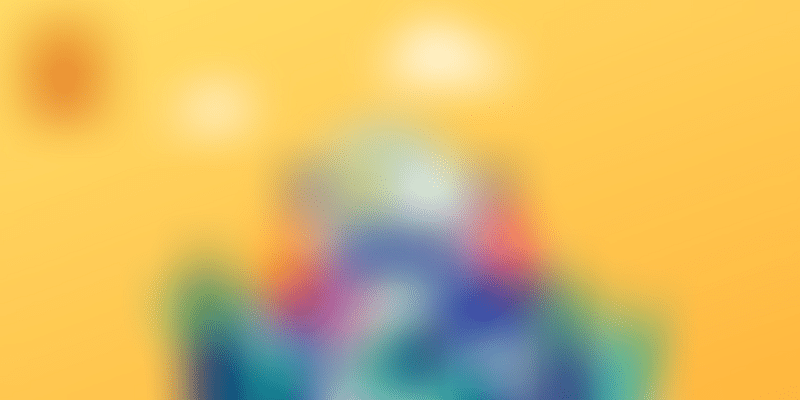 Kovai.co wants to build a world-class SaaS startup from Coimbatore, and in the process, turn the Tier II city into a global SaaS hub. Here’s how it is going about it.

For most part of his career as a techie, Saravana Kumar has been a BizTalk consultant. BizTalk is a Microsoft-owned inter-organisational middleware system that enables large companies to automate their business processes.

Saravana dabbled with this software first at Microsoft and later at Accenture and Fidelity International for eight years during which he “found many gaps from an enterprise security and governance point of view,” he tells YourStory.

In 2011, he finally took the entrepreneurial plunge to set up Kovai.co with the aim of solving those “technical gaps”.

Gradually, the business started gaining traction and Kovai.co closed “bigger deals like Shell and Boeing” in 2013. “That made us believe that the need for the product was there,” Saravana says.

By 2014, the startup set up its first office in Coimbatore, much to the surprise of the founder’s friends and peers.

“Everyone said it would be difficult to find talent in Coimbatore. So we should move to Chennai or Bengaluru. But I knew Coimbatore and it is good to give back to where you belong,” Saravana reveals.

“The biggest advantage we had in Coimbatore was the low rate of attrition. We’re 150 people in the India office and most of them have been with us from the start,” he says.

In 2015, Kovai.co moved to a special economic zone (SEZ) in the Tier II city and started expanding slowly.

“Until 2016, we didn’t have any other product. All our efforts were focused on BizTalk 360 that addressed challenges faced by large enterprises in their Microsoft BizTalk environments,” says the founder.

But as opportunities in Microsoft Azure and Cloud picked up, Kovai.co added two more products to its portfolio — Serverless360 and Document360 that was launched in 2017 and 2018, respectively.

Kovai.co has scaled its B2B customer base to over 1,200 across 60 countries.

About 40 percent of its clients are based in the US, while Europe and India account for 30 percent each. Some of its leading customers include Microsoft, Vodafone, Pfizer, HP, Siemens, BBC, Asics, Ralph Lauren, and others.

The startup continues to be bootstrapped, but has hit an annual revenue rate of $10 million. It has also opened an office in London, where the founder is based. “Our average deal size has gone up from $10,000 to $100,000. We’re fine tuning channels that can help us with fast customer acquisition,” he says.

For the past two years, Kovai.co’s crown jewel has been Document360.

The knowledge-based software that offers content producers and consumers state-of-the-art search, real-time data analytics, tutorials, technical documentation, and self-service guides has acquired 300 customers, and is the fastest-growing product in the Kovai.co portfolio.

Saravana explains, “Everybody is trying to standardise their documentation, especially now after COVID-19.  Document360 is well-suited for remote-working setups. Moreover, the millennial crowd doesn’t want to contact support. Hence, it is becoming critical for companies to have a self-service knowledge base. That way they can reduce their customer support cost significantly, and people can find relevant answers to their questions quickly.”

The acquisition is also expected to boost Kovai.co’s portfolio of Microsoft Azure Management tools, bring in over 250 new enterprise customers, and ease its entry into key international markets.

The founder says, “We are both in the same space and building the same kind of features. So, we wanted to collaborate and make it bigger. Cerebrata is focused on individual developers, while we are focused on big companies. Due to the complementary nature of both products, we saw a huge potential for cross-selling between our customer bases. We are expecting an additional 15-20 percent top-line revenue growth through the Cerebrata acquisition.”

The Cerebrate acquisition marks a new phase in Kovai.co’s journey, one that will involve aggressive growth, rapid scale-up, and increased hiring.

“Earlier, we were a bit conservative in scaling up. But now we are aggressive about growth and are accelerating our spending on customer acquisition. We expect to double our revenues in three years’ time,” Saravana reveals.

Turning Coimbatore into a SaaS hub

Kovai.co also believes that M&As will further its vision of turning Coimbatore into India’s next major SaaS hub (after Chennai and Pune). “We want to do to Coimbatore what Freshworks has done for Chennai,” says the founder.

“We got the same team that did the Freshworks interiors to do up our 40,000-square feet office space. We have spent close to $1.2 million in building the infrastructure. Coimbatore hasn’t seen anything like this before.”

Kovai.co’s vision for the city rests on the fact that SaaS will continue to be a thriving sector — in India and the world — in the years to come.

If the success of Postman is anything to go by, the next phase of SaaS will be about “building anywhere and selling globally”, believes the founder.

He signs off saying, “Even traditional businesses are now becoming SaaS-based. If the last 20 years were dominated by IT services, the next 10 will belong to simple, product-driven, developer-focused companies.”