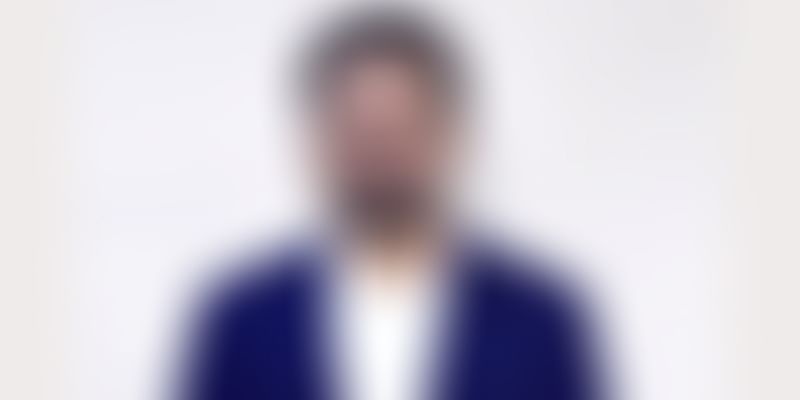 Entrepreneur and angel investor Bhanu Chopra launched RateGain before the word ‘startup’ entered Indian consciousness. Here’s how he grew it into a leading SaaS platform for hotels, airlines, and travel operators around the world.

Bhanu Chopra is a veteran in the Indian startup ecosystem and possibly one of the earliest founders. He’s also been an investor with the India Angel Network.

But little is known about him, possibly because the South Delhi techie, now in his mid-40s, spent a significant part of his lifetime in the US - first as a computer science student, and later, consulting Fortune 500 companies on their tech strategies.

“My consulting job required a lot of travel to the US and Europe. So, I was always looking out for the best travel deals. That is what prompted me to start this company,” Bhanu tells YourStory.

RateGain began as a direct-to-consumer price comparison website in 2004, and has evolved into an end-to-end cloud-based platform for enterprises.

“We were bootstrapped… and in the absence of capital, we couldn’t spend the kind of marketing money that was needed to gain eyeballs. Hence, we pivoted to B2B within three months of our launch."

That turned out to be one of the best decisions, with the company turning a profit within a year of operations. Its first client was Expedia, and, later, other online travel agencies (OTAs) that were looking for price comparison technology signed up.

Additionally, a large undisclosed US tech company became its “channel partner” and white-labelled RateGain’s product under its own brand name. “That got us quick exposure to the travel industry and we reached 30,000 hotels soon,” Bhanu says.

‘Zoho for hospitality and travel’

The Founder-Chairman says that “data, distribution, and decision-making” are the three pillars on which his company stands. “Our USP is that we are an integrated product and a very compelling one at that,” he says.

It claims to be closing in on $100 million in annualised revenue this year, riding on steep growth in the past 24-36 months.

“The last three years have been fantastic. As we expanded into more customer segments, those acted as growth triggers,” Bhanu says. “We grew at 70-80 percent, and this year it’ll be 100 percent growth. We’ve been able to unlock the power of cross-selling and upselling,” he adds.

Hotels account for the lion’s share (65 to 70 percent) of RateGain’s business. Large hotel operators from Accor, Marriott and Hilton to InterContinental, Starmark, Four Seasons, and even India’s OYO Rooms, are its customers. RateGain processes about 40 million hotel bookings annually, amounting to $10 billion in transaction value.

“Growth has been due to the maturity of our product and of our customer segment.  Hotels today do not want to work with multiple vendors. We solve that problem for them,” Bhanu explains.

Other clients of RateGain include airline operators like Indigo, GoAir, Spicejet, Singapore Airlines, OTAs such as Trivago, Booking, Expedia, Cleartrip, and many others. The company currently sells software in nearly 150 countries, and in the Founder’s own words, aims to become the “Zoho for hospitality and travel”.

Even though RateGain is headquartered in Noida, with 400 out of its 750 employees based here, its biggest markets remain the US and Europe. According to Bhanu, these have a huge appetite for travel tech services.

But, India is also catching up.

Indian travellers are estimated to spend $136 billion by 2021, with $42 billion in incremental spending on travel tech services, according to a Google-BCG report. Startups like MakeMyTrip, Yatra, and OYO are said to be driving this growth.

RateGain has taken the acquisitions route to expansion.

The year later, it bought over BCV, a Chicago-based social media management firm focused on the hospitality sector. BCV helps hotels design digital marketing campaigns by analysing the social profiles of users. RateGain believes that these allied capabilities will go a long way in the “elevation” of customer service at hotels, airlines, etc.

“Imagine checking into a hotel and being offered your favourite meal by the restaurant because they already know your likes and dislikes. That is the level of personalisation we are building in our product, and the goal is to acquire more services that can help us get there,” Bhanu explains.

The company raised $50 million from TA Associates, a US-based private equity fund, in 2015. The last few years have been dry on capital infusion, but that could change soon.

RateGain is gearing up for a $100 million funding round, which could potentially value the company as a unicorn, Bhanu says.

“We have a huge incoming interest from PE and VCs, and are looking to close a large deal by the end of the year. We’ll spend that on growth and possibly acquire some companies in India,” he adds.

It also plans to “go deeper” in segments where it already has a presence. In October 2019, RateGain roped in Harmeet Singh as the CEO to drive its expansion initiatives.

“His experience in global M&A will be an asset to the company as we build out a complete suite of digital products to solve the pain-points in travel and hospitality and scale out products in new markets,” Bhanu says of the appointment.

RateGain competes with the likes of Spain’s Amadeus, China’s Shiji Group, the US-based Hotelogix and Travel Tripper (backed by Accel Partners and KKR), and India’s Staah, Axis Rooms, on different verticals. “However, there is no competitor or peer that operates on the same scale as us across the world,” the Founder asserts.

After attaining profitability in the very first year, Bhanu always wanted RateGain to be “a sustainable and growth-oriented company” that required huge amounts of “financial discipline”.

Going by the last 15 years, he might well have been successful in attaining that.