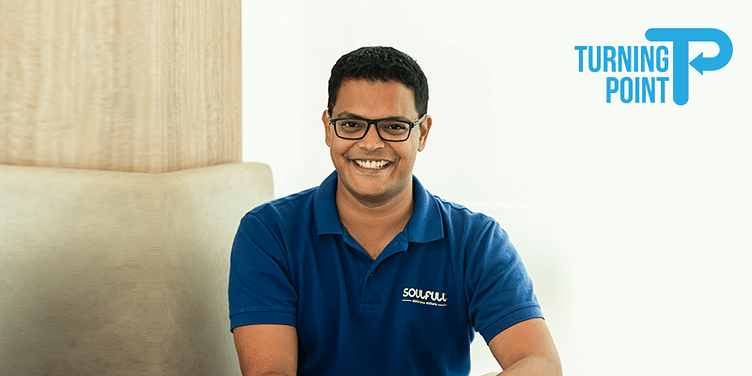 The Turning Point is a series of short articles that focuses on the moment when an entrepreneur hit upon their winning idea. Today, we look at Bengaluru-based healthy breakfast cereal and snacks brand Soulfull.

Prashant Parameswaran, Managing Director of Kottaram Agro Foods, the parent company of breakfast cereal brand ﻿Soulfull﻿, has always come home to some kind of agriculture-related conversation. With his forefathers actively involved in the Green Revolution, agriculture has always been of great importance and interest to Prashant.

The mechanical engineer went on to do his MBA from Babson College, in Wellesley, Massachusetts, and was working on data integrating systems for large retail chains in the US.

“I was in the consumer world and was constantly looking at value addition in agriculture,” Prashant tells YourStory.

Around the early 2000s, the US health and wellness market was starting to pick up. “I studied quinoa in-depth. At the same time, I was trying to understand if there was a way in which millets could really make it back to the shelves,” Prashant says.

Between 2007 and 2009, Prashant did some more research on millets - a functional food that had been around since centuries but demand for which had dried out. He was confident about the fact that people had an innate tendency to go back to their roots and that there was an opportunity for millets to make a comeback.

“Consumers wanted to eat less food that would keep them fuller for longer. And food that had a sustainability angle,” he adds.

Fuelled by the mission to bring back traditional Indian grains into the spotlight, Prashant returned to his roots to build a venture around the idea. South India seemed to be a viable option since millets were largely grown in this region. “Up to 68 percent of India’s ragi is grown in Karnataka,” he says.

Kottaram Agro Foods was incorporated in Bengaluru in June 2011. From 2012-end, Prashant initiated the manufacturing of functional breakfast cereal under the brand name Soulfull.

“Millets are super healthy, and are farmer and environment-friendly. This makes them a smart food,” Prashant says.

Soulfull has been able to successfully establish its presence in the millet-based breakfast cereal and snacks category. In 2018, the startup received Rs 350 million investment from Aavishkaar to help strengthen its product portfolio and further expand its footprint across the country.

The startup’s products are now available in more than 6,000 stores across 12 Indian cities. They can be bought on ecommerce platforms ﻿Flipkart﻿, Amazon, and ﻿Bigbasket﻿. The brand has also partnered with physical retailers BigBazaar, Food Hall, Godrej Nature’s Market, and Nilgiris and More, among others.

In the near future, Soulfull plans to further expand its geographic reach and be available in more than 20,000 stores.