Survival of the fittest: India’s foodtech industry on what 2020 was like and what’s cooking for 2021 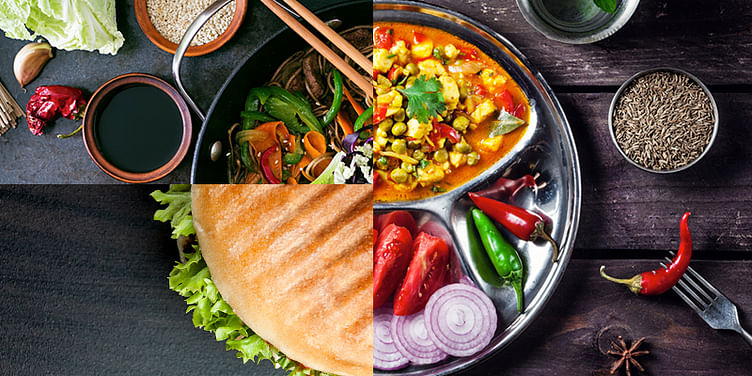 The COVID-19 pandemic and the subsequent lockdown affected restaurants and delivery services alike. YourStory spoke to foodtech players about how the year 2020 played out and what 2021 looks like for the foodtech industry.

When the COVID-19 lockdown started, social media was full of people sharing their ‘food experiments’, clearly implying that they were not ordering food from outside to maintain safety.

Several people took to baking and sharing recipes as restaurants and food delivery services across the country struggled with lockdown restrictions and concerns around hygiene and safety.

The orders for leading foodtech players dropped by 80 percent in April, owing to safety concerns and led by WFH, junta curfews, and operations stoppages, according to a ﻿RedSeer Consulting﻿ report.

In the first half of the year, the foodtech industry was adversely hit with nearly 90 percent of restaurants under National Restaurant Association of India (NRAI)’s ambit downing shutters after India instituted a nationwide lockdown on March 25, 2020, allowing only essential services to operate.

When COVID-19 cases were spiking in March, foodtech unicorn ﻿Zomato﻿’s food delivery business GMV was down by 80 percent compared to its peak in February, the startup said. Other players — aggregators and cloud kitchen owners — saw it all going south.

Rebel Foods, which runs and operates online restaurants with over 300 cloud kitchens such as ﻿Faasos﻿, Behrouz Biryani, Mandarin Oak, Oven Story, and Sweet Truth in India, and a host of brands globally in UAE, South East Asia, and the United Kingdom, also saw a dip of 40 percent.

FreshMenu, which runs 35 kitchens across Bengaluru, Mumbai, and Delhi-NCR, saw a dip of 25 percent while other players reported similar numbers.

RedSeer revealed that as of mid-June, India’s overall $65 billion foodservice market was working only at 10 percent of its size. All these factors resulted in a drop in business amongst the foodtech players.

Recovery and shift in customer demographics

However, the industry eventually seems to be getting its taste buds on track. ﻿Swiggy﻿ said pan-India, food delivery had recovered nearly close to its pre-COVID-19 order value. In many markets, it was at 95 percent; in some, even 100 percent.

Since the lockdown restrictions lifted, a lot of working professionals moved to their hometowns from metros like Delhi, Bengaluru, and Mumbai.

A Swiggy spokesperson said this had led to increased demand in towns like Kolkata, Kochi, Lucknow, Vizag, Guwahati, and Mysore. These cities were even exceeding pre-COVID-19 levels due to the influx of the working population.

Most recently when foodtech unicorn Zomato raised $660 million, CEO Deepinder Goyal said food delivery in India was rapidly coming out of COVID-19 shadows, and that December 2020 was expected to be the highest ever GMV month in Zomato’s history. “We are now clocking 25 percent higher GMV than our previous peaks in February 2020,” he said at the time.

Rebel Foods Co-Founder Raghav Joshi said the company has now revived to its pre-COVID-19 levels and was "going even higher".

The ticket size seems to have increased as well - with younger population returning home and staying with their family, both Zomato and Swiggy had observed an increase in order value per user. Swiggy’s average order value has also seen a 30-40 percent growth over pre-COVID-19 levels due to bulk ordering.

FreshMenu’s CEO and Founder Rashmi Daga said the ticket size of an average order had increased by 30 or more percent since July.

The improvement in the industry is not just echoed by the players, but also investors.

YourStory Research shows funding in the foodtech segment saw a rise of 33.46 percent, with $607 million total funding between January and mid-November across 24 deals compared to $433 million across 28 deals in 2019.

Adjusting to the new normal

The Swiggy spokesperson recalled that the startup launched an action plan and several initiatives when very few restaurants were operating.

“We launched the Jumpstart Package in June, which focused on easing key aspects involved in resuming operations and bringing customers back. About 50,000 restaurant partners started their operations,” he said.

Indians ordered 2 lakh pani puris, and more than one biryani per second on Swiggy in 2020

Industry experts said since a lot of restaurants were not open for dine-in, they opted for cloud-kitchen models and delivery-only services, which helped the sector recover eventually.

Getting back the customers

There are still people, who have not yet ordered since the beginning of the lockdown, and companies in the space are continuously adopting innovative strategies to woo them.

For example, in November, Zomato announced it was focusing on takeaway and self-pickup services at a much larger scale than before, and was also making this service commission-free for its restaurant partners.

The takeaway service has been live for a few months, and Deepinder said it has seen a spike of 200 percent.

Swiggy said this would help the industry recover, and open up avenues for restaurants to access more customers and further grow their business.

Some players focused on ways to reduce cash burn to stay afloat and come back stronger in 2021. FreshMenu shrank its menu to reduce wastage and costs.

According to Rashmi, the company hunkered down and focused on the need of the hour. FreshMenu’s business dropped to 25 percent orders during the first lockdown as multiple hyperlocal areas had shutdowns.

Business slowly started picking in June and has been improving since. It is now back to 70 percent of pre-COVID-19 numbers.

The year 2021 looks promising for the sector, even for companies who haven’t recovered yet. One such player is The Biryani House, a Mumbai-based food company known for its large variety of Dum Biryanis.

Chairman Sarvesh Chaubey said the market seemed sceptical after the lockdown. However, the company is bouncing back — with a few compromises. Sarvesh said the company had to close a few kitchens in Mumbai and let go of some resources, but has ambitious plans for the new year and aims to expand across India.

Foodtech players and industry experts are bullish about 2021. The Biryani House has a strong expansion plan and is looking to expand beyond and have a master cloud kitchen.

“Each kitchen will, in turn, be connected with 80-100 franchised POS outlets,” Sarvesh said.

Rebel Foods is introducing an array of products like Eat.Sure UV delivery bags for a safer delivery experience, and eat.Sure Pick Up Kiosks and Trucks that allow customers to collect food safely while consuming outside food.

Overall, foodtech companies believe that the first lockdown forced businesses to go back to the drawing board and figure out what had to be done in such an unprecedented situation.

Later as the unlock began in June, businesses started seeing recovery, with innovative strategies and compromises.

And now, at the end of 2020, foodtech companies are hopeful and looking forward to 2021. Will they be able to increase their share of the pie?