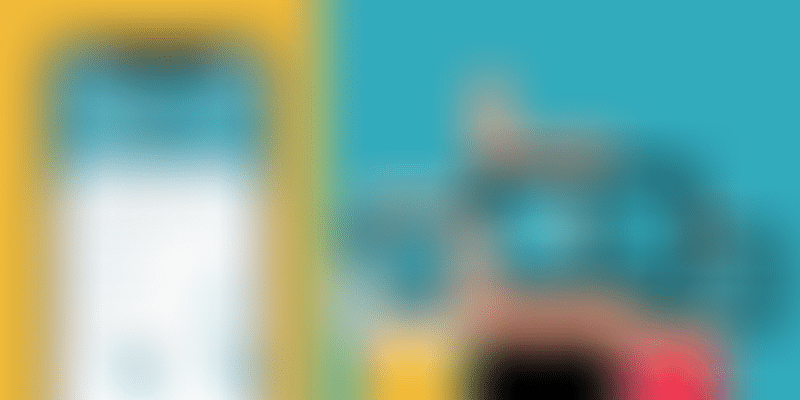 Hyderabad startup Doosra is bringing cloud telephony to the B2C space by giving users a virtual secondary number they can use anywhere — online or offline. It has tied up with Swiggy, Zomato, Ola, UrbanCompany, and others.

If you own an Indian SIM, chances are you would have received tonnes of spam calls since you began using a cellphone. That is because India is one of the top ten spam-hit countries in the world, as per Truecaller Insights.

Two years ago, India was the second-most spam-hit country after Brazil.

Simply put, the menace of mobile spam has affected Indians for years. And in the aftermath of increased digitisation, the problem has only compounded, with India averaging nearly 26 spam calls per month per user.

"With the rise of mobile payment systems and a growing middle class in the country, banks, fintech organisations, and telemarketing services are emerging as big spammers,” Truecaller said in an earlier insights report.

Now, is there a long-term solution to the spam problem?

Hyderabad-based startup ﻿Doosra﻿ has come up with one.

Until now, cloud telephony had mostly been restricted to the enterprise space, with startups like Exotel, CallerDesk, CallHippo, Knowlarity, and others catering to businesses. Doosra is among the first startups in India to bring the tech to the B2C space.

Founder-CEO Aditya tells YourStory, “Doosra was born out of personal experience. Some years ago, I was at a sports shop in the Bay Area and the store manager refused to bill me unless I gave him my mobile number. It was the store’s policy to ask for mobile numbers while processing a transaction. Today, most businesses will take your mobile number to personalise their service. It has become a very important CRM tool. But, as a marketing guy, I was aware of how data could be misused and traded.”

So, he wanted to develop a fix. The bootstrapped startup began ideation almost two years ago, and worked with India’s leading telecom operators to create a customised “telecom stack” on the consumer side.

Doosra finally launched operations in May 2020, and released its mobile app in September. The Doosra app has crossed 10,000 downloads on Google Play Store, and has gained an impressive user rating of 4.9 out of 5.

How Doosra works and what it solves

Doosra offers a 10-digit virtual SIM to users that they can share on any product or service platform or at offline stores for transactional purposes instead of divulging their personal mobile numbers. The free virtual number can also be shared with acquaintances.

The ‘doosra’ number (secondary number) not only safeguards the digital identity of users, but also auto-blocks spam calls and messages and reduces fraud. Doosra does this by using Smart Call filters, which give users the power to choose the calls that can reach their phones.

On the Doosra app, users can create customised lists of ‘Trusted Contacts’ and ‘Trusted Services’. Calls from these numbers are able to bypass the smart filters and get forwarded to the user’s primary number.

All non-trusted numbers are classified as spam and automatically sent to voicemail by the app. Users, however, have the option of calling back any unknown number.

“Doosra gives you all the benefits of a publicly shareable number without the downsides of telecalling. You can use it everywhere except UPI,” says the founder.

Even though the virtual 10-digit number is system-assigned, Doosra lets users customise their numbers.

This is because some people prefer to choose a combination similar to their primary number or one that resembles a significant date — birthdays, anniversaries, etc. “They find it easier to remember the number that way,” Aditya shares.

The startup claims that its call volumes are growing 30 percent week-on-week. This is in line with Truecaller estimates that suggest spam calls peaked in the month of October after a drop during the lockdown.

Doosra stands to gain in such a situation, but it has to first acquire users.

It has tied up with Ola, Swiggy, Zomato, UrbanCompany, 99acres, OLX, and others to expedite adoption. Users can share their Doosra number with driver partners or delivery executives while availing these services. The transaction OTP will be sent to the Doosra app.

Aditya shares, “The latent demand is significant but educating people and aligning them on privacy is the key. Even though privacy is a niche subject, people are more aware now. They don’t want identity profiling.”

Doosra is a subscription-driven app where users can buy monthly minutes. It has two plans: half-yearly (Rs 499) and annual (Rs 699). Each plan offers 100 minutes of callback and unlimited voicemail.

In a few weeks, the startup will also roll out Doosra Pro, the premium version of its product that is likely to be priced “20 percent higher”.

The founder says, “Subscription is the right way to grow this business. Mobile numbers are very sticky in nature. You tend to use the same number for years. So, we will keep adding new customer tools, build loyalty around the product, and get some scale before raising external funding.”

Given India has a billion-plus mobile connection, Doosra is just raring to go.