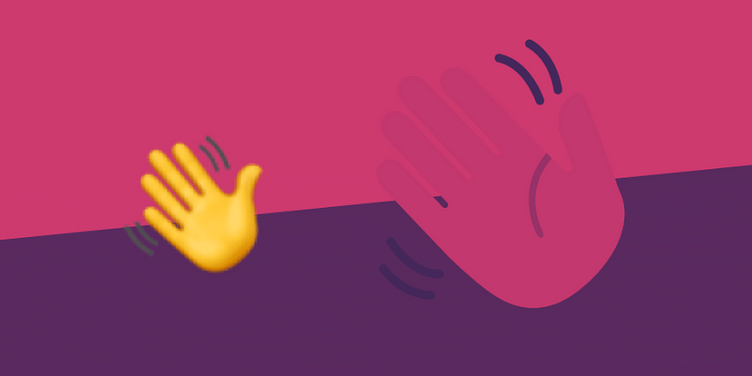 Clubhouse might still be in beta, but it is already being touted as the next big thing in social media. After wooing Silicon Valley, the iOS-only app exploded in India last week.

Today, Clubhouse has over 6,00,000 users, and is possibly valued at way above $100 million — a market cap it had earned following a Series A investment of $12 million from Andreessen Horowitz in May.

Users have spent hundreds of hours and millions of minutes on Clubhouse since April 2020. And all this, while it continues to be in private beta.

Now what is Clubhouse and why can’t the tech world have enough of it?

Beyond Hotstar, Netflix, and Prime Video: 8 regional OTT platforms to watch out for in 2021

Clubhouse calls itself “a new type of network based on voice”.

“We think voice is a very special medium. With no camera on, you don’t have to worry about eye contact, what you’re wearing, or where you are,” says its website.

Essentially, the app is a combination of a podcast network, a virtual event space, and a live chat room, but with the energy, immediacy, and interactivity of an offline meeting. Sounds chaotic?

Well, it is…sort of. But it is thriving in this chaos — and early users are lapping it up.

“When you open the app, you can see ‘rooms’ full of people talking — all open so you can hop in and out, exploring different conversations. You enter each room as an audience member, but if you want to talk, you just raise your hand, and the speakers can choose to invite you up,” Clubhouse explains on its site.

Even if the rooms are “open”, the app itself is not. It is invite-only and restricted to iOS users for now. You can install it and join the waitlist here.

Founders Paul Davison (serial entrepreneur who sold his last startup to Pinterest) and Rohan Seth (Stanford alumnus and former Googler), however, assert that Clubhouse was never meant to be “exclusive”.

“We are building for everyone and working to make it available to the world as quickly as possible. It’s not intended to be exclusive; we just aren’t ready to ship the general release version yet…we haven’t yet finished building the features that will allow us to handle more people,” they claim.

Is it a ‘playground for the elite’?

The exclusivity of Clubhouse and the mass FOMO it has triggered in netizens the world over make the app all the more appealing and aspirational.

Vanity Fair, in a recent essay, dubbed it the “playground for the elite”. The elite are seeking Clubhouse memberships — the new badge of honour and social cred — inviting their ilk and gloating about their access on other networks.

Entrepreneurs, and investors, scrambled for invites, bragged when they got one, raved about the “incredible” platform, live-tweeted or posted elaborate threads for the lesser mortals who missed out.

More importantly, it has spawned a gamut of ‘spontaneous’ social apps — Houseparty, Bunch, HearMeOut, Loom, CatchUp (by Facebook) — that have cut through the ﻿Zoom﻿Video fatigue and allowed users to just be themselves. (Watch out for Decibell, a homegrown Clubhouse equivalent in the works)

“Almost all social media requires us to look at a screen. This is the first one where I’m not looking at a screen. I’m involved in social media but I’m sitting by the pool with my kids and as long as I’m muted and not speaking, it’s great,” a Silicon Valley entrepreneur was quoted as saying.

So, you can drop into a Clubhouse room while eating or cooking or doing laundry or commuting or going for a run or relaxing on the couch. It can be your background music for pretty much every activity. That alone makes Clubhouse the antithesis of scheduled Zoom meetings and Slack forums.

How to use the Clubhouse app

It all starts with an invite from an existing Clubhouse member. You get a joining link via SMS, and sign up using it. The user who nominates you gets a lifelong credit on your profile page (that also displays your joining date).

Earlier, each user would get five invites on joining, now it’s come down to one or two. You can share invites with friends and peers who have iOS. As you engage with the app and contribute to the community, more invites are added to the account.

The homepage is messy and you may need some minutes to gauge what’s up.

There’s a ‘Start a room’ button prominently displayed at the bottom of the screen; the page is an infinite scroll listing currently live chat rooms. You can enter any room as an audience or 'leave quietly' too.

The rooms are categorised according to subjects and areas of interest. You can choose your interests to personalise the Clubhouse experience.

Users also have the option of creating new events by adding the name of topic, co-host or guest, date, time, host club, and a 200-character description. These are scheduled events or activities, and invites can be shared with all users.

You can pull in users to live chat rooms; others can do the same. You also have the option to report or block users who don’t adhere to the community guidelines.

Clubhouse has introduced private rooms too. It works like Facebook Messenger, where the app shows you users from your network that are available to chat. These one-on-one rooms are locked.

And finally, users have the option to customise notifications and alerts. You can change frequency, include trending rooms, or even pause notifications.

Verdict: Impressive, but not perfect

There’s no denying that Clubhouse is worth making a noise about. It’s fresh, engaging, informative, and unlike most social media platforms we know.

In fact, some experts say that audio-only chat could become the next ‘stories’ feature that will be replicated across social media apps.

So, it wouldn’t be an exaggeration to say that Clubhouse is the harbinger of a new wave in social media. Silicon Valley seems to think so, and VCs and angel investors are falling over each other to fund the latest tech sensation.

But the perils of using a niche, uncontrolled beta app are manifold.

Clubhouse has been adequately slammed in the last few months for failing to moderate hate speech, especially against Black people (in the wake of BLM), women in tech, the LGBTQIA+ community, and Jews and other ethnic minorities. It still lacks the tools to effectively control hateful conversations.

In an October blog post, Clubhouse clarified that it “will not tolerate” abuse or hate speech, and will “empower conversation hosts with better moderation tools”.

It added that people who violate community guidelines will be “warned, suspended, or removed completely from the platform, depending on the severity of the offence”. However, the efficacy of the new safety features is left to be seen.

The app could also do with a chat window during panel discussions and live Q&As. This will make the moderator’s job easier, and reduce the chaos in rooms.

Despite all its shortcomings, Clubhouse is a disruptor in the global social media landscape. Silicon Valley (and perhaps the entire tech universe) knows it. Or else, what explains a $100 million valuation for a one-month-old app?