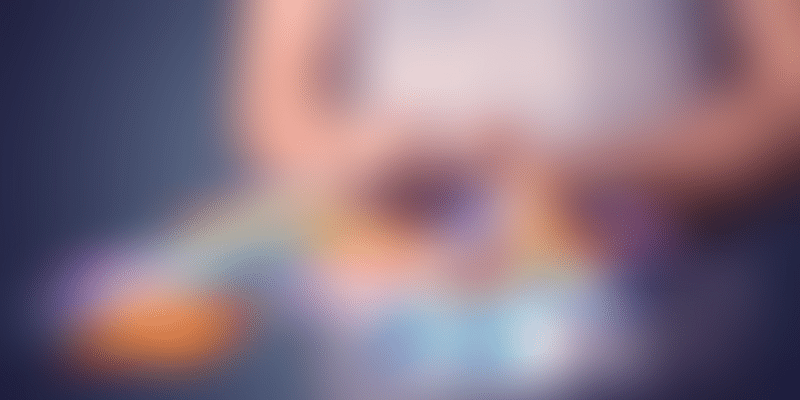 India became the world’s biggest app download market in 2019, accounting for over 20 billion downloads or more than 10 percent of global app installs.

While the numbers for 2020 are not  yet out, it is estimated that India will continue to lead other countries in terms of app downloads, riding on its enormous smartphone population and increasing internet penetration.

The ban also hit TikTok, India’s most-downloaded app in 2019 and a socio-cultural phenomenon. The impact of the ban was such that local developers spent the first half of 2020 launching alternatives to Chinese apps.

Echoes of ‘Made in India’, ‘Vocal for Local’, and ‘Aatmanirbhar Bharat’ grew louder by the day. TikTok’s absence spawned an industry of short video apps.

Beyond that, apps that catered to the needs of a pandemic-inflicted world also gained ground. From online learning and casual gaming to podcasting and stock trading to mental health assistants and job search — YourStory’s weekly App Friday column held a mirror to all the key trends of 2020.

Here are the top 10 apps we featured this year (in order of publishing).

With the coronavirus lockdown forcing schools to shut in March-end, downloads of Google Classroom (dark horse in the Google stable until now) surged, and it climbed to the top of the ‘education’ category on all app stores.

It became India’s #1 learning platform by mid-April, going past homegrown apps like ﻿BYJU'S﻿, ﻿Vedantu﻿, Toppr, among others. Google Classroom replicates an offline classroom-like environment online, and enables schools and entire curriculums to go digital. Soon after the lockdown, even Delhi University moved all its courses to Google Classroom, popularising it further.

Ludo King’s sensational rise post the lockdown will go down as one of the defining events of the Indian internet in 2020. The homegrown casual board game ruled the app charts and became the country’s most-downloaded gaming app (500 million cumulative installs until December) of all time.

The game, which adds a modern touch to the royal game of Pachisi, raked in revenues of $300,000 in March alone riding on the lockdown as people were compelled to look for at-home recreational options. Ludo King’s rise also signalled the return of casual games, which became one of the top online gaming segments in 2020.

The TikTok ban — another defining event in India’s app universe this year — spawned an entire industry of alternative short video apps. Mitron, which was hailed as ‘India’s answer to TikTok’, grew rapidly to clock five million downloads within a month of launch. By the end of May, it broke into the top 10 free apps on Google Play Store.

In subsequent months, Mitron went on to raise two rounds of funding from ﻿3one4 Capital﻿, ﻿LetsVenture﻿, and ﻿Nexus Venture Partners﻿. The app lets users upload or record short videos, add audio effects, or simply browse through entertainment content without creating an account.

India’s ban on Chinese apps and Prime Minister Narendra Modi’s clarion call for self-reliance (Aatmanirbhar Bharat Innovation) triggered the growth of ‘Made in India’ apps across categories. Homegrown MagTapp emerged as a compelling alternative to the banned UC Browser app.

MagTapp (derived from ‘magical tap’) is a web browser with an inbuilt image dictionary, universal document reader, and content translator across 12 Indian languages. The app, which claims to be the world’s first visual browser, notched up five million downloads shortly after launch. MagTapp aims to become an “empowerment tool” for hundreds of millions of non-English speakers in India.

Kaagaz Scanner was another gainer of the Chinese app ban. Put together almost overnight by a bunch of IITians, it became an aatmanirbhar alternative to the widely used CamScanner app.

Kaagaz Scanner works like a smart personal assistant and helps in organising notes, reminders, classifying personal documents, making business cards, etc. besides serving its key purpose — scanning documents and PDFs using the phone camera. By September, it went past a million downloads, and later, went on to raise funding from Pravega Ventures, Axilor Ventures, Better Capital, and others.

Graphy invites creators (known as ‘graphers’), including business leaders, entrepreneurs, artists, authors, comedians, and sports coaches to curate their best stories, ideas, and experiences on the platform. Its Instagram Stories-like vertical format allows users to play chapters in an episodic manner. Graphy has crossed 100,000 downloads, and is poised to disrupt the creative learning segment.

Soon after WHO declared that it was imperative to “look after our mental health” in a socially distanced world, scores of users took to mental health apps to cope with pandemic-induced stress, depression, anxiety, insomnia, and grief. Wysa, which makes available an AI-enabled ‘chatbot therapist’, gained in downloads and engagement.

It offers a personalised mental health toolkit that is available in 30 countries and is said to have benefited over 1.2 million people. The app designed by therapists, life coaches, and AI experts aims to be your emotional health buddy and well-being tracker in extraordinarily stressful times.

One of the top trends of 2020 is the rise of online stockbroking. As the rupee continues to depreciate and economic uncertainty grips us, Indians are increasingly seeing value in stocks. Hence, a bunch of trading apps are witnessing record usage.

Kite by ﻿Zerodha﻿leads the pack, and has ranked consistently among India’s top five finance apps. It is built for the modern, millennial trader, and brings speed, simplicity, and zero latency trading to first-time users. Kite users can buy, sell, analyse, manage their portfolio, and even invest in IPOs with just a few clicks.

Groww is another beneficiary of India’s stockbroking surge. Founded by former ﻿Flipkart﻿executives, it helps people grow their wealth by investing in stocks, mutual funds, and gold at a nominal brokerage fee. Groww also comes with a mutual fund SIP calculator that helps users estimate the returns on investment over a period.

It has a one-time e-KYC or paperless account opening procedure, which requires users to key in personal details like PAN, Aadhaar id, and photo. Groww is also among India’s top downloaded trading apps across Android and iOS devices.

Apna, a jobs search app for blue-collar workers, shot into the limelight after being recognised as Google Play Store’s ‘Best App for Personal Growth’ in 2020. Launched just a year ago, the homegrown app wants to be the LinkedIn for India’s bottom-of-the-pyramid workers.