Budget 2021 positions India towards its target of $5T economy: USISPF 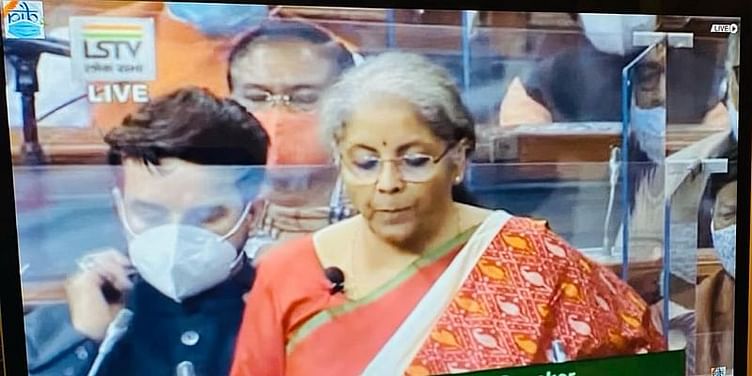 Budget 2021 has considered the needs of all sectors of the economy, reflecting a robust growth plan for India to become a $5 trillion economy, USISPF said.

Applauding the annual budgetary presentation by Finance Minister Nirmala Sitharaman, the US-India Strategic and Partnership Forum (USISPF) described it as bold and visionary, which would launch India's economy into a growth trajectory.

"We applaud India's budget. It is bold and visionary, launching the economy into a growth trajectory. The budget positions India towards its target of a $5 trillion economy," USISPF President Mukesh Aghi said.

The Union Budget 2021-22 has taken into consideration the needs of all sectors of the economy, reflecting a robust growth plan for India to become a $5 trillion economy, he added.

Budget 2021: FDI in insurance increased to 74pc from 49pc; LIC IPO to commence

Increased government spending in critical areas of the economy such as agriculture, infrastructure, healthcare, education, and the defence was much needed, Aghi said.

"We believe that these measures along with an ambitious plan for the divestment of public sector undertakings, further opening of sectors like insurance and establishing an institutional framework for the corporate bond market, will provide much-needed capital to the economy," he said.

"The Indian government's commitment to growth is also reflected in the milestones and timelines that it has set forth," Aghi said, adding that the USISPF is confident that the global investment community will embrace the expansion of India's economy over the next 12-24 months.

The new Development Finance Institution will facilitate foreign investment in infrastructure, while the consolidation of the Securities Market Code will make the investment climate more welcoming to foreign capital, he said.

On Monday, Union Finance Minister Nirmala Sitharaman presented what was perhaps one of the most-awaited Budgets in Indian history.

This is India's first paperless Budget, and the third Budget presented by Sitharaman. The Finance Minister announced that Budget 2021 was prepared in "unprecedented times".