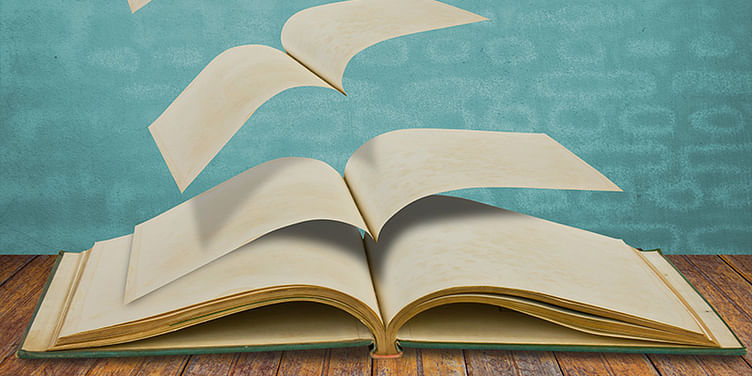 The Pune Design Festival offers a wide variety of sessions in design, storytelling and creativity. Here are some key takeaways from the workshop.

The 15th edition of the annual Pune Design Festival has kicked off this week – and is being held online due to the coronavirus pandemic. The seven-day event features 30 speakers as well as 10 workshops. See ﻿YourStory Media﻿earlier write-ups on the 2019 edition here, and our d.Zen (‘Design Zen’) section for more resources on design.

Storytelling holds the key to designing impactful audience experiences, as explained in a workshop by award-winning writer-director, Nipun Dharmadhikari. His work spans plays and movies in Marathi and Hindi; he is also listed as Forbes’ 30 under 30 India (2015) and Forbes’ 30 under 30 Asia (2016).

In addition to entertainment and literature, storytelling has been extensively practiced in the worlds of business communication and social entrepreneurship. See YourStory’s Changemaker Story Canvas, and reviews of related books - Once Upon an Innovation, Story 10X, Let the Story Do the Work, and Data Story.

The ‘Indian approach’ to movie plots is ‘before interval’ and ‘after interval,’ he joked. Key elements are not revealed when the audience is still having popcorn.

One-line descriptions of movie stories play an important role in pitch stages as well as in media promotions. The one-liner is different from taglines or outstanding quotes from the movie, and should reveal just enough information about the movie to make it interesting but not too much to give away the plot.

Nipun regaled the audience by asking them to submit one-liners for popular Hollywood and Bollywood movies. He shared the ‘official’ one-liners for some movies:

Jurassic Park: A paleontologist visiting an almost completed theme park is tasked with protecting a couple of kids after a power failure causes the park’s cloned dinosaurs to run loose.

Titanic: A 17-year-old aristocrat falls in love with a kind but poor artist aboard the luxurious, ill-fated RMS Titanic.

DDLJ: When Raj meets Simran in Europe, it isn’t love at first sight, but when Simran moves to India for an arranged marriage, love makes its presence felt.

In addition to the story structures mentioned above, Nipun highlighted original variations on these themes.

For example, Rajkumar Hirani and Abhijat Joshi believe in stringing together scenes where each one evokes laughter, sorrow or shock. Christopher Nolan combines forward and flashback narratives, and sometimes treats dialogue just as another element of sound.

Other movie makers and script writers prefer to finish off their stories with an ambiguous ending, breaking away from traditions and expectations of a clean conclusion to a story. This makes the audience think more, Nipun explained.

The era of social media and OTT removes middlemen, and the writer can directly engage with audiences. The pandemic lockdown helped Nipun better understand these phenomena of media formats in social media.

I wanted to capture loss, isolation: Bengaluru's Ramita Rathod on her award-winning photo documentary about plight of migrant workers

Nipun also shared some of his personal techniques while writing stories. For example, he is a prolific note-taker, and jots downs observations on his smartphone – they can reveal new insights later.

He also visits photography exhibitions or follows Instagram accounts of photographers, since a good photograph can also be an effective frame for a story. Music and visuals are triggers for subconscious processing during story writing as well.

Although not being able to walk outside, observe their surroundings, or interact with people can rob writers of inspiration, they should find some other outlets, he advised, in response to an audience query. It helps to explore new genres and fully complete reading a book or movie, thus “surrendering to the director,” Nipun evocatively explained.

Writing is hard work and involves multiple drafts. He cited Ernest Hemingway in this regard: “The only kind of writing is rewriting.”

While there is much speculation and even lament about whether artificial intelligence (AI) will take over creative roles like writing, Nipun said such views about task and skill automation have been around for decades already. (See my interview with AI expert Toby Walsh in this regard).

“The creative field may be one of the last to be taken over by AI,” Nipun signed off.