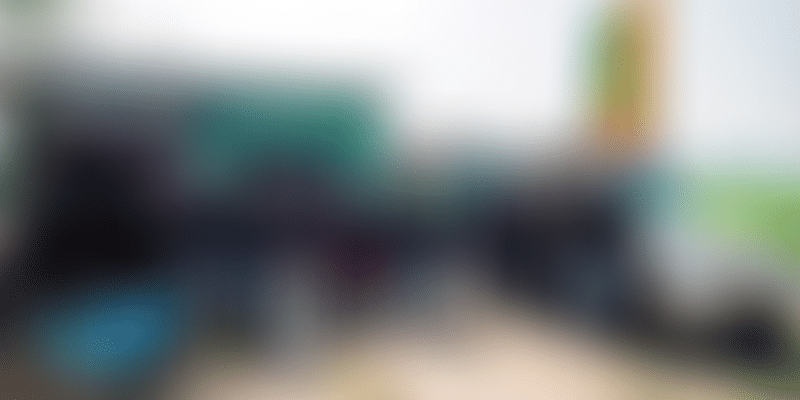 The Turning Point is a series of short articles that focuses on the moment when an entrepreneur hit upon their winning idea. Today, we take a look at agritech startup DeHaat, which now serves more than 360,000 farmers across Bihar, UP, Jharkhand, and Odisha.

Shashank Kumar had no direct experience as a farmer, but wasn’t blind to the many problems farmers faced.

“I hail from a farming community in Bihar and would often have interactions with farmers on my visits home. I realised there was a deep sense of unhappiness and low-income generation,” he says.

The IIT-Delhi alumnus, then working at Beacon Advisory Services, would also interact with clients on the supply chain, retail chain, and FMCG. During this stint, he became interested in the hurdles institutional buyers faced in procuring agricultural produce directly from farmers. “There was clearly a big gap on both sides. It was then that we decided to found DeHaat.”

Shashank founded the agritech company in 2012 along with IIT-Kharagpur alumnus Manish Kumar, who is no longer a part of DeHaat. The core founding team includes Amrendra Singh, Shyam Sundar, and Adarsh Srivastav.

Founded out of Patna, DeHaat today also has a base at Gurugram. The online platform connects small farmers with a network of micro-entrepreneurs – suppliers of various farm input and equipment – who procure various inputs such as seeds, fertilisers, equipment, and offer crop advisory and market linkages.

Currently, DeHaat focuses on three major services: agricultural input, crop advisory, and market linkages for farm produce. Farmers can place orders through the DeHaat helpline, the mobile app, or a physical centre. Orders are then sent forward to DeHaat’s micro-entrepreneurs, and fulfilled the same day. Each DeHaat micro-entrepreneur caters to 600-800 farmers in a radius of 3-5 km.

The startup also takes queries from farmers and sends them to experts who address them in real time. It houses an exhaustive crop pest database, which has been developed in house for current crops. Having worked as a consultant earlier, Shashank used his experience to create a sustainable business model for DeHaat.

DeHaat today has over a 3.5x annual growth in two years. “We also have created a rural retail network of over 1,300 DeHaat micro-entrepreneurs for last-mile delivery, serving more than 360,000 farmers across Bihar, UP, Jharkhand, and Odisha,” Shashank says.

“DeHaat is looking for network expansion to different geographies, strengthening technology in deep tech and data science, expanding its value-added service for farmers on the platform, and strategic investment and acquisitions,” Shashank said.