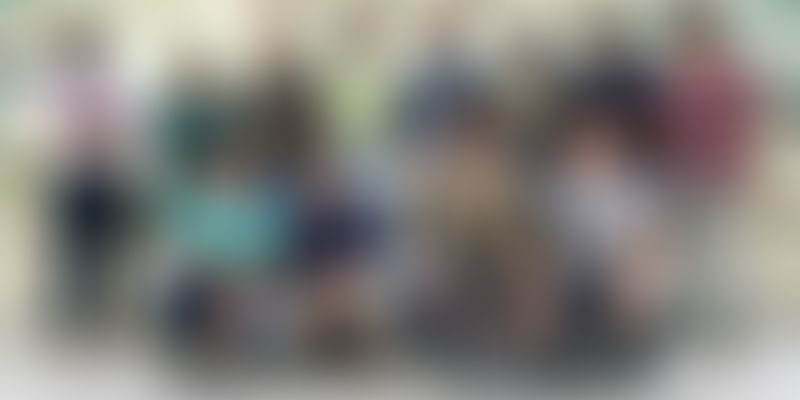 Chennai-based ePlane will deploy the funds to accelerate product development and build its engineering team.

The round was led by Naval Ravikant, Co-founder, Chairman, and former CEO of AngelList, and deep-tech VC firm Speciale Invest. It also saw participation from Java Capital, FirstCheque.vc, and IIM Ahmedabad’s CIIE.CO.

The funding will enable TEC to build a world-class engineering team to develop intellectual properties and show early product demonstrations by 2021, the startup said in a statement. It is also looking to globally launch its human-rated 200 kg taxi for deployment by 2024.

“The funds will help us accelerate our product development and will be deployed towards increasing engineering bandwidth, local certification capability, and number of prototypes,” Pranjal Mehta, Co-founder and CEO of TEC, told YourStory.

Founded in 2016 by Pranjal and Satyanarayanan Chakravarthy, the startup is aimed at providing aerial delivery services. The startup ideated out from the National Centre for Combustion Research and Development Lab.

The startup said it is developing electric vertical take-off and landing (eVTOL) planes, which can be used for 10 times faster door-to-door commute within cities at a similar price to road taxis.

This funding round comes after the startup raised the first tranche of undisclosed seed funding from Speciale Invest in December 2020.

“We aspire to offer a better product-market fit for a nearly door-to-door commute experience with the specific smart eVTOL configuration that we are working on," Satyanarayanan, also TEC's CTO, said in the statement. "It is a unique wing-rotor combination taking advantage of an integrated aero-propulsion architecture.”

In an earlier interaction with YourStory, Satyanarayanan had explained that electric cars are more expensive than traditional combustive vehicles mainly because of the battery cost.

“Users expect similar mileage from both the vehicles and, thus, electric cars need to pack up batteries to match the mileage of an ICE (internal combustion engine) car, thereby increasing the cost of the vehicles," he said. "However, that will not be the case for aeroplanes as it is not possible to pack up batteries on planes because it will not be able to take flight. This brings down the cost of electric aeroplanes to that of a conventional aircraft.”

According to Vishesh Rajaram, Managing Partner at Speciale Invest, the aviation industry will also see miniaturisation, similar to what happened with computers, phones, and satellites.

“We see and share the vision with the ePlane team for regional aerial transportation that stems from their deep technology in building an electric plane ground up that has the strengths of both IC engine planes and electric drones,” he said.