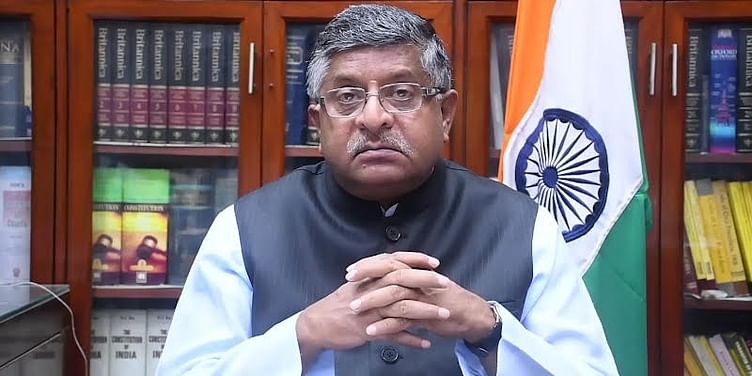 YourStory presents this daily roundup of the latest startup news and updates from the Indian startup ecosystem and beyond. Here's the roundup for Friday, March 26, 2021.

Issues are not around the use of social media but over abuse and misuse: Ravi Shankar Prasad

Companies will now be required to disclose their dealings in cryptocurrencies, with the government putting in place stricter disclosure requirements to enhance transparency. The Ministry of Corporate Affairs (MCA) has amended various rules under the companies law pertaining to audit, auditors, and accounts.

The Supreme Court of India on Friday ruled in favour of the ﻿Tata Sons Private Limited﻿’ decision to remove Cyrus Mistry as executive chairman in 2016. A three-judge bench led by Chief Justice SA Bobde, including Justices AS Bopanna and V Ramasubramanian, ruled out oppression and mismanagement at Tata Sons, as alleged by Cyrus Mistry. Taking to Twitter, Ratan Tata, Chairman Emeritus and the former Chairman, Tata Sons, said, “I appreciate and am grateful for the judgement passed by the honourable Supreme Court today.”

As part of furthering the ease of doing business in the country, the government is set to introduce a single-window clearance mechanism for investors by mid-April to attract greater foreign investment, a senior official said on Thursday. The single-window portal will integrate the existing clearance systems of various central and state departments.

Gurgaon-based offline-to-online commerce platform DotPe, on Friday, announced it has raised $27.5 million in Series A funding, making it the first O2O company in India to receive such a substantial amount within a year of launch. The round was led by its early investor, PayU, the payments and fintech business of Prosus, resulting in an increase in the existing stake in the company.

Accel and Sequoia-backed fintech player ﻿Drip capital﻿ has secured a $40 million (about Rs 290 crore) warehouse credit line from the California-based East-West Bank to expand its trade finance solutions to small businesses. Founded by Indians, the California-based Drip Capital deals with cross-border trade finance. India is its largest market, followed by the US where it mostly deals with buyer finance, and Mexico.

IT industry body ﻿NASSCOM﻿said a policy and financial support is necessary for India to realise the full potential of artificial intelligence (AI) in the agriculture sector, which still faces many challenges. AI has the potential to play a key role in relieving the sector from most of its stressful input conditions, catalysing a shift towards data-driven farming, it said.

A mix of the uncertainty of 2020 and accelerated digital adoption saw Indians leverage their time spent online for "determined pursuit of progress," says a report by ﻿Google﻿, which also noted the geographical expansion of new digital users in smaller locations and rural India.