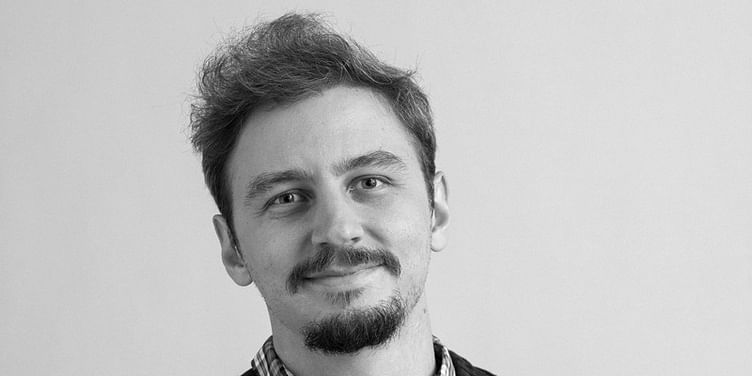 Swiss startup Streamr has forged partnerships with Indian and global telecoms to make blockchain-based compensation a reality. Here’s how it does it.

Data is the new oil, and every company wants a piece of it.

World over, there is a new movement that wants customers to have control over how companies use their data. This activism has led governments, especially in the European Union, to frame the General Data Protection Regulation (GDPR) in 2018 to protect consumers from companies using their data.

However, what happens when the customer decides to let the company monetise their data? Do they get compensated in return?

Swiss startup Steamr — founded by Henri Pihkala in 2017 — helps customers in this regard. A decentralised open-source platform, the startup uses blockchain technology to enable consumers to track how their data is used and compensates them with its Ethereum-based cryptocurrency — ﻿Streamr﻿DATAcoin or DATA. These data content are traded through a peer-to-peer network without involving third parties.

“At the heart of traditional data pipelines is a central server or cloud service where all data flows through, connecting all the stakeholders. This creates vulnerable silos that additionally suffer from vendor and data lock-in. In ﻿Streamr﻿, this central server is removed and replaced with a peer-to-peer network. To applications, it feels like any traditional message queue or pub/sub message broker, but the observed data transport service is delivered by a swarm of independently operating nodes working together,” explains Henri.

Streamr’s decentralised marketplace for real-time data helps everyone across the globe benefit from the information, enabling companies to better build and market their products in the world of AI and IoT.

“Our vision is to create an open-source ecosystem around data and value, where applications and devices, such as IoT sensors or connected cars, can share and trade their data; where data crowd-sourcing and crowd selling becomes the norm; open data in smart cities can thrive, and the default choice for application builders is no longer to get married to cloud platforms and hand over the data,” the founder tells YourStory.

“This way, people will regain control of the data they produce, and society, too, will be better off when the data is not concentrated in the hands of a few giant companies,” says Henri.

For instance, an individual driving a connected EV car wants to know where they can find a charging station, a retail shop, or their favourite book store. For this, the car’s telematics unit talks to partner apps (charging stations, retailers, malls, etc.) in different cloud servers (Amazon Web Services and Microsoft Azure) and telecom networks by pulling it out of these network nodes.

The Streamr network makes these parties (retailers, car driver, or charging networks) share data and allows them to use it with the user’s consent. Post the data sharing, transactions are settled by these parties through Streamr’s cryptocurrency payment after verifying them on the startup’s network.

The Streamr network is agnostic to any node in a centralised network, where data can be shared with advertisers, smart cities, and others, thereby getting compensated for it.

Henri Pihkala graduated from the Helsinki University of Technology with a Masters degree in computer science in 2010. He has been a serial entrepreneur with Unifina and Data in Chains — startups that use algorithms to make sense of data.

“I have always been fascinated by data, and I have founded three companies in the data space. Before becoming a founder, I worked in an algorithmic trading company. However, I wanted to be accountable for my successes and create new ideas, instead of just executing others’ ideas,” Henri shares.

He saw the only way to power a healthy global data economy was via a neutral and open infrastructure. Eventually, he decided to pivot towards building a decentralised open-source platform and started Streamr in 2017.

“We’re creating an alternative model for data transport, sharing, and monetisation, where data is inter connectable, secure, and controlled by those who produce it. With the technologies we are creating, data-flow becomes easily shareable and monetisable, giving rise to new business models. This accelerates the birth of efficient and scalable global data economies,” Henri explains.

Streamr brings in consumer safety and transparency within companies, especially when data is widely used in the advertisement and marketing industry, raising the issue of privacy breaches and global scandals.

The startup wants to change all this through the development of ‘data unions,’ where it wants to unlock new data sets, enable data providers to earn with their data, and promote its fair use. A shift towards fully decentralised systems will empower internet users globally by giving them control over their data, Henri says.

A data union is a term used where consumers have their data protected as a collective. If anyone wants to use this data, they need to ask for permission of the individual and the collective to use it.

Decentralisation, blockchains, cryptocurrencies, data marketplaces, and data economies are relatively unfamiliar concepts within industries. As per a Gartner, Inc. report, data marketplaces will peak in the hype cycle in three-five years.

According to another report, the business value added by blockchain technology will grow slightly over $176 billion by 2025, and may surge to $3.1 trillion by 2030.

In 2017, Streamr made an initial coin offering — an IPO in a crypto exchange — and raised $30 million. "The funds gave us enough runway to deliver our ambitious roadmap as an open-source technology for around five years," says Henri.

In fact, Streamr doesn’t operate as a traditional company. Instead of revenue, it strives towards creating value and transparency. Its rewards come from the potential growth of the ecosystem — as and when the network of stakeholders use data on the platform, captured by the 'data token,' and use cases built on the platform. At present, it helps enterprise clients implement solutions based on the Streamr stack and blockchain technologies.

It charges these companies for implementing its blockchain stack, where the cost of the project varies as per the complexity of the stack implemented in a network. For instance, Streamr’s blockchain network ensures transparent interactions within two cars if they are carrying SIM cards of different telecom companies.

In India, Streamr runs a data challenge in partnership with GSMA, which involves engaging in a pilot project with three global telecoms, looking into rewarding users for providing valuable data.

"On the development side, we’re working on delivering the next milestone of the Streamr network, which will be achieved in 2021, enabling anyone to run nodes on the network. This means the network can start to decentralise data without limit. With untrusted parties running nodes, features like end-to-end encryption to keep data safe are essential," Henri explains.

In the next 18 months, the Swiss startup will consolidate its 10 enterprise partnerships. It is working with a dozen of developers to build services on top of the Streamr network.