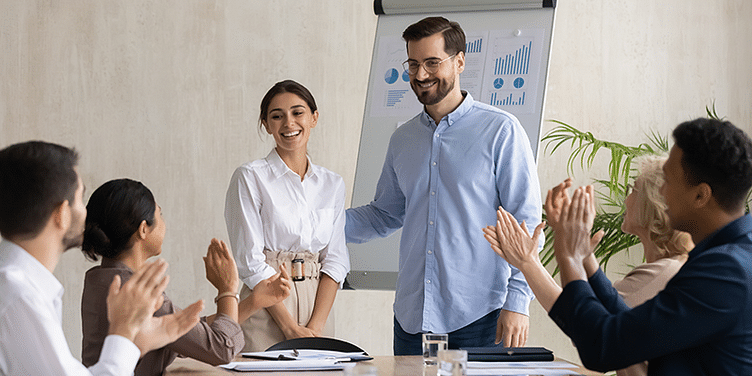 A Harvard Business Review (HBR) report pointed out that promotions at the workplace are more about relationships than skills. The report mentioned five key steps that people can take to rise in their careers.

In what feels like a long haul, we are finally at the end of the financial year. While the previous year may have had its challenges with a struggling global economy, salary cuts, zero hikes, and no promotions, things are slowly going back to normal. Many employees are looking forward to appraisals at the end of this unprecedented year, and hope to rise up their career ladders.

A recently published HBR report suggests that promotions at workplace is as much about relationships as it is about skills. When people hit a wall whilst vying for workplace opportunities, chances are they have been too focussed on their skills and not relationships.

A common phrase most aspiring young achievers hear is ‘you aren’t ready yet,’ especially when it comes to a promotion. The HBR report said -

“Most of us hit a point in our careers where the emphasis we’ve placed on accomplishing goals doesn’t return the same rewards. We’ve crossed an invisible line, and we usually don’t know it until there are repercussions.”

The report pointed to five actions one can take immediately and through the career years to strengthen relationships and get that raise more easily.

How to involve others

Teamwork and working well with others is an important skillset to hone. The HBR report said, “To be considered for promotions, senior management needs to see you’re able to work well with others. After all, companies don’t succeed through individual effort; they achieve results through collective leadership.”

Strategic thinking, recognising trends, connecting unrelated pieces of information, are all skillsets that can set you apart. To understand this better, it is important to ask - What are you known for?

“Take that skill and find a friendly way to share your gift with others to build relationships and add value to the team. For example, if you’re good at presentations, offer to provide feedback on a colleague’s dry run before their next big meeting. Or host a brown bag roundtable on best tips for presenting to executive management, where your team members can share their top recommendations,” said the report.

Once you start demonstrating that, the management will more easily think of you in a higher role.

“As you grow in your career, find opportunities to get feedback on how you show up to others. This will help you become aware of behaviours that may be decreasing your effectiveness, and avoid blind spots in self-awareness that can slow your career progress,” said the report.

The author of the report, Amii Barnard-Bahn, a former Fortune Global 50 executive, and a consultant, cited an example -

“Let’s review a previous client of mine, Aaron, who was told by his boss that he “just wasn’t ready” for promotion despite consistently exceeding his goals. When I interviewed his colleagues, I discovered that Aaron was being blocked for a promotion two levels up in his organisation by an executive who believed Aaron “wasn’t a team player” due to the way he’d led a turnaround."

"Aaron had been handed the leadership of a highly tenured and underperforming team with a mandate to “fix it,” and he went to work like a steamroller, reengineering operations and successfully hitting goals. But his success came at the expense of several long-time employees leaving and slamming Aaron’s reputation on their way out. The executive with the power to promote Aaron now viewed him as a “lone wolf” achiever."

"After Aaron and I worked together on how he achieves goals, he is now involving his team on strategy planning, listening more, and talking less — and the senior executive is noticing his shift from ‘me’ to ‘we’.”

It is nearly impossible to like everyone at work. There are some people who seem too difficult, some abrasive and some others who have completely different communication and working styles. But as a leader, it becomes important to be able to work with all personality types.

“The earlier you can identify the specific personality characteristics that are challenging for you, the more time you have to develop strategies for working effectively with them. This is important because until you do, history will repeat itself. The triggering traits will resurface in other colleagues. When you take accountability for getting along with coworkers of all types, you eliminate friction, and make it easy for management to promote you,” added the report.

Also, relationships change overtime, people change, mature, grow or even go to work at other places. And you never know where you meet them next. So it becomes important to invest in relationships, even those that don’t come easy.

“One easy way to do this: Reach out to a person outside your business unit that would welcome your help and commit to spending an hour with them once a month for a year to work on an issue they raise. A few years ago, I mentored a young woman who was brilliant — and painfully shy. From a different business unit, she approached me as a safe confidant. She recognised that her lack of assertiveness was impacting her ability to influence and be heard. Over a monthly coffee, we worked out an action plan with small behaviour changes to increase her confidence and executive presence that really added up over time. She was ultimately promoted, and I enjoy following her continued success,” said the author in the report.

Extra hours doesn’t always get you that promotion. While taking on additional responsibility is needed to get that promotion, it isn’t about saying yes to everything, it is about knowing what to say no to. Be judicious and diplomatic, and learn to delegate.

The report made it easier to decide. It mentioned some things you should say yes to: volunteering for cross-functional task forces and other opportunities to broaden your network, learn new skills outside your comfort zone, and earn the support of other executives outside your direct reporting line.

"Avoid purely social ones (like the office party) or those that lack the necessary sponsorship to get off the ground. Start forming your diplomatic “no” skills early. Just because you may be more junior in seniority does not mean you need to take on everything that comes your way,” said the report.

Thus, once you reach a certain level of consistency in achieving results, it then becomes all about the relationships.

“If it’s clear to management that you attract followership among your colleagues and achieve results through others, the next time a promotion opens up, they’re likely to bet on you,” said the report.