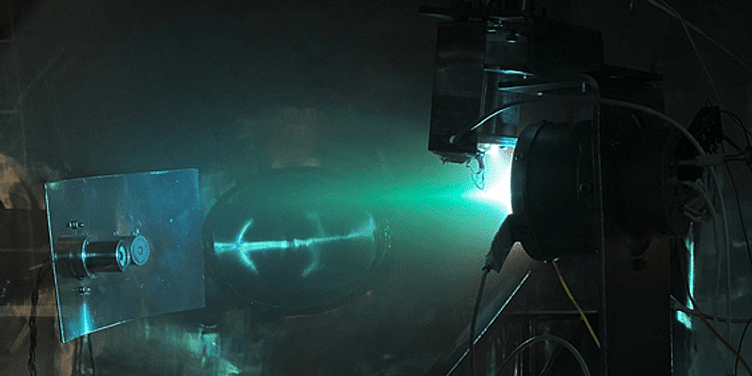 Spacetech startup Bellatrix Aerospace's Hall Thruster is a highly efficient electric propulsion system that's ideal for microsatellites weighing 50kg to 500kg and can be scaled up for heavier satellites. Bellatrix is working towards flying this thruster on a satellite mission in the coming months.

In a first in India, spacetech startup ﻿Bellatrix Aerospace﻿ has successfully tested the country's first privately built Hall Thruster, a highly efficient electric propulsion system that's ideal for micro-satellites weighing 50-500 kg and can be scaled up for heavier satellites.

Bellatrix is working towards flying this thruster on a satellite mission in the coming months, which it expects will open the space transportation company’s gateway to the commercial market by the end of this year, the startup said, adding that this thruster also forms a critical technology for the space taxi that it is developing.

“With this addition to our portfolio, we are in a position to offer best-in-class electric propulsion systems. We have designed this thruster with numerous considerations that make it an ideal engine to power the major satellite constellations that will be launched during this decade. Our Microwave Plasma Thrusters offer the highest thrust-to-power ratio for heavier satellites”, says Bellatrix CEO and CTO Rohan M Ganapthy.

The startup had earlier developed the world’s first commercial Microwave Plasma Thruster, which used water as fuel and for which it had bagged an order from the Indian Space Research Organisation (ISRO).

“Heaterless cathode technology is the key innovation that sets us apart from the competition by increasing the life and redundancy of the system. We are also the first in the country to have designed it to operate efficiently at very low current levels. The entire team of scientists and advisors at our Electric Propulsion System Division (EPSD) have put in relentless efforts to prove this can be independently done in India by a private company from scratch,” Rohan adds.

Bellatrix, which has been working on this technology in stealth mode for the past four years, said tests for its new thruster, which uses Xenon as fuel, were carried out at its Spacecraft Propulsion Research Laboratory at the Society for Innovation and Development (SID) at the Indian Institute of Science, Bengaluru.

The startup is working on other proprietary propellants that can make the propulsion system more compact and cost-efficient, it said.

Rajesh Natarajan, a senior scientist at the spacetech starup's EPSD division, says “The major challenge around Hall Thrusters comes with the complex plasma physics and precise engineering involved in taming the plasma behaviour. The plasma must be isolated from the walls of the thruster; hence, the smaller the thruster, the more complex it gets. The way to achieve this is less known. We have succeeded in developing the smallest Hall Thruster in the country."

Founded in 2015, Bengaluru-based Bellatrix is an IP-driven spacetech startup providing full-suite solution for spacecraft propulsion systems. Earlier in the year, Bellatrix had announced collaborations with other spacetech startups such as Skyroot Aerospace, SatSure, and Dhruva Space on its ambitious orbital transfer vehicle (OTV) mission.

Investor interest in Indian spacetech startups takes off. Here’s why

Trends and transformations: a deep dive into the dynamics of India’s thriving media ecosystem