Inspired by Airbnb, this entrepreneur started a platform to enjoy safe house parties 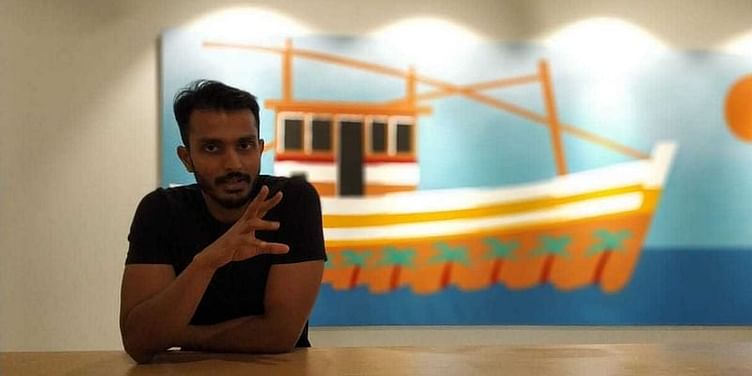 Founded by Shrinivas Shinde in 2017, Mumbai-based Playace verifies user’s identity and allows them to host or attend house parties. Since the COVID-19 outbreak, it has been hosting virtual parties.

Shrinivas Shinde was waiting for his Uber ride one Friday evening in LA in 2016 and he chanced upon a group of young people with bags full of beverages going to a house party. This brought a sense of nostalgia and the eureka moment for his startup Playace, which aims to be the Airbnb for house parties.

Launched in 2017, the Mumbai-based platform connects people looking to attend house parties with those willing to host one. It has now enabled more than 1000 house parties across major cities in India.

The platform uses a third-party API to verify users based on their information like phone numbers, social media accounts, government identification, and a picture. It then allows users to earn by hosting house parties or attend one by paying an average fee of Rs 500.

Before listing parties on the website, Playace reviews a video of the venue and suggests a price for entry to the party. The host can then approve requests by guests willing to attend the party, and Playace charges a commission of 25 percent.

It also offers a chance for artists to find new audiences by performing at various house parties. Based on their expertise, they get paid an average of Rs 700 per hour.

Operating on both C2C and B2C models, Playace counts on the urban millennial population in the age group 21 to 35 as its target audience.

“They are the people who come from various professional backgrounds looking to find a new, meaningful, and affordable avenue to socialise,” Shrinivas adds.

Advertisement is another revenue stream for the startup. Positioning itself as an experiential marketing platform, it enabled brands like Bacardi, ITC, Star Sports Select, We Work, Crossword, White Owl Breweries to tap various social groups through house parties.

The founder shares that not only has Playace become a platform to help hosts monetise their houses, but has also helped urban dwellers find their own community and overcome isolation.

Prior to the pandemic, the startup was actively hosting house parties in Mumbai, Pune, and other cities like Delhi, Noida, and Bengaluru.

“Focused on the domestic market, we are looking at an opportunity of $78 billion where millennials are shelling out 10 percent of their income on entertainment and leisure activities,” he says.

Bootstrapped so far with an investment of Rs 50 lakh from his personal savings, the entrepreneur focused on marketing, promotions, and team building in business development and technology.

“We constantly try to create engagements through social media by tapping current trends with relatable posts and testimonials,” he adds. Its peers include online event discovery platforms like Myscoot, Openout, and Beatmap.

After nearly three years of making house parties happen, the pandemic became a major challenge for the startup as maintaining social distance was a necessity, especially because the startup was gearing up to raise funds.

Shrinivas says, “Nobody knew how brutal it was going to be. Initially, everybody thought it would be a matter of a month or two. We all started working towards resuming listing parties in May and started working on other aspects of the operations, but things became more serious. The biggest challenge then was to keep the morale of the team intact.” The entrepreneur ensured his team members of their job security, despite the pandemic.

Navigating the market during the pandemic and looking at online experience was a difficult experience. Shrinivas says that although the market for virtual activities was already cluttered, it found its niche by picking up aspects of physical house parties like enabling good old conversation and began hosting virtual house parties.

However, the initial challenges included lack of motivation when his friends and family members did not believe in the startup’s potential. Finding the right tech and other talent was also another roadblock.

As it continues generating revenue from virtual house parties at the moment, Playace hopes to expand further in India and become the country’s first and largest provider of affordable house party experience.