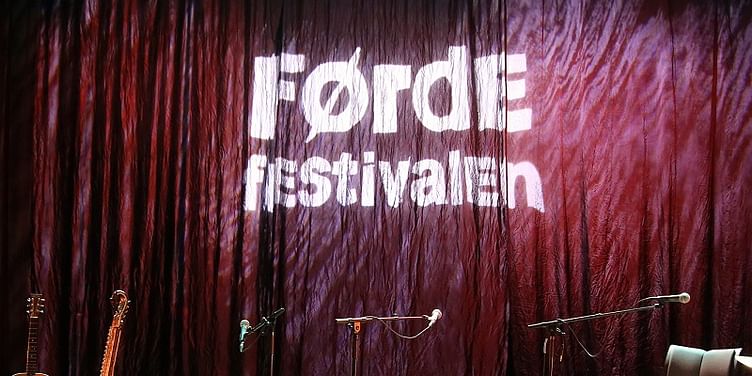 The pandemic has severely dented the live music industry. This award-winning festival scaled down its event this year to local bands, but the message of creativity shines through.

Norway’s annual Førde Festival of Traditional and World Music was cancelled last year due to the pandemic, but a scaled-down live version was held earlier this month (see my photo essay on the 2016 edition here).

First held in 1990, the award-winning festival is regarded as one of the premier showcases of world music in the region.  Usually, the festival is held over four days, with past events themed on aboriginal music, refugee rights, regional culture, and gypsy music.

In this photo essay series, we feature highlights from some of the performances of the 2021 edition, musician interviews, and insights from the festival organisers.

“In 2019, we celebrated our 30th edition, with over 40 bands. In 2020, the festival was cancelled due to the pandemic,” explains Torill Faleide, Festival Communication Manager, in a chat with YourStory.

For the 2021 edition in July, only bands based in Norway were invited, for a limited audience. Some of the highlights were performances by Kajsa Balto, Meelodi, The Kuraybers, Valkyrien Allstars, and Miss Tati’s Angola70. There were also dance performances by Kartellet, Margit Myhr and FRIKAR.

“Performers have had the most difficult times. But brave and creative musicians have been working and recording music. Some sent virtual concert videos from their living rooms, for example,” Torill recalls.

“Some of them had their first performance this month, after a gap of almost two years. It’s so touching and emotional,” she adds.

Fortunately, the Førde festival receives public funding. “The Norwegian government made it possible for festivals to survive, and thereby for musicians to a certain extent. It was not easy for all of them, but some programmes for support have been available,” Torill explains.

“The pandemic affected us socially and mentally, as music is to be shared and played together. Unfortunately, we could not gather, share or socialise,” laments Sibusisiwe ‘Busi’ Ncube, a singer-performer from Zimbabwe.

But on the positive side, she had a chance to concentrate on her instruments (guitar and mbira), and is preparing for things to open up again. “We have a lot of live gigs lined up and signed contracts up to March next year,” Busi says.

Her group is composing new music. “We may have an album coming up this year,” she adds. Her saxophonist Kristin Sevaldsen is a professional studio engineer as well.

“Perfoming in Førde meant a lot to all of us, but at the same time it brought back the stage fright after two years of absence from a live audience,” Busi jokes.

“But it was a wonderful feeling! I almost had a lump in my throat with emotions both for us and our audience who were yearning so long for concerts,” Busi signs off.

(All images by Førde Festivalen)