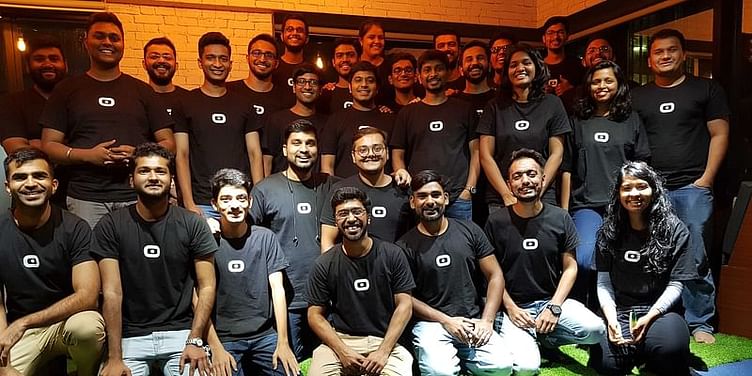 ION Energy’s advanced electronics and software platforms can support Amazon’s commitment to meeting The Climate Pledge, a commitment to be net-zero carbon by 2040.

ION Energy, an energy-tech startup building advanced electronics and software platforms for new energy enterprises, announced that it has raised $3.6 million in a pre-Series A funding round.

The funds will be used to grow the ION team to 125+ (currently 70), invest in product development, and expand the software business in North America and Europe.

As part of the round, Anup Menon, Head of Strategy and Emerging Technology at Bank of America will join ION’s Board of Directors.

“Globally, we believe 2021 will be the inflection point for the new energy transition as both companies and governments come together towards reducing carbon emissions. At ION, we’re confident that advanced electronics and software that help enterprises accelerate this transition will become mission-critical to meet our goals of a zero-carbon future,” said Akhil Aryan, Co-founder and CEO of ION Energy.

Founded in 2016, the five-year-old startup is headquartered in India, with operations in France and the US. ION’s flagship offering is a smart battery management platform (BMS) that leverages proprietary algorithms to improve battery life and performance. The BMSs are typically sold as a product or a technology license to original equipment manufacturers (OEMs) that are developing lithium-ion batteries and/or electric vehicles.

Today, the company works with more than 75 customers in the mobility and energy industry across 15 countries, including India, France, Spain and the US. Most recently, ION announced its partnership with Spanish electric scooter startup, Ray Electric Motors. To date, ION’s customers have deployed 60,000 smart BMS in electric vehicles and stationary storage systems.

In 2019, with the increase in deployments, the company recognised the need for a dedicated battery analytics software and launched Altergo (previously Edison Analytics). Altergo is currently focused on helping owners and operators of battery fleets improve the operational efficiency of their assets post-deployment.

Last year, US energy storage developer esVolta announced it is deploying Altergo across its entire portfolio of battery storage systems, totalling to 581MWh.

“As we continue to identify visionary companies whose products and solutions will facilitate the transition to a low-carbon economy, we’re proud to invest in ION Energy, our first investment in India through the $2 billion Climate Pledge Fund,” said Kara Hurst, Vice President and Head of Worldwide Sustainability at Amazon.

The investment will enable ION to serve the customers that are in its over $15 million order pipeline, and invest into growing the SaaS business exponentially.